Slow modernisation of the armed forces is being justified by the Make-in-India project. However, even on the indigenisation front, we aren't seeing much progress. 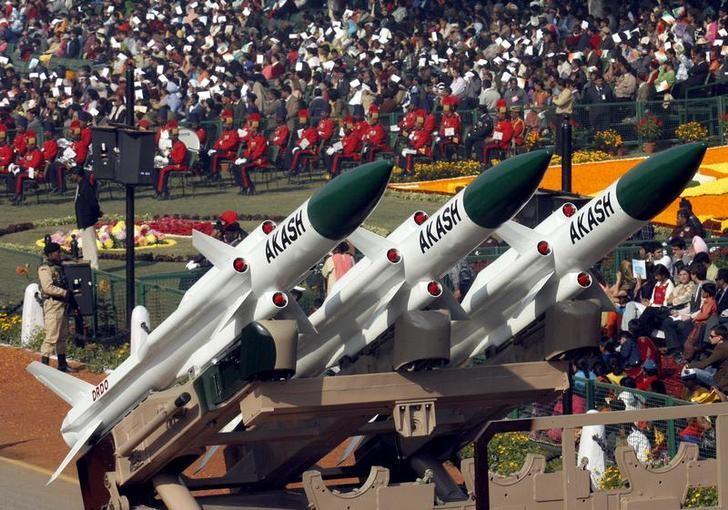 The defence allocations for 2018-19 of Rs 2,95,511.41 crore – the lowest since 1962 – should get a thumbs up. Contrary to popular wisdom, modernisation will not be affected. Moreover, the allocations are helping the government’s political objectives, a first in independent India.

Modernisation of the armed forces and war-preparedness are not similar. The latter comprises achievable military objectives, military reforms to meet the defined objectives, modernisation to acquire essential capabilities and capacities and abandoning of domain-specific challenges for integrated joint-training by the defence services.

The end-result of war-preparedness is deterrence — whereby the enemy desists from machinations lest matters escalate. India’s credible deterrence would compel Pakistan to stop the proxy war, much as China would restrict, if not completely end, its border transgressions.

Since India’s stated military objective is to fight the unachievable and suicidal two-front war with Pakistan and China, three things become evident.

One, the political leadership has decided that, whatever the provocation, it will not initiate war with the two adversaries who are in cahoots with one another. It would, instead, utilise military force for grandstanding and an occasional flexing of muscles for domestic consumption. Pakistan and China, which are accomplishing their political objectives by the proxy war and regular border transgressions respectively, have little reasons to up the ante.

Two, since India does not intend to start a war, the need for sound military reforms becomes unnecessary. What we might get are piecemeal reforms which while not optimising war-preparedness, would satisfy analysts as work-in-progress. And three, the military leadership, which gets laurels, promotions and status from counter-terrorism operations (CT ops), have devised the unattainable military objectives to garner maximum capabilities and capacities by modernisation. The latter would result in progressive empire building – creation of more organisations which would improve officers’ career prospects.

Also read: Defence Budget 2018: The Proof of the Pudding Is in the Eating

Since the purpose of modernisation is not war-preparedness, it is not time-sensitive. Defence minister Nirmala Sitharaman couldn’t have been more explicit about it, “Defence modernisation is an ongoing process which we will prioritise between competing demands (of defence services)”.

The real challenge for modernisation is not finances, but the excruciatingly long and archaic procurement procedures which have to negotiate the bureaucratic maze of defence and finance ministries, the disruptive Defence Research and Development Organisation, and the ambiguous strategic partner benchmark under the Make in India policy before final approval by the cabinet committee on security. As a thumb rule, any major procurement takes a minimum of seven to ten years from floating of the tender to contract signing.

Little wonder that in the last two decades (including FY 2017-18) the defence ministry has been able to use the allocated capital allocations only thrice. So, unless the procurement procedures are made simple, transparent, assured and foreign manufacture-friendly, there is little need to increase capital outlays. After all, the ministry of defence can seek supplementary demands for defence if an acquisition has urgent operational requirement or it helps improve strategic ties with friendly nations. Thus, all discussion on increasing the present defence allocation from 1.58% of GDP to 3% is mere shadow-boxing.

This aside, the Budget meets the government’s political objective, which is to be seen as supportive of the armed forces in terms of their stature and privileges, hence there is an unprecedented 26% increase in defence pensions over the FY’ 2017-18, and more allocations for revenue (pay and allowances) rather than capital (for new acquisitions) spending. Monies apart, the government has elevated the stature of soldiers to national icons through a carefully-crafted social campaign in which even celebrities have been roped in.

This serves two purposes. One, it has quietened the serving officers and veterans from raising concerns about relentless loss of life – due to the absence of a political process – in conflict-ridden theatres like Jammu and Kashmir; and two, it allows the government to use the military for political rhetoric.

Wise words from another general, George Patton of the US Army, wouldn’t be out of place here. He said, “The object of war is not to die for your country but to make the other bastard die for his.”

That said, the official spin-doctors are justifying slow modernisation by arguing that the government is committed to indigenising the defence industry and generate employment under Make in India project.

The announcement by the finance minister on the creation of two defence industrial production corridors, and the intent to bring out an industry-friendly defence production policy is being offered as evidence of that intent. Nothing wrong with this noble intent except that unless the government genuinely invests in research and development and provides a level playing field to the private sector, India would remain dependent on foreign companies for its state-of-the-art defence needs. The Budget gives no indication of this happening.