Davos: It’s the Twilight of Neoliberalism – and the Elites are Afraid of the Dark

If the perverse inequalities of the present are to be reversed, it will not be a result of the duplicitous concerns of those who have stood to benefit from neoliberal capitalism. 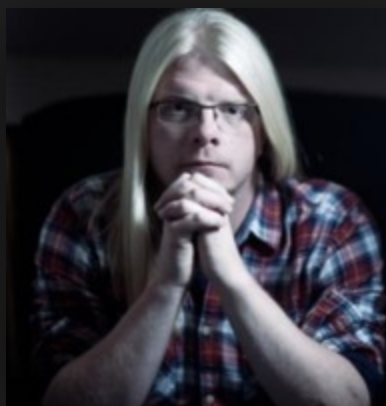 Last week, the global 1% converged, as they do every year, in Davos for the World Economic Forum, along with political leaders, media personalities, policy experts, and fading pop stars like Bono. At the Swiss ski resort, they discussed the state of the world – and one topic got a lot of attention, namely inequality.

There is, of course, good reason to talk about inequality. As Oxfam has revealed, in 2018, just 26 people owned the same amount of wealth as the 3.8 billion people who make up the poorest half of humanity. And we know, of course, that this is part of a trend that has been unfolding since the early 1980s. It goes without saying that this is one of the defining crises of our time and of our political and economic order.

But it is worth noting the tone in which inequality is being talked about in Davos. As Guardian columnist Aditya Chakraborty has pointed out, the elites at the World Economic Forum are gripped by inequality anxiety. The oligarchs are deeply worried about the political ramifications of inequality – and particularly the prospect of popular anger being directed against them and the economic system that they preside over and profit from.

Elite anxiety about the possible backlash against the neoliberal project that they have spearheaded for the past four decades is not new per se. Indeed, it has been writ large in reports, policy statements, and speeches for some time now. In 2014, for example, IMF Director Christine Lagarde cautioned against the “pernicious effects” of inequality, and the OECD called attention to the “urgency” of tackling inequalities as early as 2011. What this signifies is that a painful awareness has emerged among the rich and the powerful that they are no longer capable of reconciling accumulation and legitimacy.

They may still be able to profit from the current economic system – indeed, the numbers from Oxfam tell us very clearly that they do – but this system does not appear as fair and reasonable in the eyes of the people that find themselves at the losing end of morbidly skewed spectra of wealth and income distribution.

My colleague Laurence Cox and I have called this scenario the twilight of neoliberalism. Whereas the neoliberal order has not yet collapsed, we argue in our book We Make Our Own History, it is certainly unravelling – both from above and below. And the anxiety in Davos tells us that the elites are afraid of the dark.

It is important to be aware that this is not the first or only example of elite nyctophobia in the long history of capitalism. For example, Marcus Rediker and Peter Linebaugh have shown how, during the birth of capitalism, those who held power and wealth in society feared the wrath of the mass of people who had been uprooted and impoverished by waves of dispossession remarkably similar to those of the neoliberal era. Of course, their fears were well founded, as this mass – often referred to as a “many-headed Hydra” – rose time and again to challenge deprivation, unfreedom, and disenfranchisement.

Also read: Modi’s Three-Point Pitch at Davos Rests Strongly Only On One Leg

During the nineteenth century, these same anxieties gave rise to an elite concern with “the social question” – that is, with the need to address want, disease and illiteracy among the groups who languished in the underbelly of industrial capitalism. This, it was believed, was imperative in order to prevent the kind of anti-systemic uprisings that 1848 had shown to be a real possibility.

However, it was not elite anxiety that brought about greater degrees of equality – it was popular struggles. During the second half of the twentieth century, workers’ movements, anti-colonial movements, the women’s movement, and anti-racist movements forced through forms of redistribution and recognition that levelled, to some extent, the inequalities thrown up by capitalist accumulation.

In that fact resides a pivotal lesson for today – namely, that if the perverse inequalities of the present are to be reversed, this will not be a result of the duplicitous concerns of those who have stood to benefit from neoliberal capitalism. On the contrary, it will be a result of the collective action of those at the margins of this system – that is, of those that the elites in Davos are so very much afraid of.

Alf Gunvald Nilsen is Professor of Sociology at the University of Pretoria.