The ‘Other’ Visa Issue: Acknowledging the Crisis That May be Looming For H4 Visa Holders

If the recently acquired extended employment authorisation for dependents is overturned – which appears increasingly likely under the Trump administration - it will push many people several years behind. 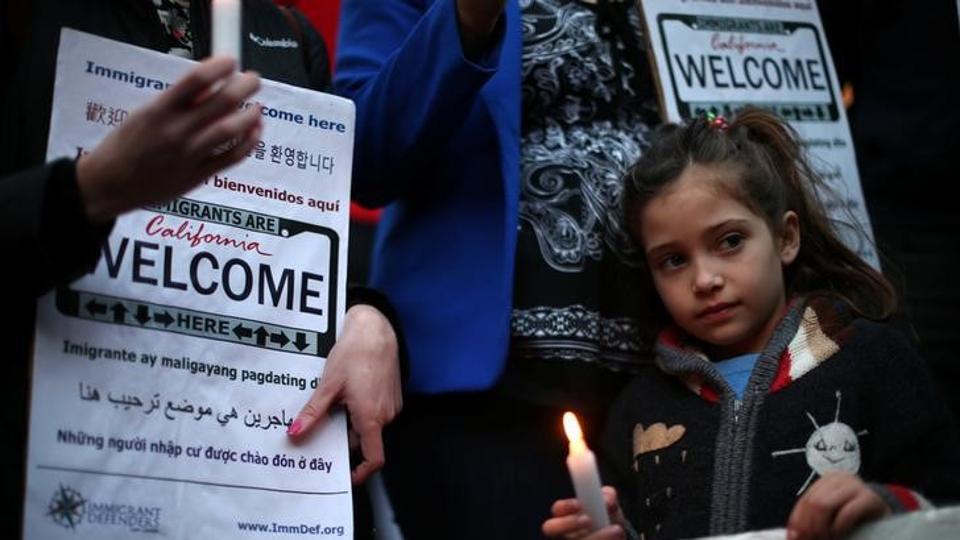 Dependents living in the US with H4 visas will very likely be affected because of Trump's immigration policy. Credit: Reuters/Files

If the recently acquired extended employment authorisation for dependents is overturned – which appears increasingly likely under the Trump administration – it will push many people several years behind.

Dependents living in the US with H4 visas will very likely be affected because of Trump’s immigration policy. Credit: Reuters/Files

Before May 2015, H4 visa holders – dependent spouse and children of H1B visa holders in the US – were not allowed to seek employment in the US. By law, H4 visa holders were compelled to be “dependents” in every sense of the word as they couldn’t attain financial independence through work, open a bank account, secure insurance cover or a driver’s license without their spouse’s consent (since they were the primary visa holder) or get a social security number. Scores of dependents consistently petitioned the US government to pay attention to the peculiar H4 visa trap that disabled them from realising their professional and career goals, irrespective of their qualification or past work experiences. In online forums and public meetings, dependents pointed out that their lives were in complete contradiction to the American ethos that believed in allowing everyone to achieve their dreams. They shared the severity of their problems, their stories of intellectual and mental isolation, sense of loss of identity and confidence, and the financial dependence that complicated their lives.

In May 2015, the United States Citizenship and Immigration Services (USCIS), Department of Homeland Security, made an announcement that impacted the lives of tens of thousands of dependents. As part of the immigration reforms undertaken by the Obama administration, the USCIS extended employment authorisation (EAD) to a certain section of H4 dependents. In its current form, the EAD is granted only to those H4 visa holders whose spouses’ green card applications are in an advanced stage of processing. Even with this limitation, it is anticipated that thousands of women have already benefited from the EAD. Without doubt, it has been hailed as a step in the right direction as it recognises the need for equal work rights for both the dependent and the primary visa holder.

Since the passage of the EAD, immigration lawyers, activists and women have been working tirelessly to advocate the expansion of the authorisation such that it can benefit all H4 visa holders. Even though this seemed an achievable dream at least until a few months ago, there is now a complete danger that it may be repealed by the current Trump administration, which is rapidly undertaking a different set of reforms, mostly to counter immigration and immigrants.

In the past two weeks, the frenzy around H1B visa in the Indian media and the IT sector has not taken into account the implications it can have on the H4 visa with respect to the EAD. Historically, dependents’ immigration stories have remained outside the mainstream policy discourse (in the context of the US), which has almost always focused on the H1B visa. The overt focus on the productive ‘labour force’ has meant complete neglect of the experiences of H4 visa holders who have never been a part of the labour market even if they are completely capable of being economically productive.

There is absolutely no clarity yet on the EAD for H4 visa holders, but considering the current trend, the situation looks bleak. If the H4 EAD gets overturned, it will regrettably push H4 visa holders, many of whom have secured jobs only recently, several years behind. More importantly, it will continue to perpetuate stark gender hierarchies because a disproportionately higher number of H4 visa holders are women (most H1B visa holders are from professions that are male dominated, such as the IT sector).

Considering the proportion and number of dependents in the US from India in the past decade, and that in the 2015 fiscal year alone, 82% of the total 1,24,484 H4 visas were issued to Indians, we hope their lives, aspirations and careers will feature as much in the Indian administration’s discussion as the H1B visa.

Divya Ravindranath is a researcher based in Ahemdabad. She has previously written on this subject in Economic and Political Weekly.