GDP for Q4 FY'21, however, grew at 1.6%, according to new data released by the NSO on Monday evening. 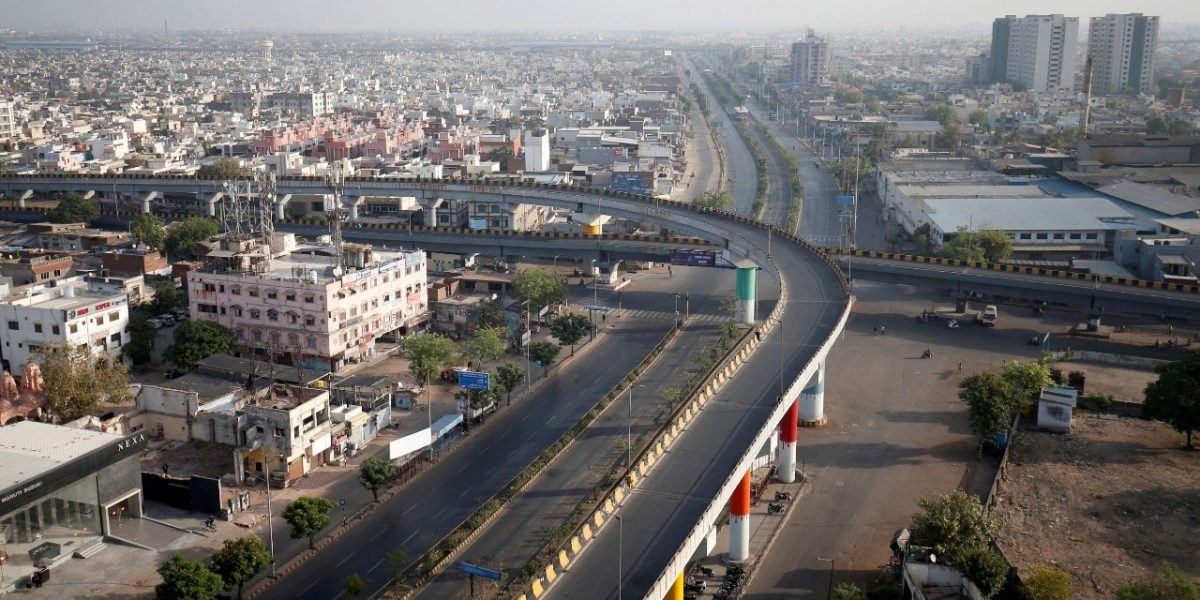 Representational image: Empty roads during a 14-hour long curfew to limit the spreading of COVID-19 in Ahmedabad. Photo: Reuters/Amit Dave

The Wire Staff
Economy
Government
31/May/2021

New Delhi: India’s economy contracted by 7.3% for the fiscal year 2021 (FY’21), according to new government data released on Monday evening, in what is the latest sign of the economic toll that the coronavirus pandemic and subsequent lockdowns have taken.

Gross domestic product (GDP) for the January-March quarter of FY’21, also known as Q4, grew at 1.6%. This would make it the second straight quarter of growth after exiting the historic technical recession caused by the first wave lockdown. For Q3 FY’21, GDP growth came in at 0.4%.

The FY’21 growth numbers announced on Monday are broadly in line with projections that had been made earlier. For instance, the National Statistical Office (NSO) had projected a GDP contraction of 7.7% in 2020-21 in its first advance estimates of national accounts released in January this year.

The NSO, in its second revised estimates, had projected a contraction of 8% for 2020-21.