COVID-19 Pandemic: Are State Finances on the Road to Recovery?

While they will require a longer time to recover, the time is ripe for new thoughts on devolution of further taxation power, new sharing of central taxes and maybe continuance of GST compensation for a further period. 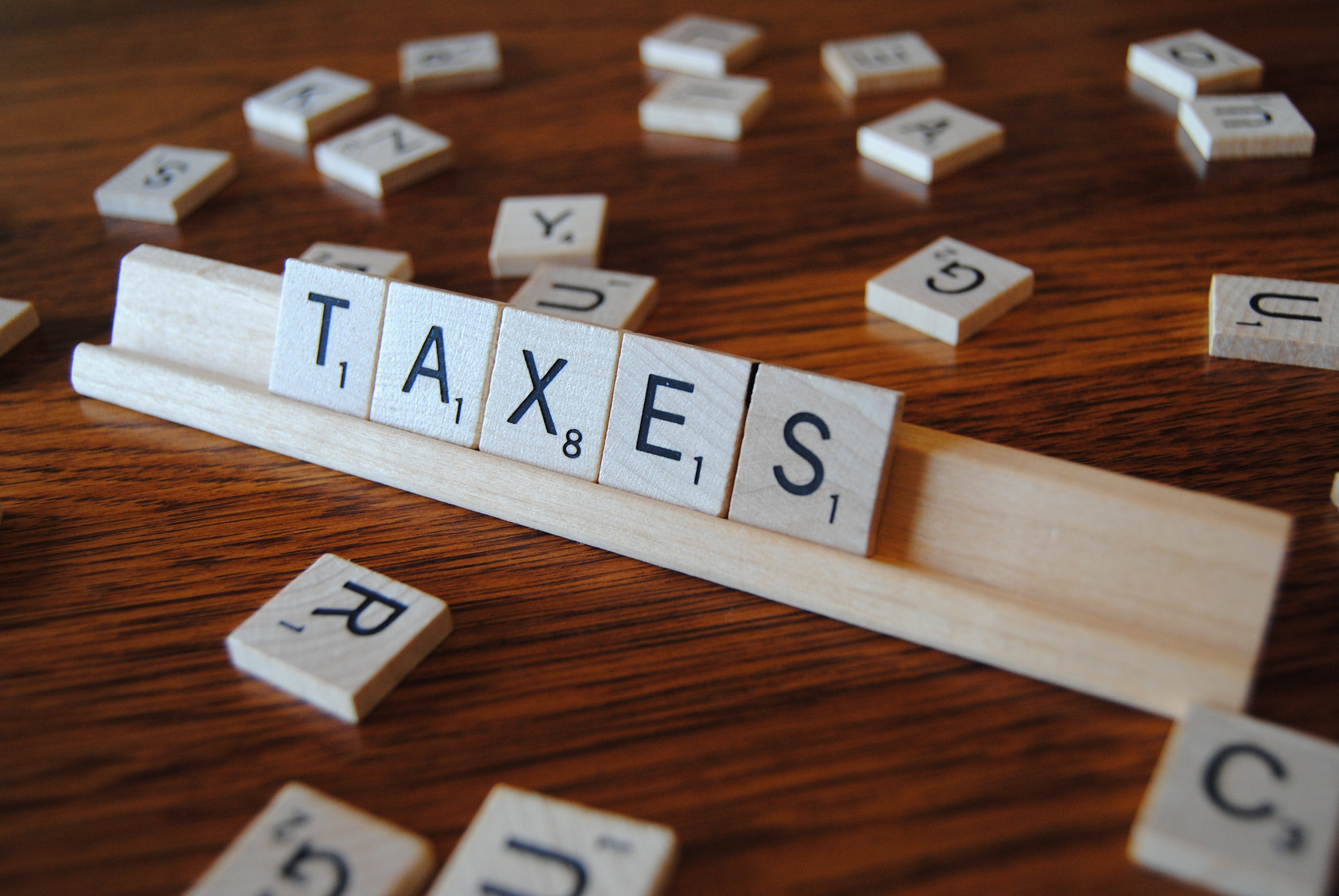 The recovery in the Indian economy over the last few months has surely given hope of late.

But what is happening to the finances of the states? The states are enjoined to provide public and merit goods, they typically provide larger share of capital outlays, and run welfare programmes. They also are in the frontline of COVID-19 management and support the vulnerable sections of the society, as they did for the returning migrants and informal workers.

How is their fiscal position? How has been their revenue collection and expenditure pattern during the pandemic year? While handling the shortfall of revenue with surging expenditures, which sectors got low outlays, and which ones got boosts? What is the fiscal position that is likely to emerge at the end of the year, and the overhang of the same they are expected to carry forward? What is the debt position of the states and the likely impact it will have on capital expenditure? What is the prognosis for the sectors, and where reforms are lined up in sectors like power, education and healthcare?

The Goods and Services Tax (GST) regime is the main source of revenue for the states and accounts for a significant share of their own tax revenue (OTR). The pandemic resulted in lockdown, lower consumption confidence as well a shift towards consumption of basic necessities which are either exempted or taxed at lower tax rates. The collection of GST has come down by 20% – 40% in large states compared to the 2019-20 revised estimate or the budget estimate of the current year. In some states like Maharashtra, it has declined by relatively more.

The states, having surrendered their autonomy, had very little recourse left to raise their OTR. Twenty two states and UTs  hiked their duties under VAT ranging from Rs 0.60 to Rs 8 per litre of petrol/diesel and 25 states and UTs increased the tax on alcohol by 10% to 120%. Their other sources of revenue such as stamp duty and motor vehicle tax was not of great help in a contracting economy. With GST revenue collection being contingent on the nominal growth rate of gross value added (GVA), it is impossible to see an improvement in collection in the next fiscal unless GVA increases. We are still not out of the pandemic and states finally have limited taxing power and less buoyant taxes.

The GST compensation issue was bedeviled by the ambiguity of time and the amount of compensation.  Finally, it was decided to pass on to the states as loans. It will reflect as capital receipts of the state governments and add to the fiscal deficit of the states.  Another sleight of hand by the central government intended to reduce the effective revenue deficit of theirs.

Central tax transfers comprise 25% to 29% of the states’ total revenue resources.  In case of UP, it is 80% of their own tax revenue.  Significant shortfall in the transfer to the states has been experienced this year.  Against the mandated 42% transfer to the States most states expect they would close the financial year with 25% to 30% less. The reduction of corporate tax rate had decreased the sharable pool by close to Rs 1.5 lakh crore to begin with. Next is base erosion of the central taxes by increasing recourse to cesses and surcharges by the Central Government. It is said to have  become 16% of the gross tax revenue of the Centre and is not sharable. To illustrate, in 2017  a litre of petrol used have a levy of Rs. 9/- central excise and Rs. 12/- as cess.  Now the central excise is reduced to Rs 2.95 and the cess is increased to Rs 30/- per litre, reducing the base of sharable amount to Rs. 2.95 depriving states of their claim.

Fiscal pressures created by compression of tax receipts and enhanced expenditure on pandemic has been intensified by the operation of the ‘scissors effect’ with expenditures surging and revenue collapsing as per the Report on State Finances by RBI.  Only lifeline offered was enhancement of their borrowing limits to 5% of the GDP.  But the addition to the debt and off-budget loans and guarantees are also exacerbating their fiscal sustainability, particularly in the background of significant net accretion of guarantees since 2017-18.

Debt sustainability — i.e. the ratio of payment of interest to revenue receipt –is higher than the threshold provided by the Finance Commission and is likely to go up further in 2020-21.  Debt to GDP ratio is expected to rise for 13 states by 13% and for 19 states by 25%.  What does it entail for the states? This will inevitably lead to curtailment of capital expenditure. States’ capital expenditure which accounts for more than 60% of general government capital expenditure is prone to adjustment and depends upon the revenue generation   The states maintained revenue spending with reallocation but the capex had to be cut compared to 2019-20. On an average capex has come down by 20% to 30% in different states given the rigidity of their non-discretionary expenditure such as salary, pension, interest and loan repayment and Externally Assisted Projects.  Health response required higher spending and so did relief to vulnerable sections and returning migrant workers. 22 states provided financial supports accounting for 0.3% of GDP. The menu of options exercised for were deferment of retirement of government employees by one year, freezing of dearness relief, stoppage of leave encashment and increments to reduced payment of salary.

What is the next year likely to be in this background when revenue is unlikely to perk up substantially in a recovering economy and the demand of revenue expenditures are likely to stay stubborn?

Larger increase in the revenue expenditure can’t be provided  unless the window of borrowing upto 5% of GDP is kept open.  But the matter of concern is what will happen to New Education Policy, Health sector investment, and Power sector reforms.  Some reforms initiated by GOI in May – June this year have a slim chance of succeeding when the financial situation of distribution utilities is parlous.  Covid-19 had impacted the power demand to begin with. Large accretion of guarantees, going by history, is always followed by debt.  In that event, another round of bail out cannot be ruled out .

NEP-2020 is unlikely to get a push and without incentives to states  nothing much can be expected  to happen.  In education 97% of institutions  are at the state level. Most of the frontline healthcare facilities are also in the state sector.   The states would be forced to  enhance their health budget, but most of it will go towards COVID-management and logistics for vaccination.  In the process the money usually meant for regular healthcare will not be available and resultantly health services in the public sector will be at the lower level.  Nutritional schemes like ICDS will also face stress.  Many states have expanded the schemes like mid-day meal other nutrition based schemes. But with the reduction of flow of money, the required amount will not be available to provide a full fledged coverage for of their planned nutrition. Welfare and poverty alleviation are also likely to take a backseat. Central government’s commitment to farmgate infrastructure and in fisheries are likely to remain a tokenism.

The states are vulnerable to downturn with large responsibility for pro-cyclical spending when the chips are down. With higher debt levels they face tightening debt servicing constraints. The state finances will require longer time to recover and transition back to fiscal target will require minimum two to three years.  But time is ripe for new thoughts on devolution of further taxation power, new sharing of central taxes, merger of cesses and surcharges with the tax and maybe continuance of GST compensation for a further period.  After all, the states are in the dark side of moon and recovery will take much  longer to shine on them.

Satya Mohanty is Former Secretary to GOI. Views are personal.