A handful of key indicators show that the pace of economic revival in July 2020 and early August 2020 may have slowed down. A cobbler waits for customers at his roadside stall, during complete lockdown on weekends to curb COVID-19 spread, in Lucknow, Saturday, Aug. 8, 2020. Photo: PTI

New Delhi: A mixed bag of recent economic signals over the last few weeks has cast a faint shadow over India’s growth recovery trajectory after the national COVID-19 lockdown, while also prompting questions as to whether smaller state and city-level lockdowns are preventing economic activity from hitting pre-coronavirus levels.

A handful of key indicators – including purchasing managers’ surveys, fuel sales and mobility data – show that the pace of economic revival in July 2020 and early August 2020 may have slowed down.

For instance, the India Manufacturing Purchasing Managers Index, released last week, stood at 46 in July compared with 47.2 in June. Any reading below 50 on this index indicates contraction in business activity.

Eliot Kerr, an economist at IHS Markit told media publications that the survey results showed a “re-acceleration of declines” in the key indices of output and new orders, undermining the trend towards stabilisation seen in June.

“Anecdotal evidence indicated that firms were struggling to obtain work, with some of their clients remaining in lockdown, suggesting that we won’t see a pick-up in activity until infection rates are quelled and restrictions can be further removed,” he said.

Its sister index, which measures services business activity, clocked in marginally higher in July at 34.2 compared to 33.7 in June — but remains close to the lowest recorded in nearly 15 years of data collection, surpassed only by the historically low readings in the last three months.

One particular metric that has added to the growing consensus that micro lockdowns and a continuing fear of the virus spread has slowed movement and stopped some industrial activity is the sale of fuel.

Consumption of refined fuels, a proxy for oil demand, fell to 15.68 million tonnes in July, 11.7% lower compared with a year earlier and 3.5% below the prior month, data from the Petroleum Planning and Analysis Cell (PPAC) of the Ministry of Petroleum & Natural Gas showed.

Diesel consumption, which accounts for about two-fifths of India’s overall fuel usage and is widely used for transportation as well as for the country’s irrigation needs, fell to 5.52 million tonnes last month from 6.31 million tonnes in June. This narrative gains currency when combined with most recent mobility data from Google and Apple – which have been keenly watched by economists around the world – which show that movement in urban areas at the very least have suffered in India over the last few weeks after increasing in May 2020 and June 2020.

“Overall India’s average reveals not much improvement in Workplace Mobility and in fact decline in mobility to grocery and pharmacy [stores] compared to Jun 2020. The Mobility Index reconfirms our fear of the economy losing much of the momentum in July with restricted and self imposed mobility across states,” a recent report by State Bank of India’s (SBI) research wing noted.

Indeed, SBI’s own ‘business disruption index’ – which is based on certain high frequency indicators such as labour participation rate, mobility data, RTO revenue collection and electricity daily maximum consumption – shows that July 2020’s levels are largely unchanged from the previous month and are a far cry from pre-COVID-19 levels. A few other economic signals have added to a mixed picture. For instance, according to RBI data, bank credit shrank 0.8% in the two weeks to July 17 from a fortnight ago.

A separate regular survey conducted by the central bank showed that consumer confidence in the Indian economy hit historic lows in July 2020, although respondents indicated that they had a far more optimistic perspective when it came to future economic prospects over the next year.

On the tax and government revenue  front, GST (goods and services tax) collections have been limping back to normalcy, with the Centre clocking gross GST revenue of Rs 87,422 crore in July 2020. This figure is still less than what was recorded in July 2019 and even June 2020 – although the latter comparison can be explained by the fact that last month’s data included delayed payments from April 2020 and May 2020.

What are more encouraging signs?

For one, a few key rural economy indicators present a more firm picture. As Credit Suisse’s Neelkanth Mishra has noted “most companies have reported a robust rebound in rural sales”. “Not only tractors, but rural sales of cement and soap are also doing better than urban sales, and are nearly back to pre-crisis levels,” Mishra wrote recently.

Secondly, India’s fall in factory output has been easing. While the index of industrial production fell 16.6% in June, the decline is far less than the 30% contraction seen in May and the over 50% fall seen in April.

A slump in factory output eased in June, according to latest government data. While the index of industrial production fell 16.6%, the double-digit decline is shallower than the more than 30% contraction seen in May and over 50% fall in April. 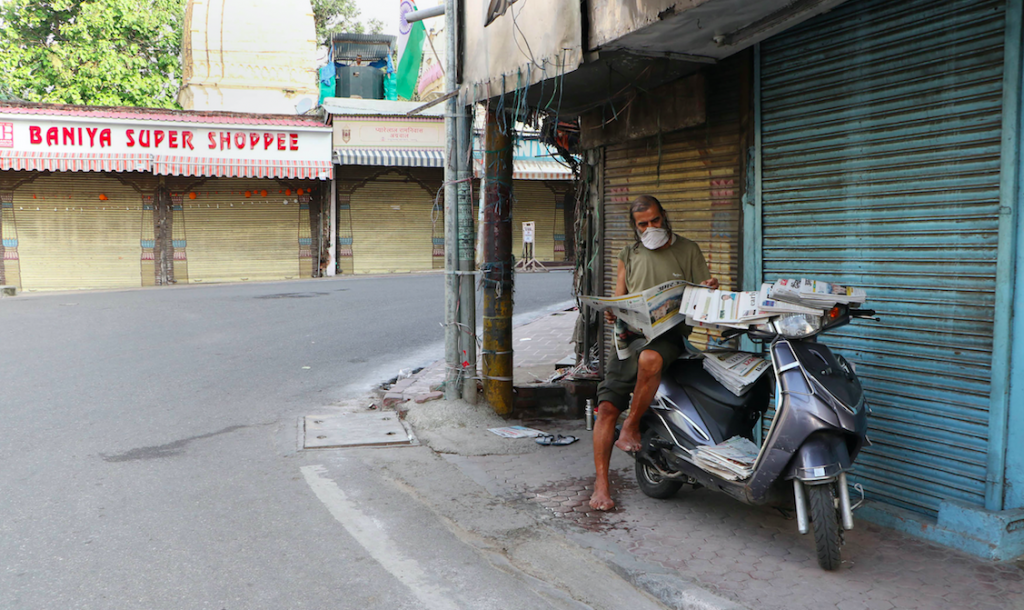 Lastly, unemployment data put out by the Centre for Monitoring Indian Economy (CMIE) shows that the jobs crisis in the informal sector has eased heavily from June onwards, although there are worries still in the salaried segment. CMIE data notes that overall unemployment fell from 10.99% in June, to 7.43% in July. At the peak of the COVID-19 crisis, CMIE recorded unemployment at over 20% – in comparison, the overall unemployment rate between August 2019 and February 2020 stood between 8.19% and 7.16%.

According to the Nomura India Business Resumption Index, which tracks the pace of economic activity, there has been a slight improvement in the week ended August 9, but its team led by economist Sonal Varma said the data may be reflecting pent-up demand (as could be the case with passenger vehicle sales, which are recovering smartly) and thus point towards an uneven recovery.

“However, a second wave of COVID-19 cases, combined with a ‘rolling wave’ in traditionally safer states (in the south and the east), increase risks of protracted quasi-lockdown measures and tempering of sequential improvement in activity once the post-lockdown momentum ebbs,” wrote Varma and Aurodeep Nandi.

On July 17, the Press Trust of India reported that the Centre was worried about the effect of micro lockdowns and that the issue had been discussed by “top government officials” as the most recent economic indicators such as e-way bills, electricity demand and mobility indices suggest the recovery seen after opening up since June 1 may have lost momentum.