It's Not Hard to Believe That India's Consumption Expenditure Has Fallen

Declining per capita consumption is compatible with the growth of economy-wide income in the presence of a shift in the income distribution. 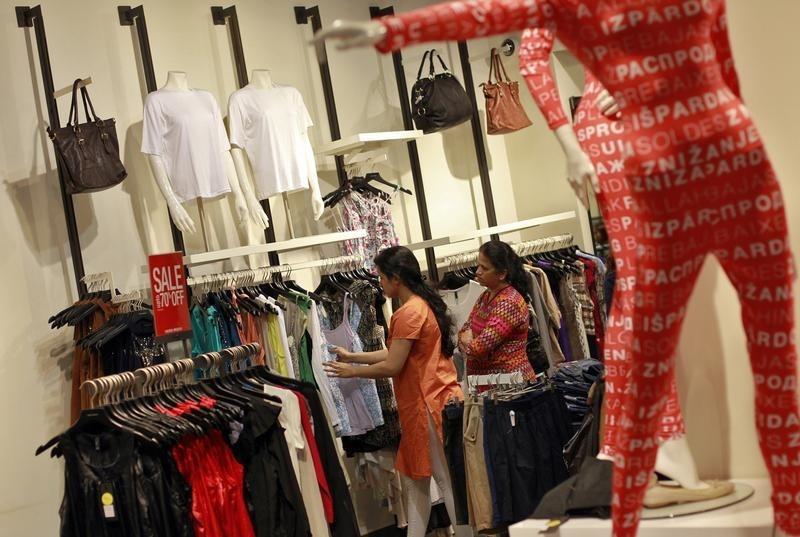 People shop for clothes during a seasonal sale at a store inside a shopping mall in Mumbai July 14, 2012. Photo: Reuters/Danish Siddiqui/Files

Ever since the findings of the most recent NSS consumption expenditure survey were reported in a leading newspaper, there have been expressions of scepticism regarding them. These have come from economic journalists of very long standing and from economists who work with the Modi administration today or have done so in the past.

The scepticism pertains to the finding that between 2011-12 and 2017-18, per capita consumption in real terms, or at constant prices, has fallen. The decline was registered for rural India, with consumption in urban areas recording a small increase.

The government, we are told, has shelved the report due to its “adverse findings”. The commentators, on the other hand, reject it on grounds of the implausibility of the finding of a decline in consumption. The argument made is two-fold. First, it is pointed out that as per capita income (GDP) rose in 2017-18, and has risen consistently since 2011, it would be unusual for consumption to decline. Secondly, it is argued that the NSS’s estimate of consumption growth appears implausible when judged against other economic indicators. Both these arguments are non sequiturs, and may be challenged on a common ground. They emerge mainly from thinking of the world in terms of identical individuals, the staple of modern macroeconomics.

Declining per capita consumption is compatible with the growth of economy-wide income in the presence of a shift in the income distribution. Shifts in the distribution of income can come about in two ways. In an economy with only one sector, it could result from an asymmetric impact on different groups of a common shock.

The typical example is that of a cut in the wage which would make workers worse off while making firms better off. Now, even if firms increase their investment, leading to growth of the economy, per capita consumption would decline, as the workers are poorer and usually the greater part of the population. This is a case of the redistribution of income between wages and profits in an economy with just one sector. But we could imagine a redistribution of income between sectors in an economy with more than one sector. This is the case relevant to what we may be observing in India today.

Also read: Onion Crisis Reveals How Little the Government Can Do When the Chips Are Down

While the distribution of income between the agricultural and non-agricultural sectors have been shifting in favour of the latter for long in India, at least agricultural growth has been reasonably high and steady for the most part. This has changed since 2008-09. In the decade since, the growth of ‘crop’ agriculture has been either zero or negative in five years.

Note that approximately 70% of the Indian population is rural, with income directly or indirectly dependent on agricultural production. Thus, in at least half the years of the decade leading up to 2017-18, a large section of the Indian population has seen no growth of income. In an environment of unsteady growth, poor agricultural households must take consumption loans to survive. These they would repay in the good years. Now, depending upon the rate of interest, their consumption need not go up in the good year. Depending upon the magnitude of the debt, it could even decline.

This helps us see the reported finding of a decline in per capita consumption in the NSS survey in perspective. The year 2017-18, for which the decline is reported, followed three years of depressed production in crop agriculture. In each of the first two years, output actually decreased while in the third, despite a revival, output had not regained its level of three years ago. So it cannot be ruled out that agricultural households were income stressed yet in 2017-18, what with the repayment of consumption loans, leading to decline in consumption. The decline in per capita consumption recorded in the NSS report is actually not very high, a mere 3.7%.

The argument so far has not taken recourse to a change in the distribution of income. However, recognising the unequal growth of incomes across sectors helps us see the flaw in the argument that a decline in consumption is incompatible with the contemporaneous movement of other economic indicators, such as the index of industrial production. After all, the period of zero or negative growth of crop agriculture was one of growing non-agricultural income. It is entirely conceivable that the industrial production in question was maintained by this non-agricultural income growth, supported partly by government spending and exports.

It is no longer obvious that the NSS’s finding, of a mild decline in consumption between these very years, is implausible. And we have not even considered any lingering impact of the demonetisation that took place well into the second half of 2016-17, which is likely to have impacted disproportionately activity in a cash-dependent rural economy.