Give us appointment letters first, say over 400 farmers who were promised jobs after their land was acquired for the Dallirajhara-Rowghat-Jagdalpur rail project. 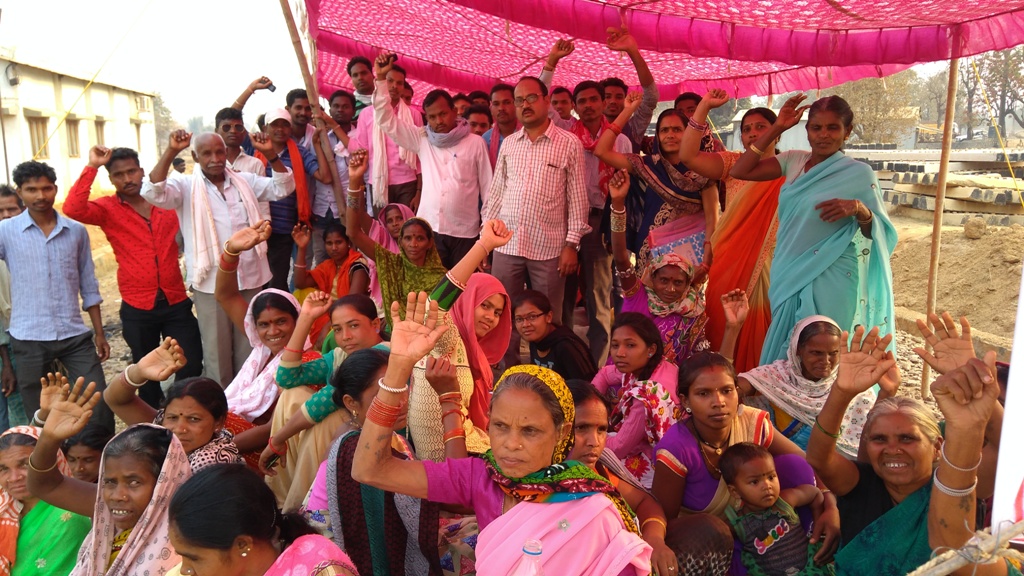 Even as thousands of farmers from Maharashtra head towards Mumbai, their compatriots in Chhattisgarh have also been protesting since March 5, demanding jobs in lieu of their land acquired by the Railways.

In Bhanupratappur, situated in Kanker district in the North Bastar region, farmers whose land had been acquired for the Dallirajhara-Rowghat-Jagdalpur rail project have been sitting on the railway tracks since the past week demand jobs promised to them. Resolved to stay put till they get job appointments,  hundreds of protesters have spread tarpaulin and durries over stones on the tracks.

The rail line project would be carrying iron ore from Rowghat mines to the Bhilai Steel Plant (BSP). Rowghat had also been in news earlier because of the local resistance to the mines.

Chandrashekhar Yadu, one of the protesters, said those whose land ownership is covered by the Forest Rights Act have not got any compensation or even the application forms for jobs. “The few farmers with revenue land who have jobs have got meagre amounts in the name of compensation. More than 400 farmers are waiting to get jobs. When we met officials from the Railways, the local administration and BSP on March 8, 2018, in the office of the sub-divisional magistrate, we were told that in 2012 there was a change in the 2011 policy, which now covers only those whose 75-100% land was impacted by the project. But the public wasn’t informed of any such change. We would believe the papers we have in our hands right now, which talk of jobs and compensation for all whose land was affected to any extent. Amendments can keep taking place.”

The farmers are against the provision, as listed in the notification issued by South East Central Railway on April 8, 2011, of jobs being granted only to the landowner, the spouse or their sons/daughters. People of the 28 affected villages feel it excludes those who don’t have children but may want jobs for other family members.

The 2011 notification also doesn’t take into account the fact that many elders own the land so it would be their grandchildren, and not their sons and daughters, who would be in the right age group for jobs. The prescribed age bracket is 18-33 years, relaxed by five years’ for scheduled castes and scheduled tribes, and for three years’ for other backward classes.

The farmers are demanding that the affected people should get appointment letters first and then should be sent for the technical training required. They do not want the candidates to be first sent to pass the training in an industrial training institute (ITI) and then kept under training again in BSP as they say the actual appointment in this case takes years.

Nandlal Jaiswal, a participant in the protest, said, “The government talks of sabka sath, sabka vikas. But how is this development for all? It is only for the government. It is also unfair that the Dalli-Rajhara farmers in Balod district were given jobs and we have been discriminated against.”

Ankita Anand is an independent journalist based in Delhi.