Chief Economic Adviser Arvind Subramanian Quits, to Return to US for Personal Reasons

While Subramanian's tenure was marked by sharp public-facing analysis, he was also allegedly left out of the loop on some of the Modi government's most important economic decisions. 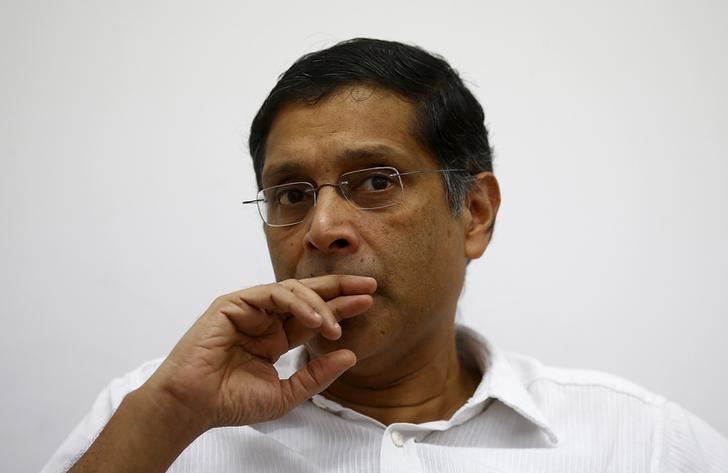 “Few days ago Chief Economic Advisor Arvind Subramanian  met me over video conferencing. He informed me that he would like to go back to the United States on account of pressing family commitments. His reasons were personal but extremely important for him. He left me with no option but to agree with him,” the finance minister, who is currently recovering from a kidney operation, noted in a Facebook post.

“Arvind had joined us as the Chief Economic Advisor on 16th October, 2014 for a period of three years. On the expiry of the three year I had requested him to continue for some more time. Even at that stage he told me that he was torn between family commitment and his current job which he considered the best and most fulfilling he has ever done,” Jaitley added.

The Wire understands that Subramanian currently has three children who all live in the United States.

In a press conference, the CEA told reporters that he intends to leave India by September 2018 and that his extended contract had been effectively co-terminus with the NDA-II government, that is, until May 2019.

While Subramanian’s tenure was marked by sharp analysis and presentation of economic ideas for public deliberation – most noticeably in the elevated quality of the annual ‘Economic Surveys’ – many have alleged that he was also kept out of loop when it came to some of the most important economic decisions taken by the Modi government, including demonetisation.

Every time he was confronted with this question, the CEA, whose advice ideally forms the foundation of the government’s macroeconomic policy, would neatly sidestep. “Why do you want to deprive my memoir of any commercial value?” he once asked jokingly, in July 2017, at a panel discussion in the national capital.

In an interview to The Financial Times in early 2017, Subramanian also admitted that he had learnt to watch his step on delicate topics that could upset the Modi government, especially during public interactions.

“I was asked for my views on the beef ban in Mumbai and said jokingly that if I speak on this I’ll probably lose my job — and that went on the front page of The Indian Express,” he told Financial Times. “In that case I was told to be a bit more careful.”

He has also spoken, in various public lectures, on the impact that social divisions and communalisation have on the economic development of a country.

“The way you react to social cleavages has a critical impact on economic development. India is a wonderful example. What have reservations done, what have they not done, what has religion done, what has it not done illustrates the general principle that these things have a huge impact,’’ he said in 2016, during a lecture for the New India Foundation.

At the time, Subramanian refused to elaborate on the effect of social conflicts on economic development in India but said the “particular manner in which they have an impact is much more controversial’’.

“When I leave office I will speak of it more freely,’’ he had said then.

The foreign-educated economist, who accepted the job in India after taking a sabbatical from the Peterson Institute of International Economics, has also had, at times, an uneasy relationship with certain elements of the ruling BJP and larger Sangh Parivar.

In mid-2016, Rajya Sabha MP Subramanian Swamy launched a campaign for his removal as CEA in mid-2016 on the grounds that prior to his appointment, he had voiced critical comments on Prime Minister Narendra Modi and in the US Congress had challenged India’s stance on World Trade Organisation for its pharmaceutical companies.

In initial remarks on Subramanian’s departure, Ashwani Mahajan, co-convenor of the RSS-affiliated trade body, Swadeshi Jagran Manch, noted that he hoped that the next CEA would be one who “has faith in farmers, workers and entreprenurs of Bharat” and not an economist who is “on sabbatical”.

In the span of three years, three US-educated Indian economists have left after serving the country in top positions, the first one being RBI governor Raghuram Rajan, who was not offered a second tenure at the central bank.

In early 2016, many publications reported that Rajan’s public profile and propensity for speaking on politics rubbed senior government officials and RSS members the wrong way.