A Reminder of the Bitter History of Modern Sugar

While sugar in some form is essential for our survival, we do need to make a serious attempt to wean ourselves away from its industrial manufacture. 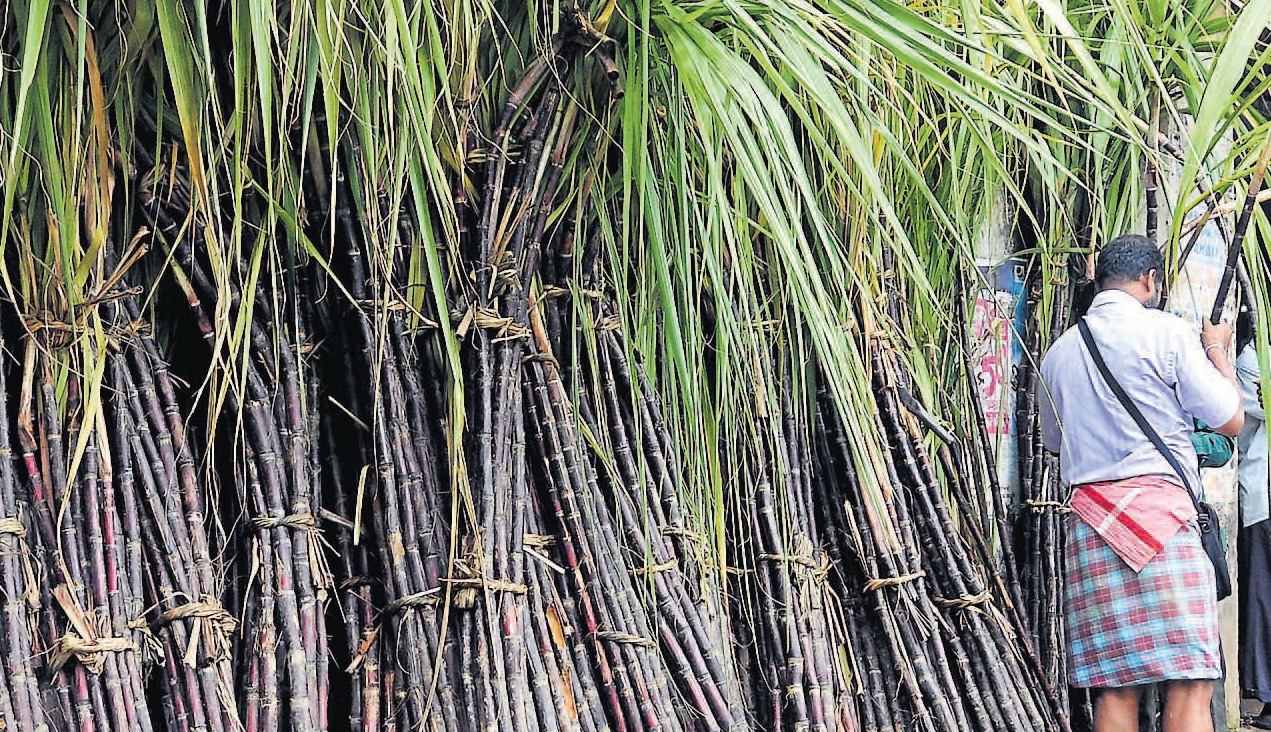 The recent spate of farmer suicides in Karnataka and Maharashtra is yet another episode in the endless crisis that grips agrarian India. But the woes of the sugarcane farmers in the Mandya and Marathwada regions can also be placed under the extremely long shadow cast by the global history of sugar itself.

Unlike many tropical regions which used sugar extracted from cane as a sweetener, large parts of Europe traditionally relied on honey which was in limited supply. By the seventeenth century, the Europeans who colonised vast territories found that the tropical lands in the western hemisphere were eminently suited for sugarcane. But growing and harvesting cane involved hard, backbreaking labour and local manpower was scarce or unavailable. The solution to this problem was outrageously simple – the enslavement of Africans. The Atlantic slave trade brought great sorrow to the African continent and its people. It also made many slave owners immensely wealthy and provided ordinary Europeans with an abundant supply of cheap sugar.

Although India had manufactured and used gur or jaggery and various forms of sugar from time immemorial, the large-scale industrial production of refined white sugar can be dated to the end of the nineteenth century. Developed due to colonial imperatives, in its early years, the fate of the Indian sugar industry was tied to the vagaries of far-flung tropical territories colonised by European powers – Brazil by the Portugese, the Carribean islands by the British and Java by the Dutch. The British abolition of slavery in the 1830s directly affected the sugar trade. But it also had the more serious knock-on effect of creating the system of indenture whereby millions of poor Indians were transported to the far reaches of the British empire to labour in what has been characterised as ‘a new form of slavery’. By the 1930s, the sugar industry was being developed by Indian capitalists with the encouragement of the colonial state. The government policy was itself geared towards industrial manufacture instead of the needs of the poor farmer. Thus, for instance, agricultural research was focused on developing newer thick-rind varieties of cane that were more suitable for the mills but were harder to crush using traditional methods. Amongst the early few to object to this development were the Gandhian constructive workers, especially the economic philosopher J. C. Kumarappa. In 1934, Gandhi himself provided a striking illustration of the bias of the colonial state and the indifference of India’s nascent scientific establishment towards the needs of the village. He pointed out that not one of the numerous experts he wrote to could answer his simple query on the chemical composition of jaggery.

But the Gandhians did not limit themselves to criticism alone. Starting in the 1930s, for some two decades, Kumarappa and his colleagues carried out painstaking experiments and analysis to improve a variety of traditional village industries along rational and scientific lines. They argued that instead of expanding sugarcane production that utilised the precious resources of land and water, India should develop jaggery extracted from a variety of palms as an alternative and nutritionally superior source of sugar. Unlike the water-hungry sugarcane, palms grew on scrub land and did not need much investment or care. Moreover, as was demonstrated through their analysis, the available palms could adequately address India’s sugar needs at that point in time.

Kumarappa also argued against the commissioning of new mills as they captured the employment opportunities available in small-scale village industries that manufactured traditional forms of sugar. But if the Raj was not to be expected to show much solicitude for the welfare of its subjects, the Indian farmer fared no better under swaraj. In 1947, some two-thirds of Indian sugar production was still in the form of jaggery and India’s democratic government set about transforming this situation. In the early days of independence, under the influence of Indian capital, a rash of government orders were passed by administrative fiat effectively banning the age-old traditional manufacture of jaggery in many regions. Left with no choices, the farmer was slowly but surely delivered into the hands of the many mills that sprouted across the countryside. Today, some six decades later, the destruction of traditional industries and conversion of India’s sugar economy into an industrial one is complete.

With the effective disappearance of any alternate system that could utilise his cane, the farmer is obligated to sell his produce at a controlled price to a designated sugar factory in his region. Thereby, he finds himself subject to the heavy-handedness of state policy as well as ruthless exploitation by the mill-owners or sugar co-operatives captured by a rural elite. Nothing illustrates this stranglehold over the farmer better than the bald fact that the nationwide arrears owed to sugarcane growers by the mills for the 2014-15 season alone is conservatively estimated to be Rs 21,000 crores. As if growing cane was not hard enough, farmers across the country are now at the mercy of the mills who simply delay or reduce payments. Unjust as it is, this turn of events is hardly surprising. As with many other arenas of contemporary Indian life, the brazenness of the mill-owner stems from the fact that often the politician and the businessman are the same individual. Surely, under these circumstances, it would not be an exaggeration to view the Indian sugar industry as a modern variant of the colonial plantation economy.

If the producer has fared poorly in this context, the consumer has not done too well either. Granted that the real price of sugar has steadily trended downwards over the past few decades. But the cheap availability of refined white sugar has its own consequences. Its increased consumption, especially in processed and junk foods, has been implicated in a variety of health problems that include obesity, diabetes and cardio-vascular diseases. In the context of this new found awareness, jaggery is making a modest comeback. However, what was a humble and commonplace food is now available in a new avatar as a niche ‘health product’ that is out of reach for most Indians.

The rather unusual colonial origins of the sugar industry and the related effects of state policy have lead to exceedingly complicated crises with no easy fixes. Additional factors such as the volatility of international sugar prices, a push to manufacture ethanol and a pervasive water scarcity have a compounding effect on the problem. In any event, there is no gainsaying the fact that the modern sugar economy has ill-served both the producer and the consumer. While sugar in some form is essential for our survival, we do need to make a serious attempt to wean ourselves away from its industrial manufacture. In the absence of such measures, the story of sugar will continue to be a bitter one.

Venu Madhav Govindu is with the Department of Electrical Engineering, Indian Institute of Science, Bengaluru. He is the co-author of a forthcoming biography of J.C. Kumarappa. This essay first appeared in translation in Kannada Prabha. All views are personal.