A Budget that Seeks to Boost Votes, Not Growth

Budget 2018 may be a good election weapon but given the difficulties faced by the economy and the incapacity of the government to deliver quickly, it can produce a political dividend for the BJP only if elections are held soon. 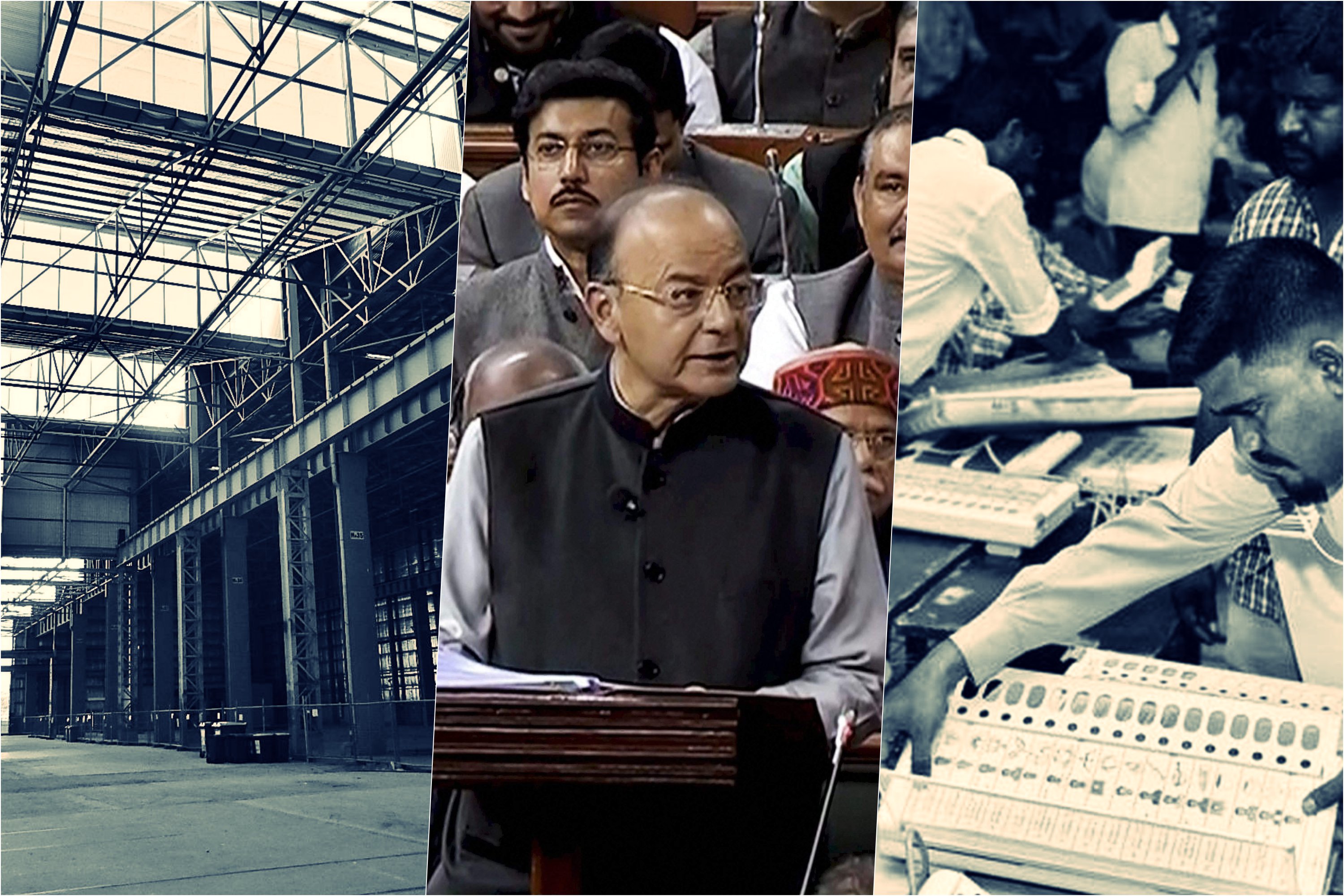 The Union Budget 2018-19 just presented appears to be a pre-election budget. It announces a large number of schemes for the large number of deprived sections – SC/ST, farmers, old people, women and so on. It also announces an increase in expenditures on many of the pre existing schemes for the poor and in the rural areas. This is not unusual for most budgets. This is the public face of any budget. Usually the hard arithmetic of the budget – expenditure and revenue – is contained in Part B of the speech and needs to be carefully analysed.

Every budget has a macro and a micro aspect to it. Since it is the largest single economic event in the country, it impacts the economy as a whole for the coming year. It determines whether the direction of the economy changes or remains the same. Further, the micro aspect of the budget sends signals to specific sectors and they respond to that by adjusting their production and sales. The Union budget is also supposed to take care of emerging or systemic problems in the economy.

The problems flagged in 2017-18 are in the farm sector, underemployment and inadequate employment for the educated youth, inadequate private investment, instability in the stock markets and the possibility of capital leaving Indian markets given the cuts in US corporate tax rates. The education and health sectors in the country, where standards and coverage are poor at best, are perennial problems. These are also employment intensive sectors so poor performance here leads to less employment generation.

The challenge for the budget this year was that the twin shocks to the economy – demonetisation and GST– had aggravated the usual problems. These two measures hurt the growth of the economy, impacted employment in the unorganised sectors and adversely affected the farm sector where costs increased but revenues were muted, thus squeezing incomes. This year’s budget had to try and correct for these problems. But the revenues were also adversely impacted.

The government claims a higher direct tax buoyancy but due to GST, there was a slippage in the revenue. This was aggravated by a shortfall in transfers from the RBI because it had to bear the extra cost of demonetisation. However, disinvestment led to an increase in revenues. But then non-tax revenue collection was less because of the slippage in revenue from the auction of spectrum, etc. Revenues have been less than they could have been because of the slow down in the economy.

Spending more, but not where it is needed

Due to the revenue shortfall, the fiscal deficit had climbed to more than 100% of the target by December 2017. This meant that the government would have had to cut expenditures sharply in the remaining three months so as to come closer to the target (projected in this budget). These cuts in expenditures are usually made in the soft sectors of education, health and so on. This results in decline in employment generation. For instance, in a large number of higher education institutions, almost 40% of teaching positions have been lying vacant for several years. It was announced that these shortfalls would be eliminated but that is not possible when budgetary resources are tight.

The unorganised sector was hit hard both by GST and demonetisation, and that is where the growth rate fell. It was much less in the organised sectors. These sectors needed a boost. This is not just the normal MSME sector but the micro- and home-based sectors. They are hard to impact directly in the budget because they are not in the tax net. So, a tax cut does not help them. What they need is indirect support via public services. For instance, in education and health.

The large number of schemes announced in these sectors require expenditures but they are not to be found in the expenditures from the budget. The burden will fall on extra budgetary resources and the public sector. This has been the usual pattern in the past as well. All social responsibility usually falls on the public sector units and as their costs rise they tend to go sick. Recently, we saw in the case of the demonetisation that the public sector banks had to bear the extra cost.

However, if this leads to greater sickness then there can be divestment of these entities. So, this approach serves a double purpose for the government. Announce popular schemes and also push disinvestment to whittle down the public sector.

There is a clever ploy of announcing ‘ease of living’. This is a political slogan which tries to correct the pro-business signal given by the hype round the improved ‘ease of doing business’. The impression is sought to be given that the budget is focused on the common person and her welfare.

Doubling of farm incomes is unlikely as has been promised since the first budget of the government because the kind of investment required for that is nowhere in sight. Similarly, given the capacity of the government to deliver, it is unlikely that there would be delivery on many of the promises that are being made now.

The corporate sector has not got the concessions that it expected. The signal from Davos was that pro-business policies would continue. That is why, to begin with, the markets reacted negatively to Jaitley’s speech.  A fall in the market is particularly dangerous at this juncture when P/E ratios are at almost record high. A fall can easily turn into a rout. This is especially possible if FIIs start to go to the US markets, where corporate tax rates have been cut drastically.

What was needed was a demand revival in the economy and not so much tax concessions. When capacity utilization is low then concessions by themselves do not work. Investment is low due to that and it will not revive without sales picking up. That is why credit off-take by industry has also been low. There is little in the budget to boost demand which would then reverse the trend of lower growth.

To conclude, the budget may be a good election weapon but given the difficulties faced by the economy and the incapacity of the government to deliver on so many schemes quickly, it can produce a political dividend for the BJP only if elections are held soon. It is possible that it pays dividends for the coming state elections and then more concessions would be announced later for the national elections in 2019. Unless of course the general elections themselves are advanced as the president’ speech at the start of the budget session of parliament possibly implied.