Presenting a budget, especially in the midst of an economic crisis, is an opportunity to communicate a government's vision for the country. This budget fails to do that and seems to be completely disconnected from ground realities. 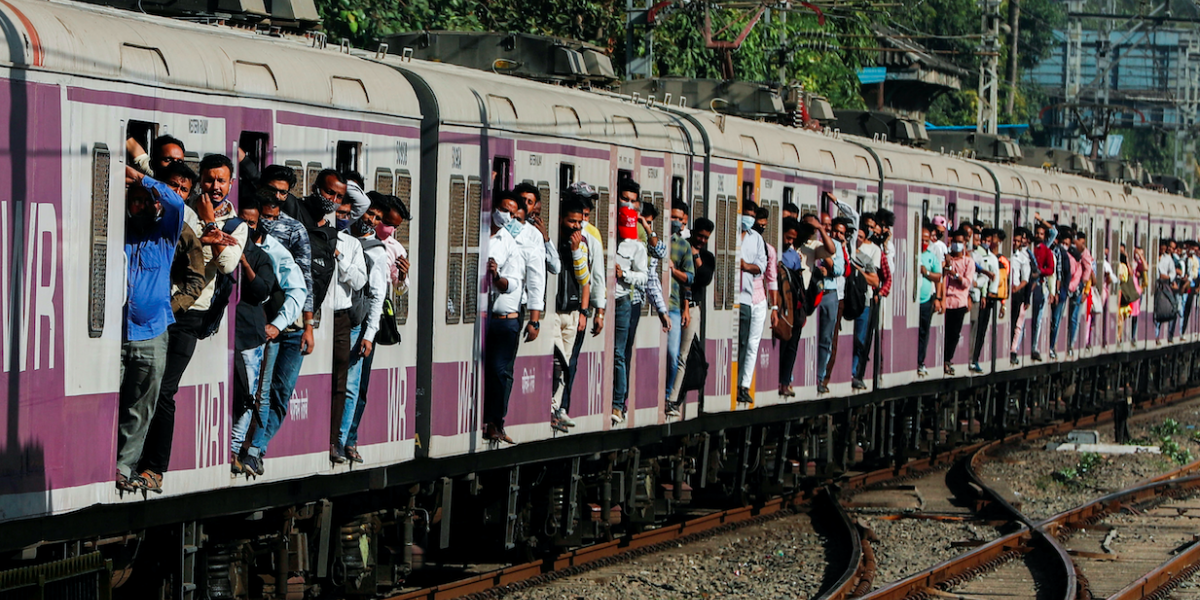 It seems as if the Union finance minister, this year, took the idea of a paperless budget so literally that she has attempted to find digital solutions to most of the country’s problems.

The ‘Amrit Kaal’ of the next 25 years seems to be laden with a multitude of digital innovations that will be improve education, health, agriculture, finance and employment in this country.

India @100 will be a country where education is provided through TV channels, digital teachers and digital universities. Farmers will use ‘kisan drones’ to make their cropping decisions and the youth will seek to earn their livelihoods by providing ‘Drone as a service (DrAAS)’.

Access to finance will be eased through digital banking, digital payments, digital assets and the digital rupee. To take care of one’s health, there is of course the National Tele-Mental Health programme and the entire digital health ecosystem.

And the best part is that the government doesn’t even have to spend much to achieve all of this.

The budget speech did not have any mention of the increasing problem of inequality that the country is facing. This is not just a question of justice and equity but a cause of serious concern for future growth and development. The implications of such high levels of inequality for society as well as the economy is something that should concern governments, as well as the public at large.

It is obvious that the inequality we see today is very much an outcome of the kind of growth the country is witnessing, and this has been written about. It calls for a complete revamping of the economy onto a path in which creating decent employment for all is at the core. To achieve this, many things need to be done, and it is indeed true that there are limitations to what a budget can do.

However, there were two things that the budget could do – increase spending that would boost private consumption demand and expand provision of essential public services which would also involve employing people among other things.

The budget unfortunately does neither.

The focus is on supply side interventions while the problem is one of inadequate demand and unutilised capacities. At the same time, there is an enhanced allocation for capital expenditure with no announcements related to increasing direct cash transfers, providing more work under the MGNREGA or extending the provision of free grains through the Public Distribution System.

The budget for social security pensions under the National Social Assistance Programme remains at around Rs 9,600 crores which translates into a Union government contribution of Rs 200 per month per pensioner. There is no increase in the amount from Rs 5,000 given under the Pradhan Mantri Matritva Vandana Yojana (PMMVY) to pregnant women or an expansion of the scheme to include all births and not just the first live birth like it currently does.

The food subsidy allocation at Rs 2.06 lakh crores is Rs 80,000 crore less than the revised estimates (RE) for 2021-22 (Rs 2.86 lakh crore), which means that the government has no intentions of continuing the distribution of free grains as COVID-19 relief or for expanding the coverage under the National Food Security Act (NFSA) to compensate for increase in population.

This is despite the fact that there are food grain stocks of over 90 million tonnes in the Food Corporation of India godowns. MGNREGA which is the other lifeline providing work and an immediate transfer of wages into the rural areas, sees a cut in its budget (BE Rs 73,000 crore) by Rs 25,000 crores compared to the RE in 2021-22 (Rs 98,000 crore). This itself is an underestimate because there are pending wages to the tune of Rs 21,000 crores for work that has already been done.

There is no increase in the budgets in health, nutrition and education either, sectors which contribute to enhancing human capital as well as have the potential to provide jobs as they are inherently labour intensive in nature.

The school education budget (Rs 63,449 crores) has been increased by a higher proportion compared to RE 2021-22 (22%) but this is barely enough to make up for the reductions over the last two years. In real terms, the budget for school education is still less than what was budgeted in 2020-21 (BE Rs 59,845 crores).

Also read: What NFHS-5 Tells Us About the Status of Child Nutrition in India

In these sectors and beyond there are a large number of vacancies in sanctioned posts, which need to be filled to improve the quality of services provided. They could also create good quality jobs, which are very much in demand especially in the absence of adequate job creation in the private sector.

While there is no consolidated estimate available of the number of vacancies across various government schemes and departments, the following examples are indicative: there are over 8 lakh vacancies in Group A to C posts in the Union government, over 14,000 vacant posts in central educational institutes, and 1.4 lakh posts in the Railways alone.

While these are just vacancies against sanctioned posts, there is also an urgent need to increase the workforce involved in provision of public services in the country.

For example, for long, many have recommended a second anganwadi worker in all anganwadi centres (14 lakh) so that sufficient attention is paid to the nutrition and health functions as well as provision of preschool education. Universal preschool education is an aim of the New Education Policy (NEP) as well – something that cannot be achieved without having dedicated preschool teachers. Similar gaps are present in nursing staff, child care workers, police constables, administrative staff, and so on.

Further, there is also a lot of scope towards improving the quality of employment.

Recognising anganwadi workers (about 14 lakhs) and ASHA workers (10 lakhs) as regular employees and paying them a salary for the work that they do, for instance, has been a longstanding demand and something that was expected would take place given their contributions during the pandemic.

Similarly, there are 25 lakh mid-day meal cooks and helpers who are paid only Rs 1,000 a month. However, the budget made no mention of increasing their honorarium. While there were so many ways in which the budget could have actually responded to the current crisis by putting people and human resources in the centre, unfortunately what we saw once again was a number of new empty catch-phrases – Sabka Prayas, Ease of Living, Gati Shakti, Amrit Kal…

Presenting a budget, especially in the midst of an economic crisis, is an opportunity for governments to communicate their vision for the country and how they aim to bring us out of this situation. This budget failed to present any vision, rather seemed to be completely disconnected from ground realities.