The Budget After Demonetisation: Will the Government Reform India's Tax Structure?

Demonetisation was meant to widen India's tax base and increase our abysmally low tax-GDP ratio. The government could further this aim in more concrete ways through the Budget.

Reducing India's indirect taxes on good and services and increasing direct taxes should be one of the government's moves if it is serious about increasing the tax base while also addressing income inequalities. Credit: Reuters 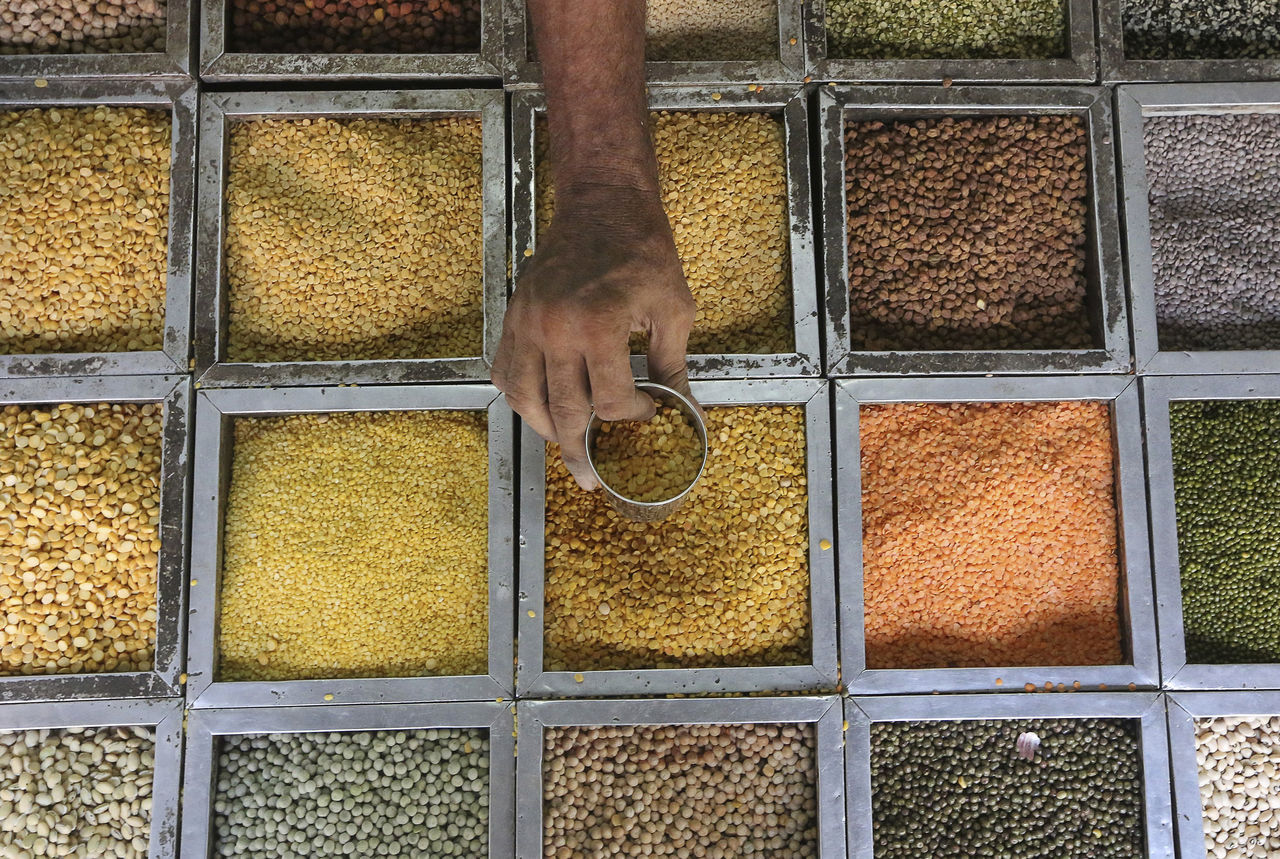 Reducing India’s indirect taxes on good and services and increasing direct taxes should be one of the government’s moves, if it is serious about increasing the tax base while also addressing income inequalities. Credit: Reuters

This is the first article in a two-part series on possible Budget scenarios after demonetisation.

“Little else is required to carry a state to the highest degree of opulence…but peace, easy taxes, and a tolerable administration of justice.”

It is striking how Adam Smith, some 260 years ago, attached distinct importance to an easy, robust taxation system alongside both peace and justice for any state to pursue an optimal level of performance. In the 21st century too, the ingredients of a sound taxation system for emerging economies revolve around a reliable government revenue source base to provide for public goods and manoeuvring the international taxation system where such economies should remain capable of mobilising their revenues and expenditures in a more integrated, globalised economic environment.

The presentation of India’s annual financial statement for 2017, the Union Budget, by finance minister Arun Jaitley scheduled for February 1 seems particularly important in the aftermath of India’s biggest, most impromptu economic experiment – demonetisation. A country that in decades following its independence has nominally projected itself as socialist, the Budget is always read, well beyond the specifics of policy, as a coded message on how supportive the government of the day intends to be when it comes to the markets. As an annual exercise, the Budget carries much more meaning and purpose than being a mere presentation of financial accounts by the finance minister.

In a recent piece, I highlighted some structural macroeconomic worries that the Indian economy faces while entering 2017, under the smog of a post-demonetisation economic landscape. In the spectre of economic stagnation that is evident from low private investment levels, demonetisation’s catastrophic effect on agriculture incomes and the loss of jobs, we are becoming increasingly dependent on the state to provide not only basic economic resources or private property protection but also do much beyond that. One can only hope that the 2017 Budget can seek to address these macroeconomic worries through a better allocation of financial resources.

Budget in a time of hyper-uncertainty

The big puzzle is that we still do not have a lucid picture on the extent to which the demonetisation experiment has actually worked for the government in its stated attempt to either curb black money creation or its distribution, or, more importantly, substantially raise the tax base by bringing a larger share of unaccounted, circulating paper currency under the monitoring of formalised financial networks (like banks or digital payment networks) through deposits, or gauge the total actual administrative costs levied in printing and circulating new currencies, or the tireless work put in by the IT department and so on. It will take months to unearth reliable statistical data to account for some of these points of information.

For now, let us assume that the government, through an increased number of deposits made in the banks, has somehow been able to marginally increase its tax revenue collected by bringing more people under the tax base by depositing unaccounted money in banks and reducing the transactional value of paper currencies (under the push for a “cashless” India). Still, there remain some major questions for India’s public finance management on both the revenue side and the expenditure end. The second part of this series will deal with expenditure.

On the revenue side: What does the stated assumption, if true, mean for India’s public finance management? How has India’s tax to GDP ratio performed over the years (particularly since 1991, when in spite of rising GDP per capita incomes its tax to GDP ratio stayed more or less stagnant)? And how does India’s tax structure (split between direct-indirect tax at a 35:65 ratio) remain a bigger incidental problem?

On the expenditure side: Do outlays of budgetary allocations necessarily transform into effective outcomes under these allocated areas? Does merely an increase in spending allocations improve economic efficiency? And what are the key prospective areas for the government in 2017 to focus in increasing its targeted spending? These remain some pertinent questions emerging while either identifying the prospects for budget announcements in 2017 or analysing the announcements made ex post.

While the economic success or failure of the big-bang “reform” remains yet to be formally assessed and accounted for, one of the key targeted goals of demonetisation has been to substantially increase India’s overall tax base (or the tax-GDP ratio). In the Economic Survey report in 2015-16, India’s abysmally low tax to GDP ratio was cited as a major reason for the further widening of income inequality, allowing less scope for the state to spend more on areas like primary healthcare and education.

While the average tax to GDP (%) for OECD countries remains much higher, at around 34.3%, it is noticeably higher even in emerging market economies like South Korea (25.3%), Mexico (17.4%) and Turkey (30%) in comparison to India (in between the range of 16%-17%) largely because of their proportionally higher level of per capita incomes. India’s GDP per capita income still remains pretty low at around $1,900 (nominally) and $6,700 (on a purchasing power parity basis) as compared to other emerging market economies.

Conventional macroeconomic wisdom points out that a low per capita income may explain a low tax-GDP ratio for a given country. But what remains a conundrum for most economists is that India’s tax to GDP ratio first diminished and then remained stagnant since 1991, while GDP per capita rose post economic liberalisation.

So as a baseline estimate, one may expect GDP per capita income to rise over time. But this may not necessarily mean that the tax to GDP ratio will rise at the same rate or even incrementally. In such a scenario, it may be wise for the government to reduce taxable exemptions for direct taxes (say income tax) and bring a wider base of the taxable population under the tax radar. For a start, this will help us know what could be the potential tax to GDP level in a country like India, which will further help in fixing a certain rate of government spending (as percentage of the tax revenue collected), assuming that most government spending is financed through the money collected as tax.

In the aftermath of demonetisation, perhaps the government may argue that this statistical anomaly (between GDP per capita and the tax-GDP ratio) may change as we are likely to see more people brought under the taxable base (with unaccounted money being deposited in banks). But there are other problems with India’s tax revenue structure in addition to the tax-GDP ratio conundrum.

First, the total tax split between the share of direct and indirect taxes in India in a 35:65 ratio presents itself as a major deviation in comparison to other emerging economies (in OECD countries it is quite the opposite, at 67:33 in favour of direct taxes). Direct taxes constitute as taxes on income, property, wealth and capital gains, and the incidence of such taxes lie directly on the individually bearing it. Indirect taxes are taxes on goods, services, excise goods and so on, where the incidence of these taxes is spread across everyone who purchases or consumes a good and hence are considered more regressive due to their marginal impact on the economically weaker sections.

While there is no “desirable balance” provided in maintaining some form of an ideal direct-indirect tax split, it remains critical for the government to at least reduce the large weight of tax revenue base on indirect taxes and gradually shift it towards direct taxes over time, which will also help in curbing income inequality (by progressively taxing the higher income groups) in the future.

Second, to further increase overall tax revenue or ensure an ease in doing business, it is also vital for the government to continually promote modernised methods in improving its tax administration structure, which seems marred by a heavily bureaucratised Inspector Raj system.

As Nobel laureate Joseph Stiglitz argued, “an optimal tax system would include progressive income taxes, complimented by indirect taxation, bequest taxes and capital taxes that enhance the progressivity that can be achieved by the tax system while limiting the level of distortion (deadweight loss)”.

In short, the government through its 2017 Budget may do well to focus on widening the tax base (reducing exemption limits for direct taxes) by progressively taxing the higher income groups and reducing indirect taxes (eliminating some unwarranted cesses, surcharges and sales taxes) while finally giving the GST a push for its intended purpose. A desirable balance is also needed in India in its overall tax structure split. Direct-indirect tax ratios are vital for improving the country’s tax revenue structure and reducing the state-induced injustice caused to the weaker sections of society (due to a higher indirect tax weight).