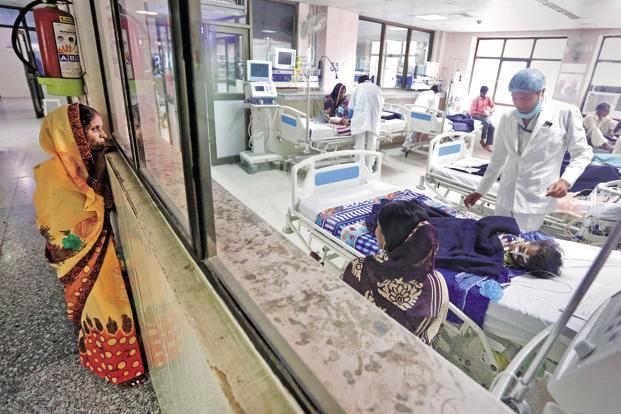 Currently, the Indian government is one of the poorest spenders on healthcare in the world in a country with some of the highest diseases burdens and poverty nexus. Credit: Reuters

‘Ease of Living’ announced by Union finance minister Arun Jaitley presenting the Union Budget 2018 to parliament, is what his government intends to achieve. Towards this end, he laid out to much applause from the Treasury benches, the elements of “the world’s largest government funded health care programme.” The National Health Protection Scheme (NHPS), which Jaitley claimed, takes “health protection to more aspirational level” is inarguably one of the largest initiative in that direction that India has ever seen.

The question, however, is will this stretched cover really mean greater health coverage for the vulnerable? What learnings have been taken into account from previous schemes? What does it mean for the public and private health sectors? More importantly, will the government be able to put money where its mouth is and make the scheme work?

Currently, the Indian government is one of the poorest spenders on healthcare in the world in a country with some of the highest diseases burdens and poverty nexus. Its public expenditure on health is just about 1.2% of the GDP forcing people to dip into their steadily shrinking pockets to buy healthcare.

So, while Jaitley’s announcements prompted cheer at the outset, a closer look reveals that there is more cause for the private health sector to rejoice, as evident when the stock prices of private insurance companies shot up.

Evidence says, all government schemes evolve into public-private ones

As evidenced from a recent Centre for Enquiry into Health Themes (CEHAT) study on the Rajiv Gandhi Jeevandayee Arogya Yojana (RGJAY), as well as other government-funded health insurance schemes such as the Rashtriya Swasthya Bima Yojana (RSBY), these have all become public-private partnerships, utilising previous and meagre public resources and yet people continuing to pay high out-of-pocket expenditure for healthcare. For NHPS to succeed, there has to be a radically new approach and adequate funding.

The NHPS, too, is a government-funded health insurance scheme to cover secondary and tertiary care. It envisages a cashless cover for ten crore poor families with a coverage of Rs 5 lakh per family. It hopes to bring within its ambit 40% of the country’s population. The purpose is to avert wage loss and impoverishment.

However, with this announcement, one would have expected that the operationlisation plans would have been in place as now the cover has been raised significantly. Contribution by the Centre and the states to the scheme is 60:40; and beyond this the details are sketchy.

Details are pertinent, as the NHPS has an ambitious target of providing coverage to 50 crore people. The funds that would be required for the scheme will be massive.  At present, only Rs 2,000 crore has been assigned to it, which is expected to contribute towards in planning and rolling out. Going forward, while funds have been assured, it was also suggested that the government would levy a surtax that would raise about $1.7 billion a year towards healthcare.

The big announcement is in line with the strategy of the National Health Policy 2017 of “aligning” of the private sector towards public health goals. The public sector is seen as dysfunctional, poorly staffed, overcrowded, poorly maintained, poor services and limitations in terms of diagnostic facilities.  The sector has also been unable to utilise funds allocated such as those under the National Health Mission (NHM).

However, instead of developing and strengthening the public sector, the move is to partner with the private sector.

Moreover, the Centre does not seem to have taken into account the mounting evidence against partnering with the private sector through government funded health insurance schemes.

The national health insurance scheme, the RSBY and other state insurance schemes, such as the RGJAY are in the form of public-private partnerships with private sector players including private insurance companies, third party administrators and network empanelled hospitals. The allocations under the RSBY were dwindling over the years and the funds across several states remained utilised. Chhattisgarh was one the states that had actively implemented the RSBY. 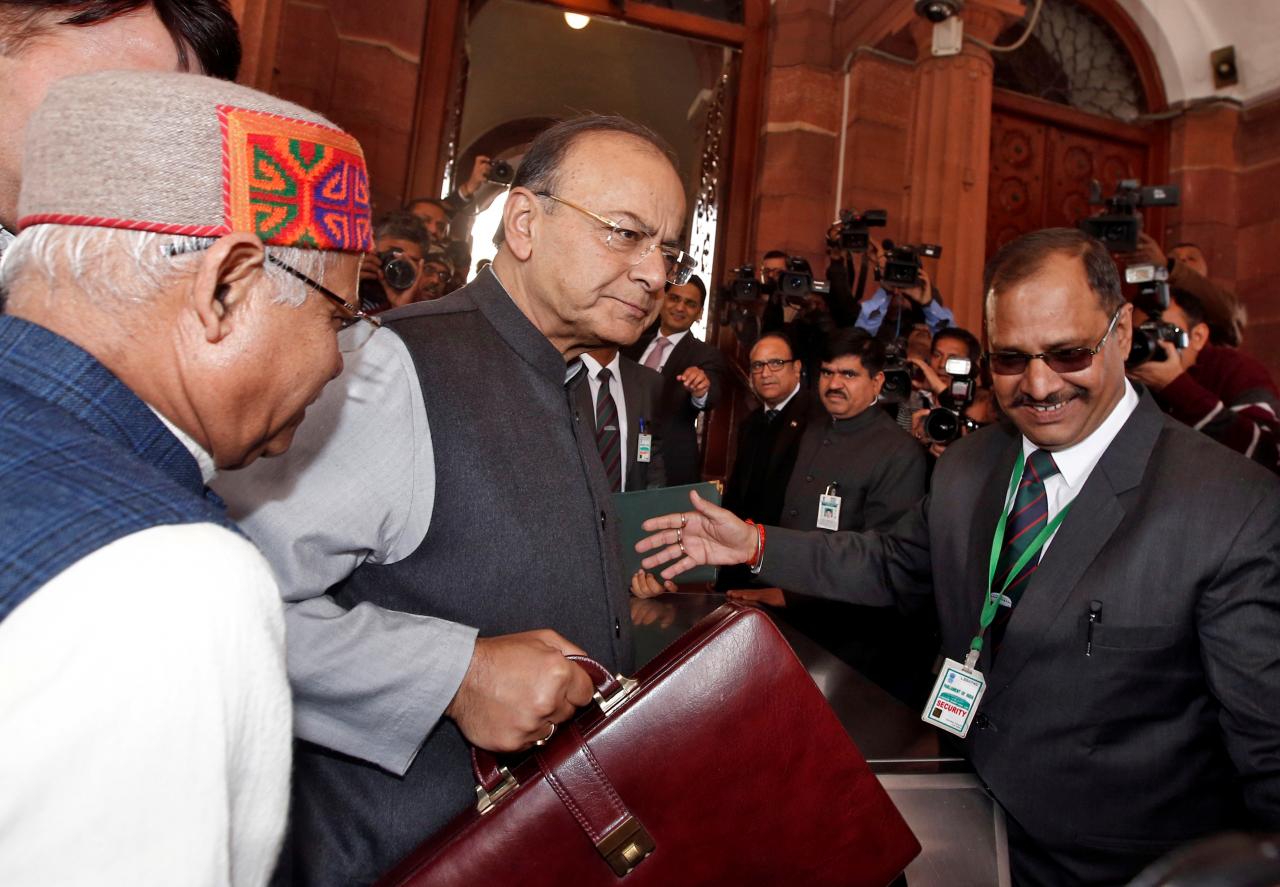 Previous and current government insurance schemes have been plagued with issues

Experiences in general with health insurance schemes across the country have been quite similar. They are plagued by poor outreach, barriers in utilisation of health care services, selective promotion of medical specialties, continued out-of-pocket expenditure and supply side moral hazard. None of the schemes were cashless as envisaged and out-of-pocket expenses have continued despite enrolment in the scheme.

Moreover, rural India accounts for over 70% of the population in the country but the private sector has a poor presence here. This defeats the purpose of the scheme to increase access and provide affordable services in the interiors of the country.

The enrolment under the RSBY and other state-level insurance schemes varies from less than five per cent to about half of the eligible population. How the ambitious target of ten crore families under the NHPS would be achieved is unclear. More important, there is a likelihood of the fragmentation of the insurance pool with several parallel insurance schemes across the states and centre.

The government has over decades promoted the growth of the private sector, with feeble regulations and accountability mechanisms and the private sectors openly flouting the commitments to reserve beds for the poor in return for the subsidies and grants provided by the government. The recent cases of irrational care that came to light at private hospitals in Delhi and the Gorakhpur tragedy are as just the tip of the iceberg.

Under the circumstances, the government opening up its purse strings enabling the private sector to delve even deeper into its pockets filled with taxpayer money is questionable.

Also read: Health Insurance Companies Will Definitely Gain, But Can We Say the Same for the Poor?

The government in its budget also announced the Ayushman Bharat programme i.e. development of one and a half lakh health and wellness centres. Thus primary health centres and sub-centres would now provide preventive and promotive health services including for non-communicable diseases, screening for cancers diabetes and hypertension; free essential drugs and diagnostic services as well as maternal and child health. The government has allocated Rs 1,200 crore towards this.

While a focus on preventive and promotive health care is a welcome move, the commitment seems meagre in line of the extent of training and infrastructure development such an initiative would require.

Moreover, this comes in light of progressively decreasing of resources of the NHM. While the NHM might not have been a runaway success, it has had significant impact on health indicators and had a made inroads into the rural areas that need to be strengthened to increase access and equity. Further, as with the insurance schemes, here too, there is a real likelihood of fragmentation of meagre resources due to programmes with parallel components under the NHM and Ayushman Bharat Scheme.

A reduction in the budget of the NHM has been accompanied by a reduction in allocations for the nutrition schemes, such as the Integrated Child Development Services, and increasing focus on micronutrient programmes again an indicator of the strong private sector lobby in a country where malnutrition causes amongst the world’s highest stunted children, caused due to consistent lack of basic food intake.

The Budget has done little to strengthen the public health sector with meagre increase in allocations to the department of health and family welfare. The Budget will spark a further strengthening and proliferation of unregulated and unaccountable private sector.

Such a significant focus on healthcare is a rare event in the history of budgets in the country. However, that’s how far its rarity goes and ends quickly.

So, while Jaitley’s heart is in the right place, the Budget might do more harm than good in terms of access, quality and cost of health services.

Tejal Barai-Jaitly and Tanika Godbole are researchers with the Centre for Enquiry into Health Themes (CEHAT), and would like to thank Dr Padma Prakash for her feedback and editorial inputs.