Budget 2021 Stops Short of the Kick the Indian Economy Needed 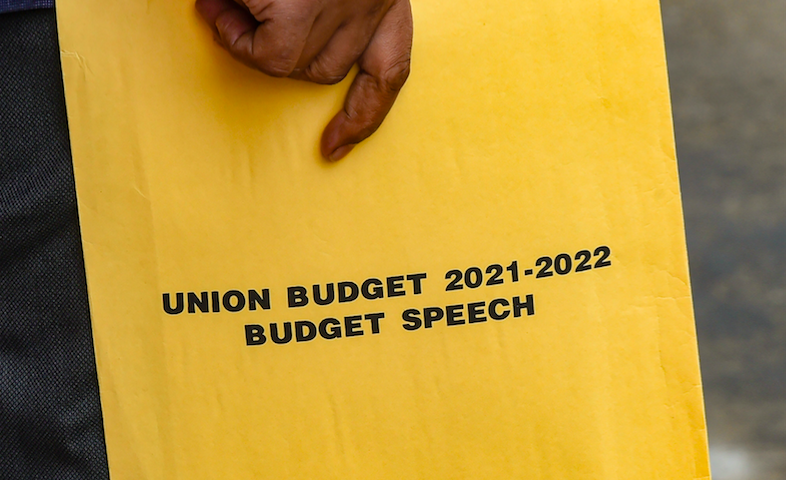 The Union finance minister promised that the Union Budget for 2021-22 would be a ‘once in a century’ budget. What she has presented is far short of what she needed to if the current economic problems had to be tackled and the economy restored to its pre pandemic levels.

This budget speech was unusual since it was in three parts.

The section before the Part A and Part B was only to extol government’s actions in dealing with the pandemic and lockdown in spite of the very adverse circumstances. Then came the Part A of the speech which, as usual, was the main part of the speech and is in some sense the political part of a budget speech. It spells out what would sound nice and shows that the government means business – that it would be able to solve the problems being faced in the economy.

Since the pandemic has deeply impacted the Indian economy in the current year (2020-21) a lot needed to be addressed. The Atmanirbhar Bharat Scheme was announced in May 2020 and then supplemented later on. The PM had gone to the extent of saying that there were several mini-budgets this current year. So, the FM stated that her budget would advance what has been already announced and for that purpose there would be six pillars to hold up the economy.

Obviously health had to be a major component of the announcement given that we have discovered that our weak health infrastructure cannot deal with a pandemic. We have been lucky that we have not had a second wave and the number of cases have been dwindling since mid-September. But we need to vaccinate the population of 138 crore and be watchful of new viruses.

Also read: Why 137% Increase in Budget Outlay for ‘Health and Wellbeing’ Is Misleading

There was already a scare of bird flu recently. So, expenditures have to be greatly stepped up on health and many announcements were made. But the Expenditure of Major Items, the allocation for health has come down from Rs.82,445 crore this year to Rs.74,602 crore for next year.

The surprising fact is that this is the first time a budget speech did not start by giving the macro picture of the economy. Every budget speech gives the rate of growth, inflation and trade data at the start of the speech to set the ground for what follows. Obviously the figures for this year were rather bleak and the FM must have decided not to mention them. But what happened sets the stage for making the budget for the next year.

Similarly at the end, the speech mentions the fiscal aspects of how much additional revenue is expected from the various tax proposals. This was also missing from the FM’s speech.

The current year has been one of crisis with demand shortage, massive unemployment and many businesses facing closures, farmers and the unorganised in distress and so on. Thus, it was expected that the budget would step up expenditures sharply so as to generate demand. Unfortunately, the expenditures budgeted for FY’22 are at Rs 34.8 lakh crore which is hardly different from this year’s expenditure estimated at Rs 34.5 lakh crore.

The fiscal deficit is estimated at 9.5% for the current year and it is expected to fall to 6.8% next year. If with an expenditure of Rs.34.5 lakh crore and a huge deficit if demand remained short would it rise with the same expenditure and a smaller deficit? Obviously not. It then signifies that the overall economy would continue to face a crisis even if some sectors will do well since demand for them has risen due to the pandemic.

Two problems arise in this context.

First, the deficit would be higher. The economy in 2020-21 has not shrunk by 7.7% but a much larger amount because the data for the unorganised sector is not taken into account and that is the sector which faced the big decline. Thus, the revenue figures will have to be revised later on (this is the usual exercise every year) and the deficit would turn out to be even larger than projected in the Revised figures for 2020-21. This would put into doubt the estimates for the year 2021-22.

Usually when the fiscal deficit starts to shoot up the government cuts back on discretionary items like capital expenditures and social sectors. Thus all the grand announcements on increasing capital expenditures, building infrastructure, taking care of health aspects, etc., would have to be partly shelved and the growth push expected would not materialise.

Second, more disturbingly, some of the key items that could boost demand quickly have been curtailed for 2021-22. Like, MGNREGS, National Social Assistance Programme, PM Awas Yojana, PM Kisan and food subsidy. These schemes would have pumped purchasing power into the hands of the poor and led to a boost in demand. But that is not going to happen.

Government also needs to step up public investment and it is showing that expenditure of capital items will be stepped up from Rs 4.39 lakh crore to Rs 5.54 lakh crore. Indeed a steep step up. However the government plans to step up disinvestment and that means a reduction of investment by that amount. Thus, in the net there is little increase in capital account expenditure. So, this source of increase in growth will also be missing.

In conclusion, one can say that the FM has missed the chance that it should have grabbed to boost the economy. If the economy does not revive faster, the projections for growth for next year would turn out to be incorrect and the unorganised sector (including agriculture) would continue to suffer.

Arun Kumar is Malcolm Adiseshiah Chair Professor, Institute of Social Sciences and Author of `Indian Economy’s Greatest Crisis: Impact of the Coronavirus and the Road Ahead’.