There is a massive shortfall in budgeted revenues. How will Nirmala Sitharaman deal with that? 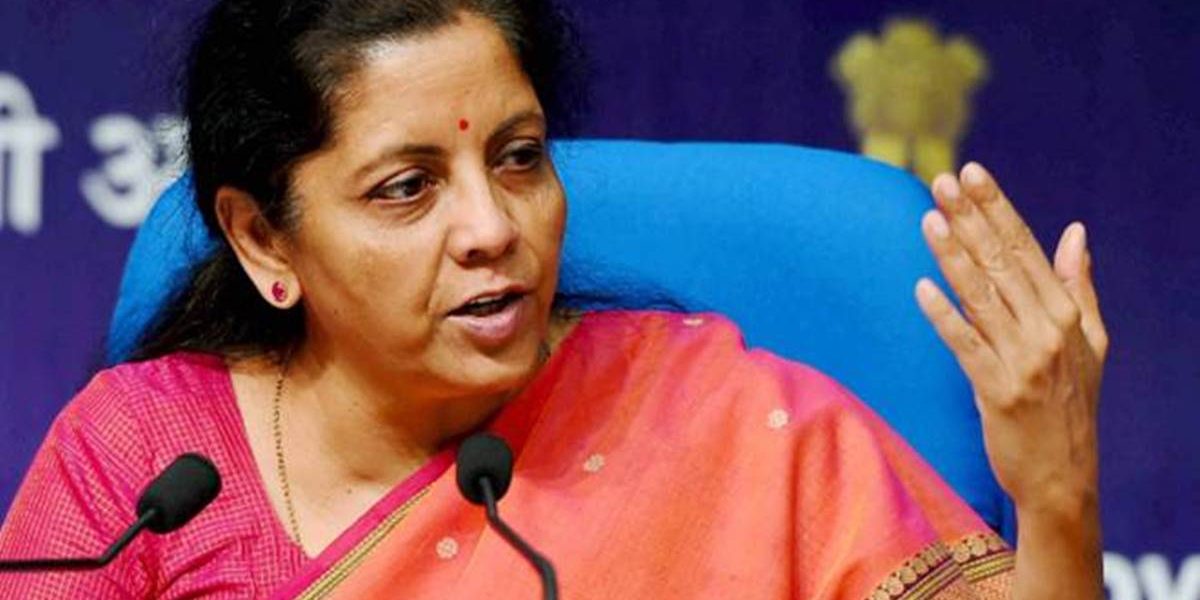 It is important to describe the backdrop in which Roy had made this grave diagnosis. The interim budget present by Piyush Goyal before the 2019 elections did not reveal this massive revenue shortfall in the revised estimates. Perhaps the Modi government did not want to go public with the “silent fiscal heart attack” then.

However, this big hole came to light later, when Sitharaman presented the full budget after the new government was formed. By then the Controller General of Accounts, who records the actual tax collections, revealed the bitter truth that tax revenues had fallen by 1.2% of GDP within a year which is unprecedented in recent decades.

When there is such a huge revenue shortfall and the government’s budgeted borrowings for the year remain more or less the same, what is the consequence? Obviously there is a massive expenditure contraction. The government spending did shrink the months preceding the elections and there was an utter lack of transparency about this consequence of the fiscal “heart attack”.

Also read: Nirmala Sitharaman Is Unlikely to Deliver a Budget that Will Boost Spending

The government started delaying payments to private sector contractors for doing public works and even the expenditure on much touted Modi welfare schemes started becoming very patchy. There are reports of how PM Kisan payments (Rs 80,000 crore annually) and Ujwala gas cylinder handouts have slowed down considerably. A senior bureaucrat of a large state tells me even the much publicised affordable housing scheme launched in the name of the prime minister is short of funds and states are being forced to borrow more to fill the gap.

The budget to be presented on February 1 will tell us how the “silent heart attack” afflicting India’s public finances is continuing. One simple government data point makes this very clear. The Centre had budgeted for 18.5% growth in overall tax revenues for 2019-20. Obviously, the expenditures budget would have been planned accordingly, with gross borrowings (fiscal deficit) fixed at 3.3% of GDP.

However, latest reports suggest that actual tax revenue growth for nine months is merely 3% as against the budgeted growth of 18.5%. The “silent heart attack” continues. The budgeted tax revenue for 2019-20 is Rs 24,61,000 crore, which is an ambitious 18.5% growth over the gross tax collections in 2018-19.

Also read: Budget 2020: What India Really Needs is A Booster Shot of Credibility

Now if the actual collections are growing only at about 3%, then simple calculation would show a shortfall of about Rs 2.75 lakh crore against the budgeted amount. An important part of this fiscal crisis is GST revenues remaining more or less stagnant since 2017-18, while the Centre is projecting a 14% annual growth as per the compact with states.

The big question to ask is how is the Centre dealing with such a massive shortfall in budgeted revenues. How is it meeting all the budgeted expenditure in the face such a big shortfall in revenues? Is it cutting expenditure massively, as it did in 2018-19 which ended up negatively impacting the GDP growth? Whatever little GDP growth we are getting is driven largely by government spending, in the absence of a pick up either in private consumption or investment.

So the biggest question finance minister Nirmala Sitharaman will have to answer on February 1 is how is she keeping the budgeted expenditure going in the face of such an unprecedented shortfall in revenues. The only way she can meet such a shortfall is by borrowing a lot more from the market. But is she doing that? Reports suggest that there is a conscious move to sharply cut back expenditure in the last quarter (January to March 2020). This could impede GDP growth recovery in the short to medium term.

BJP has made a fine art of spinning its own self-serving narrative in politics. But in economics, it is difficult to create an alternative reality when the hard numbers tell a different story. The fiscal heart attack is not silent anymore.