IT remains a genuine confusion as to whether invoking “escape clause” to deviate from the fiscal consolidation path is in response to the unanticipated outcome of structural policy announcements or whether it is for increasing capital spending. 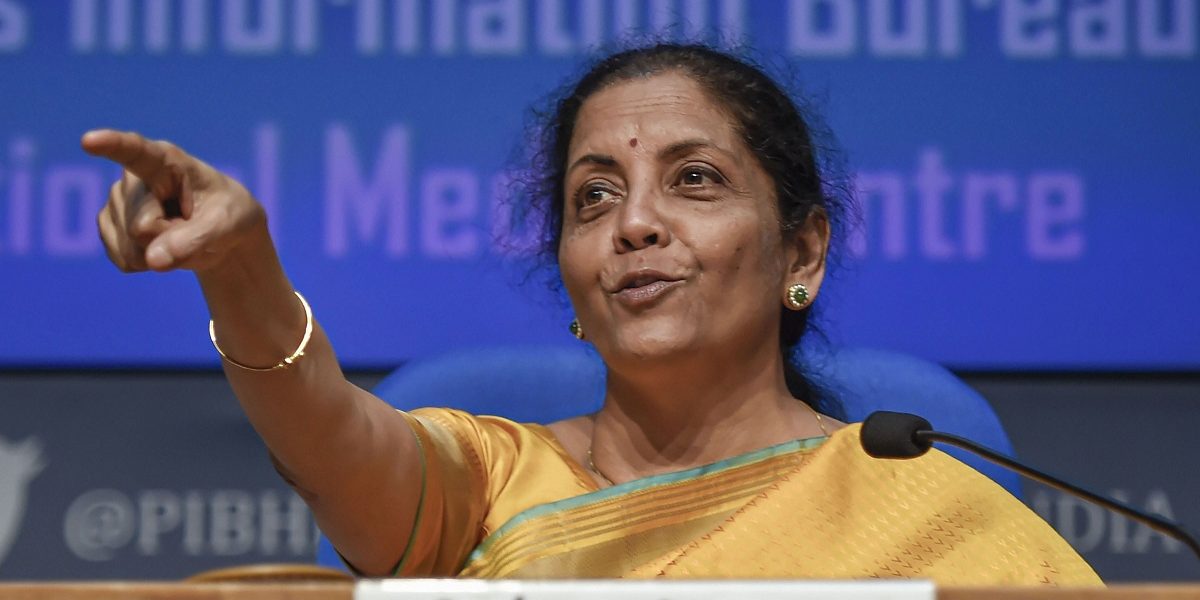 Economists often push the idea that strict adherence to fiscal rules is growth-inducing. However, empirical evidence suggests that it is unwise to be a “fiscal hawk” in times of serious economic slowdown.

After all, there are irreversible economic costs to strict fiscal prudence. This is the significant economic policy prescription that finance minister Nirmala Sitharaman missed to explore to its full potential in her Union Budget 2020, which was supposed to revive demand and reverse the economic slowdown.

The potential of a fiscal tool in triggering the economy is also often better done through the expenditure side rather than lowering rates of taxation. For instance, Budget 2020’s ‘lower tax rates sans exemptions’ policy is complicated. This is not a simplification of tax structure. It is complicated in its nature as it will lead to a concern (“nudge”) in an Indian taxpayer over which is higher, the propensity to “save” using exemptions or “spend”?

Last year’s announcement of lowering corporate tax rates – the statutory rates – to 15% for those firms who forgo exemptions also may not result in intended benefits as the firms do enjoy an effective tax rate of around 20% even with exemptions. However, it is an empirical question and we need to wait for the evidence on how Indian companies end up acting.

Also Read: Budget 2020 Sidesteps the Question of What the Govt Should Do to Revive the Economy

If the intention of the government is putting more money into the hands of people to revive demand or to boost “sentiments”, it would have been better off by strengthening public expenditure policies. The budgetary allocations of ‘employer of last resort’ policies (MNRGEGA) and wage boost policies are significant among these policy priorities to boost demand.

More often than not, fiscal consolidation is attained by retrenchment of public spending and not increased tax buoyancy. This has severe negative growth consequences. The International Monetary Fund (IMF) has recently slashed India’s forecast to 4.8% in 2019-20, a reduction of 1.3% within three months. Against the backdrop of the World Economic Outlook (WEO) released in Davos, Switzerland, IMF chief economist Gita Gopinath said that the economic slowdown in India has pushed down global growth forecast by 0.1%. When there is an increasing recognition that India is a “drag” on global growth, from the position of fastest growing economy a few years ago, it is high time to come out of a mode of “denial” and to float appropriate macroeconomic tools in action. However, the Union Budget has missed the chance to act judiciously to explore the power of appropriate “fiscal policy tools” to revive growth.

It is interesting to recall here that the IMF Article IV consultation report 2019-20 for India is also equally confusing when India is advised to use monetary policy to address economic growth downturn while strictly adhering to fiscal consolidation path. There is a shadow of these new macroeconomic policy consensus in the Union Budget 2020. This macroeconomic policy uncertainty affects economic growth further – unless we correct for it – and especially when the cuts in policy rates by Monetary Policy Committee (MPC) has consistently failed to trigger economic growth. 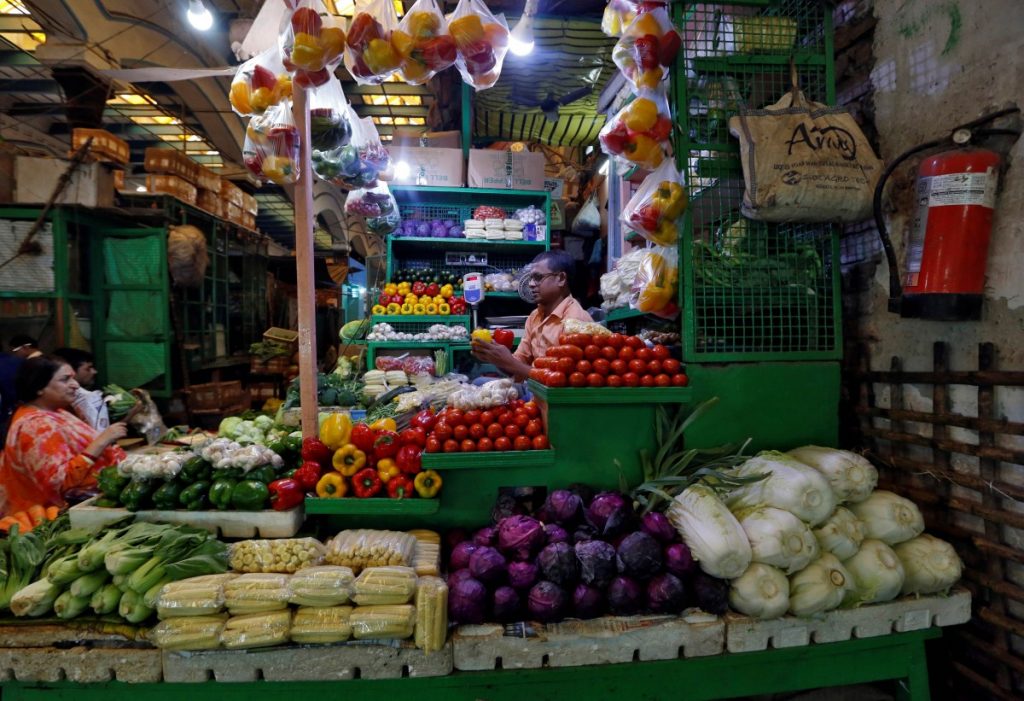 From being the fastest growing economy a few years ago, India has now been recognised as a drag on global economy. Photo: Reuters/Rupak De Chowdhuri

Invoking the ‘escape clause’ of FRBM

The finance minister also announced today that India has gone for a fiscal deficit – GDP threshold of 3.5% (instead of 3%) for the next fiscal and that it is strictly within the purview of the new Fiscal Responsibility and Budget Management (FRBM) Act, incorporated in the Finance Bill 2018.

She was referring to the “escape clause” embedded in the Act, to have flexible upper bound of deficit-GDP ratio under special circumstances. Sitharaman quoted from the Section 4 (2) of the FRBM Act, which provides for a trigger mechanism for a deviation from the estimated fiscal deficit on account of structural reforms in the economy with unanticipated fiscal implications, and justified why she has taken a deviation of 0.5%. The minister re-confirmed that it is consistent with Section 4(3) of FRBM Act, both for RE 2019-20 at 3.8% and BE 2020-21 at 3.5%.

It remains a genuine confusion as to whether invoking “escape clause” to deviate from the fiscal consolidation path is in response to the unanticipated outcome of structural policy announcements the government has made or whether it is for increasing capital spending for the economy. Nevertheless, the renewed emphasis on capital formation – especially infrastructure investment – is welcome.

In addition to this announcement, the Union Budget also has mentioned allocation of Rs 22,000 crore for equity to fund certain specified infrastructure finance companies, who would leverage it manifold and provide much needed long-term finance to Infrastructure sector to spurt the economic growth.

New FRBM and the Anatomy of Revenue Expenditure

Having said that, it is significant to examine the anatomy of India’s revenue expenditure. If invoking the “escape clause” is linked to forward looking strategies to increase capital formation, then India needs to maintain the “golden rule” of fiscal rules that revenue deficit is zero. The New FRBM 2018–19 mentioned that “in the proposed FRBM architecture, Government will simultaneously target debt and fiscal deficit, with fiscal deficit as an operational target and do away with the deficit targets on revenue account that is revenue deficit (RD) and consequentially, effective revenue deficit (ERD).”

This “non-zero Revenue Deficit” is dangerous especially when the escape clause is invoked. The golden rule is to prevent fiscal profligacy and to imply a hard budget constraint on government to prevent the use of borrowed resources for the purpose of recurrent spending including wages and salaries, interest payment, pension and subsidies. However, with the simultaneous situation of invoking escape clause to raise the threshold fiscal deficit ratio to GDP and having a non-zero revenue deficit can be tricky.

Ex-post to the new FRBM in 2018, with no target, revenue deficit has increased stubbornly high to 2.4% in 2019-20 and would be at 2.7 % of GDP in 2020–21. The anatomy of revenue expenditure reveals that Centre intends to spend on interest ( 23.28 %) and defence (10.62) highest and for other components (refer Table 1). There is also deviation between BE and RE figures (as reflected in the ratio of BE/RE for the year 2019-20) in the components of revenue expenditure. This deviation between BE and RE is referred to as “fiscal marksmanship” and it is perfect only if the value is 1.

However, such eventual monetisation can happen only if the real rate of growth is less than the real rate of interest (r>g) and results in some unpleasant monetary arithmetic. This also leads an economist to think further what MMT genre of economists who argue whether to go for seigniorage rather than the eventual destruction of the economy through fiscal retrenchment and fiscal rules. Because to them, saying “there is no fiscal space” is a white lie when you have the ability to decide on your seigniorage financing of deficits. Are there any elements of a new macroeconomic thinking towards such “fiscal seigniorage” in the Union Budget 2020?