How Long can RBI and LIC Bailout a Crisis-Ridden Fisc?

We were told demonetisation and GST would expand the tax net, and yet here we find ourselves with a serious revenue problem for FY'20 and likely FY'21 as well. 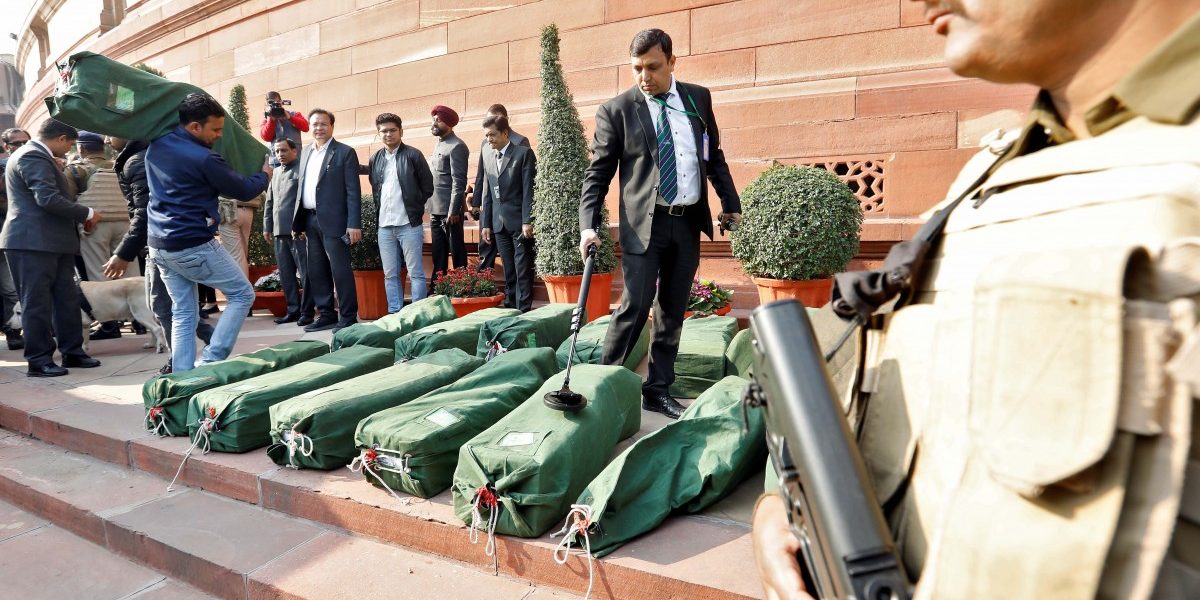 With growth experiencing a structural trend decline, India’s fiscal crisis is deepening as tax collections stagnate. The government has been forced to resort to expenditure contraction even after relaxing its fiscal deficit target.

The total expenditure (revised estimates) during 2019-20 is nearly Rs 1 lakh crore lower than the budgeted Rs 27.86 lakh crore. One doesn’t know which schemes have faced the spending axe or have simply had their funds unspent.

This is an unprecedented situation, causing desperation in the government to somehow raise funds in other unorthodox ways to drive additional revenue and capital expenditure to boost growth. The sheer desperation is making the Centre do things which are politically fraught – such as selling the shares of LIC, one of Asia’s largest life insurance companies with assets worth Rs 36 lakh crore.

Because tax revenues are stagnating – Goods and Services Tax (GST) growth being a big culprit – the Centre has decided to resort to an ad-hoc policy of selling off assets which can be quickly monetised. Selling its LIC stake is part of this plan. This is akin to a household arbitrarily selling whatever assets it has – gold, silver, land, shares etc. – to meet running expenses. The question is how long this will last. Last year, the government decided to take Rs 1.76 lakh crore from the Reserve Bank of India. This year, it may take Rs 50,000 crore plus from the LIC. Some profitable public sector undertakings like BPCL, Concor, etc. may be sold completely. What after this? Is this sustainable?

Economist Rathin Roy, who was a member of the Prime Ministers’ Economic Advisory Council till last year, said the Centre was undergoing a “silent heart attack” in fiscal terms. He was referring to the massive shortfall of Rs 1.7 lakh crore in the actual revenue collection of 2018-19. This “silent heart attack” has become more serious in 2019-20, as the gross tax revenue shortfall is Rs 3 lakh crore.

We were told after demonetisation that there will be a big growth in revenues, as the substantial black economy would be mainstreamed. We were also told the GST would mainstream a lot of the black economy. What happened to that promise? We seem to be going in the reverse direction. Demonetisation and the GST were supposed to give a structural uplift to the fisc, but they have ended up creating a structural decline.

The finance minister’s budget statement had no analysis on the structural stagnation in revenues caused largely by the declining trend growth in GDP. To imagine this is as a cyclical problem is to bury one’s head in the sand.

The revenue growth projected for 2020-21 is based on a nominal GDP growth of 10%. If this growth comes in the form of 5% real GDP growth and 5% inflation, which seems likely, then the prognosis of stagflation will come true. In this scenario, overall revenue growth projection will falter again and push the government more aggressively towards asset sale. This will make RBI, LIC and profitable PSUs the golden geese ready for slaughter!

Most BJP spokespersons were extolling the Budget as a vision statement for the new decade. “Don’t read it as an annual statement”, they pleaded as the stock markets plunged 1,000 points in a rare thumbs down for any budget in decades.

Also read: Missing and Wanted in Budget 2020 – a Boost for India’s Economy

The problem is no one was looking for a decadal vision. Everyone was waiting for the concrete steps the Budget would take to revive growth and demand in the short to medium term. This was completely missing. For a change, even prominent industrialists said they didn’t find any immediate demand-boosting measures. The income tax cuts and the complicated slabs have left much of the salaried class wondering whether they are better off in the old regime, where the exemptions are still intact.

Only a month ago, the finance minister had made a grandiose announcement of spending Rs 102 lakh crore on infrastructure projects over the next five years with the Centre, States and private sector contributing in the ratio of 39%, 39% and 22% respectively. One thought the Centre’s share of the infrastructure spending in the first year – Rs 8 lakh crore – would be outlined in greater detail. But this was strangely missing. Has the government postponed this plan? For this was one concrete growth- and demand-enhancing plan the Centre had come up with but whose details were missing in the Budget.

Overall, the entire Budget presentation was so full of platitudes that even the treasury benches seemed tired and exhausted by the end of the 2 hour 45 minute speech. In the end, home minister Rajnath Singh had to nudge the finance minister to indicate that the rest of the speech may be taken as read. This is probably the most listless and incoherent Budget that one has seen in a long time.