Budget 2019: A Mixed Bag of Good and Bad With No Clear Roadmap

The budget does not provide any big-bang reforms but continues to touch upon “targets".

The much-awaited Union Budget from India’s first full-time female finance minister has been a mixed bag with a slew of small “proposals” but no major change in allocations. With the interim budget being announced as recently as February 2019, numbers in the final budget being in line with the interim was expected, except for one critical number of fiscal deficit (as a percentage of GDP).

Also, similar to the BJP government’s election campaign, the Budget does not provide any big-bang reforms but continues to touch upon “targets”.

The finance minister had one arrow and two targets to focus on – fiscal consolidation and current economic slowdown. Sitaraman partially attempted to address the second one by providing small gifts to several sectors. However, the first target of fiscal consolidation looks a bit more optimistic and will be a tough one to achieve.

The Budget highlights cover the growth in receipts and expenditure allocations in FY20(BE) as against the revised estimates of FY19. More interesting is the comparison between the budgeted numbers of FY20 in the interim and the final budget. The overall size of the final budget at Rs 27.86 lakh crore has been only around Rs 2,000 crore higher than the interim budget.

The key point to note here is that the gross GST collections have been revised downward by almost Rs 1 lakh crore between the two budgets. This has been offset by an upward revision in non-tax revenue, disinvestments, higher excise and customs.

Despite a lack of substantial revenue growth and with the total expenditure remaining flat between the FY20 numbers of the interim and final budget, the fiscal deficit at Rs 7.04 lakh crore has been estimated at almost the same level. The prestidigitation here this time though has not been in off-budget borrowings but in estimating the nominal growth of the economy.

Also read: How Seriously Should We Take Sitharaman’s Idea of Zero Budget Farming?

The interim budget estimated the growth to be at 11.5%, which in the final budget has been revised to 12%. With a higher GDP at current prices, the government has been able to be on track of fiscal consolidation at 3.3% of the GDP – 0.1% lower than the revised estimate of FY19 as well as the interim budget number of FY20.

Amidst the slowdown in the economy and likely higher expenditure, it was expected that either there could be slippage or at least a retention of fiscal deficit ratio at 3.4%. It would be interesting to see whether the government will be able to achieve the revised fiscal target of 3.3%.

The good and the bad

The opportunity was ripe to address the challenging macroeconomic environment, specifically around consumption, investment, exports, and to focus on the agriculture and financial sector concerns. But policy framework satisfying the expectations of all the interest groups in an onerous task. Despite this, the finance minister made announcements which are both good and bad for the economy.

Looking at the positive picture, firstly a number of proposals and announcement have been made at the corporate bond and foreign investment front, which is a big positive. Along with SEBI’s large borrower framework, announcements of deepening the long-term bond market and corporate tri-party repo market along with user-friendly trading platforms would provide the necessary impetus to the bond market. 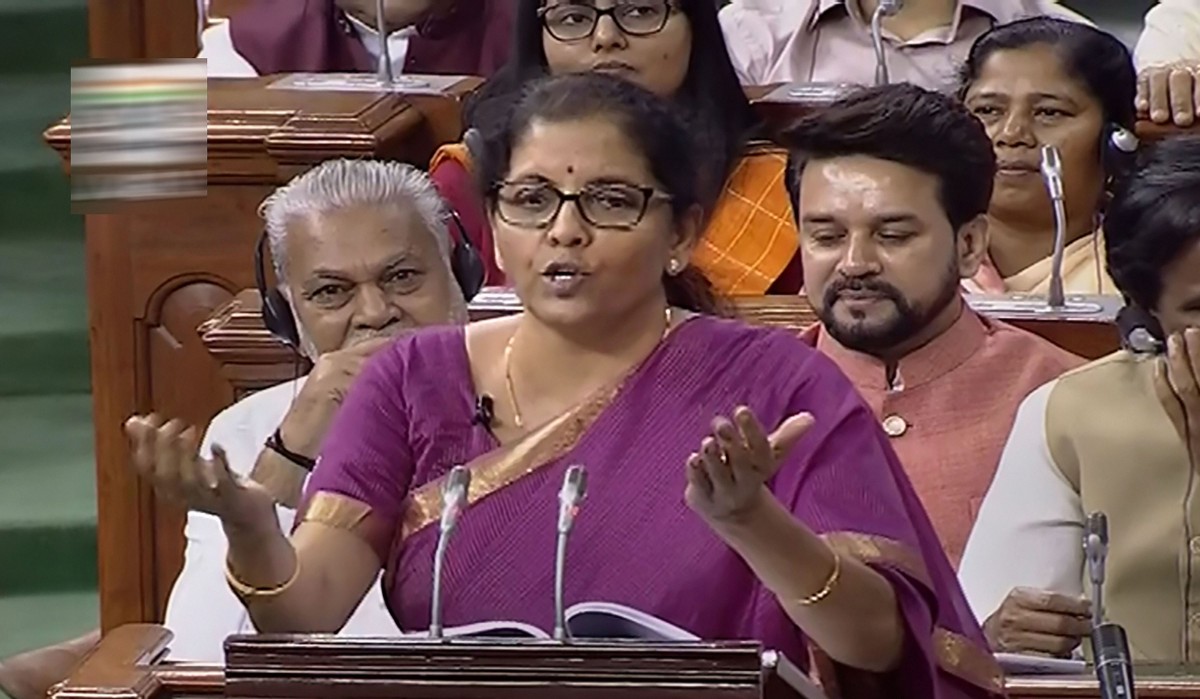 Boosting FDI in certain sectors (100% in insurance intermediaries, opening up in aviation and media and easing local sourcing norms for single-brand retail), rationalising the process of KYC norms for FPIs and a proposal to merge NRI portfolio investment with FPI route, could help attract more foreign investment.

Secondly, the olive branch extended to the public sector banks via a one-time recapitalisation of Rs 70,000 crore could help in further lending or to stabilise the capital structure of the banks. On the other hand, the recently challenged non-banking finance companies (NBFC) and housing finance companies (HFCs) have seen a few measures like a partial credit guarantee to PSBs for investing in highly rated pooled assets of financially sound NBFCs and a shift in the regulatory oversight of HFCs back to the RBI.

Thirdly, the simplification in the income tax return procedure is a big positive for tax filers. Also, the piece-meal approach to reduce the corporate tax rate to 25% for companies having an annual turnover of up to Rs 400 crore is a positive signal to cover all corporates in the coming years. Along with this, a slew of taxation reforms for start-ups easing their tax compliance burden is also a welcome move. The continued tax rebate for income earners below Rs 5 lakhs, standard deduction of Rs 50,000 and additional deductions announced in the final budget (on interest paid on loans taken for the purchase of an electric vehicle and affordable house) would boost consumption.

Lastly, with a vision to become a $5 trillion economy driven by a virtuous cycle of investment has led to a requirement of Rs 20 lakh crore annually for the next five years. A number of proposals like Bharatmala phase 2, public-private partnership in railway infrastructure development, UDAAN project and affordable housing have been announced. The larger challenge of this announcement remains the implementation aspect, and with the same quantum of allocations in these key infrastructure projects, only time will tell the progress.

Now moving on to the ‘bad’. Firstly, the Budget has moved away partially from being farmer-centric. Barring the proposal of investing widely in agriculture infrastructure (with no clear details), the announcements regarding income support scheme, better prices for farmers and on irrigation have been limited.

Also read: Does Modi 2.0’s First Budget Back Its Promises With Adequate Expenditure?

Secondly, there are no specific policies for driving exports in the economy, especially for the MSME sector. Amidst the global economic slowdown, Indian exports could be affected by a lack of policy framework.

Thirdly, the bigger challenge of unemployment in the economy has not been addressed. Barring the self-employment of women SHG boost to the MSME and start-ups, there is no clear road-map to address this challenge. Announcement of streamlining multiple labour laws into a set of four labour codes also does not have a clear timeline of implementation.

Fourthly, a large focus has been on propelling the electric vehicles, both from the business and the consumer end. The entire automobile sector needed a boost by lower GST rates and therefore to revive the automobile sector, probably a larger lens was required rather than only a focus on EVs. The increase in excise duty on petrol and diesel amidst lower oil prices could also affect vehicle demand.

Lastly, the spending on the centrally-sponsored schemes and central-sector schemes have not seen significant revision in the allocations compared to the interim budget. Few schemes like the National Education Mission (Rs 38,547 crore), MGNREGA (Rs 60,000 crore), PMAY (Rs 25,843 crore) and PM Gram Sadak Yojana (Rs 19,000 crore) have remained at the same level. Also, the spending by the ministry of HRD on education and health and family welfare remains low at around 3.5% and 2.3% respectively.

Sitaraman has not gone gung-ho in her maiden budget and started the innings in a more watchful manner. The Budget has focussed on India becoming a $5 trillion economy in the next five years. This is just the start and probably in the subsequent budgets, we can expect much more than the current one.