Blunting the Economic Impact of the Second Wave of COVID-19 With a 3, 6, 9-Month Plan

A three to six-month fiscal plan has to be chalked out to make vaccines and drugs available to people of all ages across the states by bringing in the private sector. An income support scheme has to be rolled out for nine months at least. Passengers board buses for their native place, amid the ongoing spike in COVID-19 cases, in Prayagraj, Saturday, April 17, 2021. Photo: PTI

Healthcare infrastructure in badly affected states appears to be crumbling under the weight of new infections, reportedly from a double-mutant virus that appears responsible for the sharp rise.

At the moment, tough questions are being asked as to how the Centre and state governments could have been better prepared, having learnt hard lessons from the first wave.

As economic commentator Mihir Sharma, in a recent column, aptly put it: “As is typical in India, official arrogance, hyper-nationalism, populism and an ample dose of bureaucratic incompetence have combined to create a crisis. Worse, Indians aren’t the only ones who will pay the price. Developing nations that had been counting on the ‘pharmacy of the world’ will now have to wait longer for their jabs, even as the new variants continue to spread.”

While the economic impact of this massive second wave remains uncertain at best – particularly because we are seeing only localised curfews that still allow some activity – there still remains the question of how to keep the current economic recovery chugging along.

Over the last six months, there has been a restoration of construction activity and manufacturing and perhaps a more limited restoration of services-led businesses. Another key point of concern in the second wave is how it may continue to accelerate the informalisation and contractualisation of work that was already afflicting India’s middle and low-income working-classes.

Many migrant workers, who returned to cities for work after months of staying home from a curfew-style lockdown, are now crowding trains and buses to return to their native towns and villages yet again. The paranoia, fear of another nation-wide lockdown being imposed, and the horrifying experiences in memory for those who suffered last summer, is making more workers anxious, uncertain about their own well-being, which may subsequently impact labour-intensive businesses and construction work (where most migrant workers tend to find employment) for months ahead.

Also read: What Changed and What Didn’t in One Year of a Pandemic and Lockdown

In a situation like this, India’s economic policy response to both, the crisis at hand and the crisis to come, may benefit from an urgent “3-6-9 month” action plan. A plan, whose execution and implementation would need to be scaled on a war footing and for which urgent fiscal support shall need to be prioritised, if the government is serious about addressing the catastrophic impact of a surging pandemic.

An action plan can focus on three vital elements in scope for which a strategy needs to be designed for a 3:6:9 month implementation timeline.

Devote greater financial resources through a federal channel, led in cooperation with state governments of the worst affected states, in allowing them access to vaccines and drugs for all demographic groups.

Fiscal-support through an institutional mechanism – for instance, through the creation of a special purpose vehicle like a National Health Financing Corporation – is required to support stages of vaccine production; its distribution through a decentralised supply-chain process for all demographic groups, and a fund to provide money to those in the private sector who can produce vaccines in plentiful.

Immediate vaccinations would not only ensure fewer hospitalisations and deaths from COVID-19-affected cases but would also help in reducing the paranoia and fear that is gripping most workers right now and making them run away from cities back to their villages. 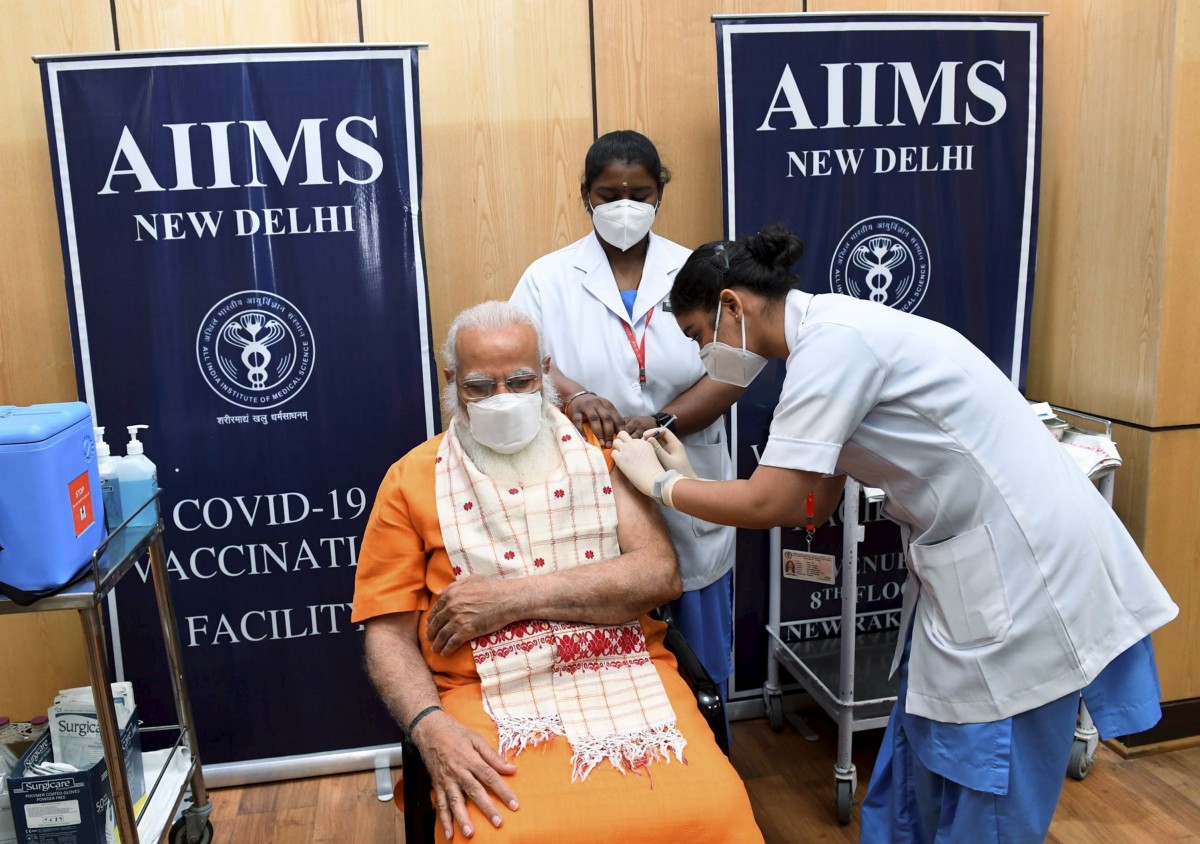 Ensure ‘price flexibility’ to the private medicine segment: Far from investing in building healthcare infrastructural capacity, or brokering deals to tap unused manufacturing facilities, which the Biden administration did in the US, the Indian government remained excruciatingly slow to sign purchasing contracts with manufacturers.

As argued, India’s healthcare response to the pandemic has chronically suffered from a cyclical display of regulatory uncertainty, bullying, lack of foresight, urgency and contempt for legitimate profit-making for private entrepreneurs who risked millions in putting large scale vaccine production lines, way before a vaccine’s efficacy was established or proven.

It is about time that the government puts faith and credible trust in the ability of entrepreneurs to deal with the crisis and allow a greater degree of price-flexibility and regulatory freedom to do what it takes in maximising drug-vaccine production-distribution capacity.

Providing income support to the vulnerable:

It has been baffling to see how, even in the year of India’s worst economic crisis since independence, the government’s inability to provide adequate income support to the poor and those affected in the unorganised-informal segment has still remained shamelessly unaddressed in New Delhi’s policy making focus.

MGNREGA didn’t receive the kind of fiscal attention one would have expected in this budget. So has been the case with the inability to put in measures that can allow for job-creation possibilities in urban areas, where most workers struggle to find secured work.

The first two points mentioned above need a three to a six-month timeframe for implementation. This is needed to ensure that there are enough vaccines and availability of treatment drugs for all demographic groups, across states.

The private sector would need the government’s urgent support through funds (Rs 3,000 crore has already been requested by Serum Institute in Pune) and a flexible price determination regulatory consideration to enable them to move towards maximising production capacity and then ensuring partnerships with public-private hospitals, PHCs, CHCs, and other medical facilities for distribution.

The last point may require a longer plan – in terms of implementation, with the first three months can be put in for designing a plan for income support through an urban-based job security plan. An urban-based job guarantee plan, if successful this fiscal, can extend itself over a longer period of time then and become a major source for securing the low-and middle-income workforce in urban areas.

In the meantime, given how most migrant workers are already returning to their native villages and rural homes, an increased allocation for MGNREGA for this fiscal itself (over and above the outlay announced in February’s budget) requires consideration. This will help in giving some form of income support for work for those residing in rural areas.

Finally, going forward, at the heart of this entire discourse (and a key question) is questioning the real intent of the Union government to address the crises we are in. If the government acknowledges there is a crisis (because in the past it hasn’t done so), each of the above measures would need its immediate attention, combined with a strategic plan in place for its execution over a 3:6:9 months’ timeline.

Many have strongly been in support of initiating an urban-based job guarantee scheme that can safely secure the working needs – and requirements – of the migrant working class, which can feel secured with an income and consider staying in cities to work (instead of rushing back to villages). There is clearly a high demand for public work in urban areas, including for the provision of basic civic amenities and other public goods.

If the question is from where would the funds come in to support such a plan, here is this the answer: put in a covid-cess on the ultra-rich and create more fiscal space by generating space for funds from allocations of other Central government schemes, focusing on training, skilling like National Urban Livelihood Mission (NULM), PMKYM, PMSYM (to name a few).

If the government is serious about addressing the pandemic and its effects, each of the above measures would need immediate attention.