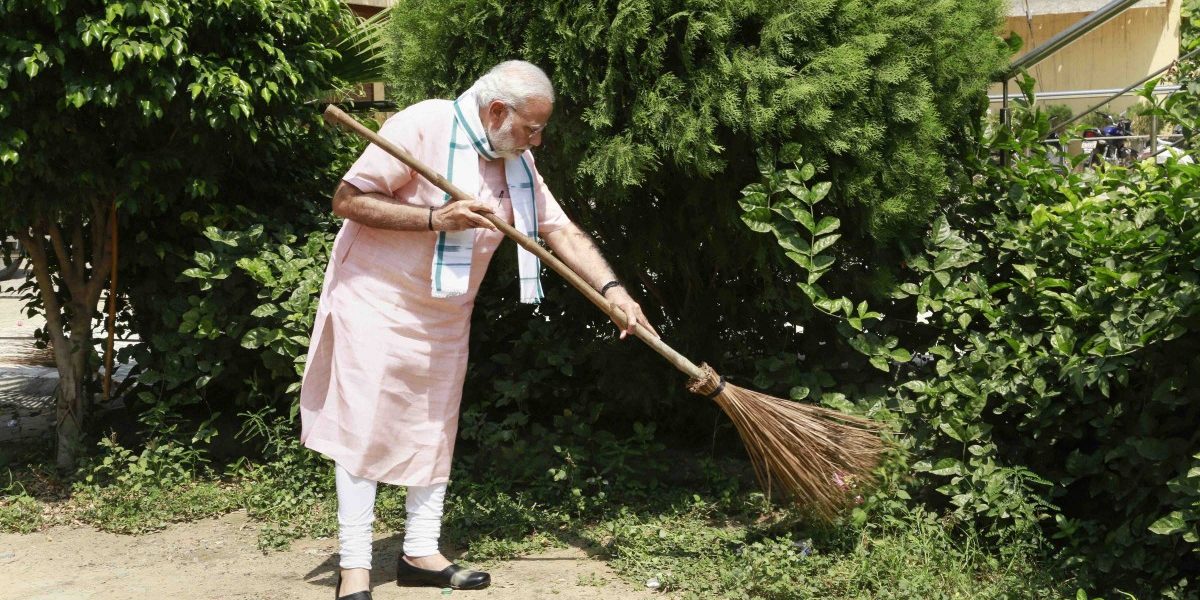 New Delhi: Within a few hours of Prime Minister Narendra Modi’s announcement on November 8, 2016 that currency notes of Rs 500 and Rs 1,000 would no longer be valid, Richard Thaler came out in support of the move.

“First step towards cashless and good start on reducing corruption,” he tweeted.

Almost a year later, in October 2017, Thaler won the Nobel Prize of Economics for spearheading behavioural economics – a field that combines insights from psychology, decision making and economics to understand human behaviour. This understanding would then allow designing policies that would ‘nudge’ people towards ‘good behaviour’.

This is a policy I have long supported. First step toward cashless and good start on reducing corruption. https://t.co/KFBLIJSrLr

Also Read: Modinomics and Behavioural Economics Are Two Sides of the Same Coin

On Thursday, the 2018-19 Economic Survey was released, containing a whole chapter on leveraging the behavioural economics of “nudge”. It does not, however, contain any reference to demonetisation.

What it does instead is provide insight into the BJP’s political messaging and perhaps, even the prime minister’s penchant for acronyms.

The chapter highlights two projects –  Swachh Bharat Mission and Beti Bachao, Beti Padhao – and says the government was successful in achieving their goals because of the application of “principles of behavioural economics”.

In the case of Swachh Bharat, the survey admits that it is not the first programme to address sanitation concerns, but the first to emphasise “behaviour change as much as, if not more than, construction of toilets”. The behaviour change was induced by making sanitation a community-level concern “rather than an obscure campaign of a distant government”.

“Non-conformers, therefore, find their act more visible to their community. The fear of community scorn, or a desire to fit in, or both, have led many to renounce open defecation,” the chapter says.

It is here that the line between a “nudge” and a “push” becomes blurry. A recent report said that more than half the households (56%) included in a survey said they were aware of coercion in their village. About 12% of the respondents said they faced it in their own households. “Scheduled caste and scheduled tribe households were more likely to be at the receiving end of coercive tactics,” the study suggests.

While the chapter claims that an “independent verification” of the mission through the National Annual Rural Sanitation Survey (NARSS) 2018-19 found that 93.1% of rural households had access to toilets. And that 96.5% of the households in rural India who have access to a toilet use it. However, other independent surveys have pegged these statistics at lower numbers. Puneeta Kuretti outside the unused toiled built under the Swachh Bharat scheme in her village Kursel. The toilet has been lying unused since it was built in early 2017. Credit: Sukanya Shantha

The survey says that the Beti Bachao, Beti Padhao scheme’s success lies in the “powerful use of the insight on ‘social norm’”. The ‘Selfie with Daughter’ initiative, the survey says, successfully changed people’s attitude towards the girl child. “People needed to stop viewing girls as burdens and start celebrating them instead.” By highlighting the examples of parents around the country who were celebrating the girl child, that soon “became the norm”.

“Most people wanted to conform, and more and more parents posted selfies with their girls. Started by one proud father in a village in Haryana, the campaign went viral and #SelfieWithDaughter became a worldwide hit.”

The survey does acknowledge that the scheme’s work is far from over. “Posting a selfie is not tantamount to subverting entrenched orthodox mind-sets overnight, but its leverage of social norms is certainly a step in the right direction,” it says.

Another principle of behavioural economics that the survey identifies is the “power of clear messaging”. It says that to increase the involvement of stakeholders in a programme, the Centre has tried to use socially and culturally identifiable names that give a clear message of the programme’s objectives.

Some of these “clear messages” used by the Centre, the survey says, are the Namami Gange (“Namami Gange means ‘I pray to Ganga’ as the river Ganga is revered in our culture”), POSHAN Abhiyan (“Poshan means holistic nutrition”), Jan Dhan Yojana (“Jan Dhan implies ‘money of the people'”) and Ayushman Bharat (“Ayushman means ‘Being Blessed with long life'”).

Signs of this messaging can also be seen in the BJP’s political campaigns, where it has often used catchy and simple acronyms. The prime minister once used the acronym SCAM to describe the Samajwadi party, Congress, Akhilesh Yadav and Mayawati. In the 2019 general elections, Modi derided the grand alliance of SP, RJD and BSP as ‘sarab‘ (alcohol). 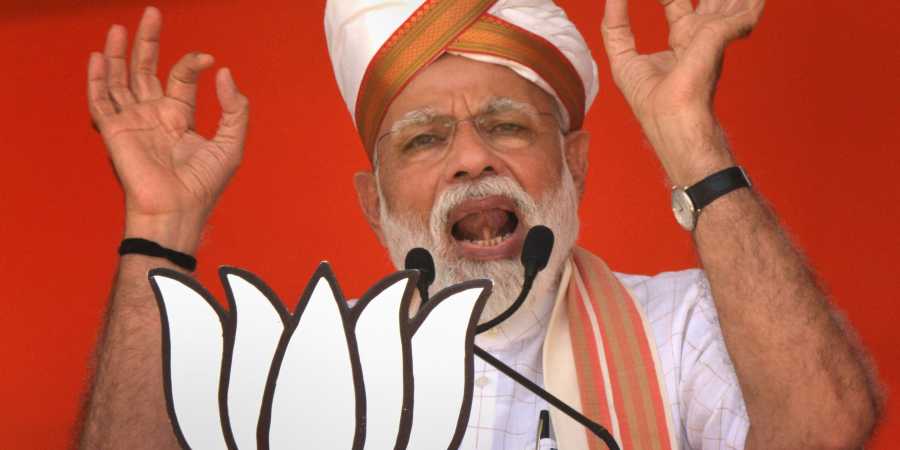 The future of implementing principles of behavioural economics

The survey also suggests various other ways in which behavioural economics can be used. From Mohandas Gandhi’s “seven social sins” to using religious or “pious obligations” to convince people to pay taxes, the chapter envisions a rather broad scope to implement these principles.

The chapter says that a “revolutionary campaign that utilises the benefits of behavioural economics” is required to ensure gender inequality. “Our scriptures worship women as the embodiment of Shakti… societies where women are respected prosper,” the chapter says.

Again drawing on the importance of messaging, the chapter suggests a campaign name that draws on cultural and social norms – BADLAV (Beti Aapki Dhan Lakshmi Aur Vijay Lakshmi) – to represent the ‘change’ (badlav translates to change) towards gender equality. The campaign’s message would be to treat “women as the forms of Lakshmi”.

As Farah Naqvi has previously written in The Wire, the campaign is in line with the BJP’s vision of casting women in certain roles – mothers, sisters, daughters (or in this instance, goddesses).

“‘Mataaon, behenon aur betiyon (mothers, sisters and daughters)’ is the core of BJP-speak on women. Women in this framework are relational appendages to the male-headed household. They occupy roles. Critical roles, but structurally subservient ones.”

Also Read: For the BJP, ‘Women’s Rights’ Are Really All About the Men

It also draws inspiration from other Hindu mythological references – Ardhanareshwar (a half-male, half-female representation of Shiva) and female sages such as Gargi and Maitreyi – to stress that women have always enjoyed a position of respect and reverence in “ancient Indian society”. These examples should be synchronised with the campaign to make it effective, the chapter recommends.

The survey suggests that the social norm in India is “evasion of taxes is acceptable” and aims to change it to “paying taxes honestly is honourable”. While some measures suggested are aimed at negating the belief that tax payments are squandered in “wasteful public expenditure or by corruption”, others include highlighting the tax paid by other taxpayers. It says the top ten highest taxpayers with a district could be afforded special privileges such as expedited boarding privileges at airports, or even naming important buildings after them.

“Given the importance of religion in the Indian culture, the principles of behavioural economics need to be combined with this “spiritual/religious norm” to reduce tax evasion and wilful default in the country,” the survey says.