Instead of admitting their mistake, the government is in denial. 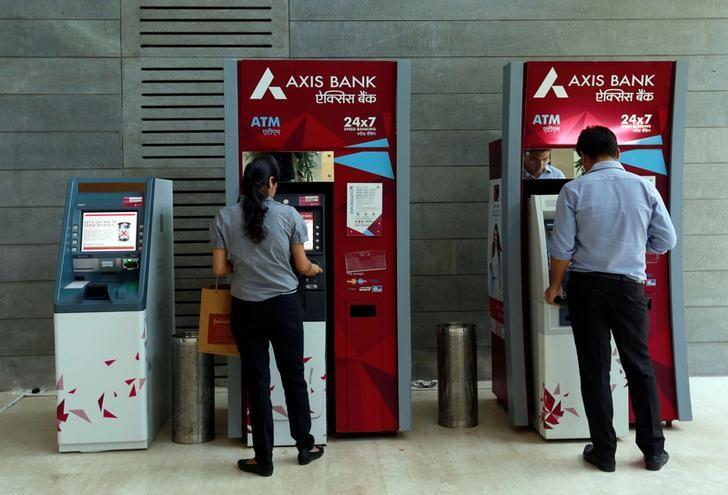 For the past few weeks, cash machines in several states in India have been running dry. For customers, it has been a grim reminder of the severe cash shortage following the government’s shock demonetisation experiment in November 2016, when it cancelled 86% of the currency in circulation to rout out black money and promote a digital economy less reliant on cash.

It is now well known that demonetisation failed to curb black money while causing enormous economic hardship to the poor and robbing the country of its economic momentum. The latest crisis of dry cash machines proves that both India’s central bank and the government miscalculated the preference for cash by Indian consumers, their vision blurred by the rise in the volume of electronic payments since demonetisation.

Instead of admitting their mistake, however, the government is in denial. It said the “temporary” inconvenience was a reflection of a sudden spurt in demand for cash, raising doubts about whether money was being hoarded by consumers wary of the health of India’s banks. Currency withdrawal by individuals during January-March 2018 was at Rs 1.4 trillion, up from Rs 1.1 trillion in the corresponding quarter of 2016. The March 2017 quarter data isn’t comparable because of the immediate impact of demonetisation in November 2016.

The RBI pointed to logistical issues in replenishing the cash machines, adding that some automated teller machines were still being recalibrated to dispense new currency denominations to account for their different size. Nevertheless, it pledged to boost printing more notes and said it had sufficient cash in its vaults and currency chests to meet the increased demand for cash.

So what caused the demand-supply mismatch? Demand for cash usually rises ahead of the crop harvest season in March-April. Elections in five Indian states over the next few months may have also led to an increased demand for cash. However, these are factors the RBI should have known and accounted for. The central bank’s statement that the ATMs were still being recalibrated, to dispense new denominations such as the Rs 200 notes more than 15 months after the currency ban, if true, is a weak apology for incompetence.

‘Cash in hand’ with banks, which comprises cash supplied by the RBI, from which banks stock up their ATMs with currency notes, fell to around Rs 604.8 billion as of March 30, from Rs 710 billion at the end of December 2017.

What explains this decline? The RBI clearly miscalculated the demand for currency, but was this a result of a deliberate policy decision predicated on the assumption that the economy would be less cash reliant post demonetisation? The latest Economic Survey (Figure 22) provides us with some clues to the government’s thinking that could have prompted the RBI to underestimate the demand for currency. On demonetisation, the survey estimates the impact would be about Rs 2.8 trillion less cash (1.8% of GDP) in 2018. The hype over digital payments buttressed by the increase in the volume in electronic payments, which peaked in January 2018 (the decline in February is a blip since the month had 28 days), may have also influenced its decision.

In absolute terms, the total cash in circulation – which includes currency notes and coins with the public and ‘cash in hand’ with banks – was Rs 18.43 trillion on April 6, which is more than the Rs 17.98 trillion cash in circulation a few days prior to demonetisation. As a percentage of GDP, however, it accounts for the less than the roughly 12% of GDP before the demonetisation drive. For the trend (customer preference for cash) to have remained unchanged from its pre-demonetisation level and based on a fiscal 2019 nominal GDP estimate of about Rs 187 trillion, a ratio of 12% would mean that currency in circulation would have to be close to Rs 23 trillion.

The government had been betting on a change in behaviour to an economy less reliant on cash, which hasn’t materialised. Digitisation that was forced on the people during the demonetisation drive has worked in the periphery as can be seen in the rise in the number of electronic payments. But a large unorganised sector, poor internet connectivity and point of sale machines necessary for carrying out digital transactions mean Indians still prefer cash. Indeed, a year after the hamlet of Dhasai in rural Thane was touted as Maharashtra’s first cashless village, traders have gone back to dealing in cash, citing poor internet connectivity, frequent power cuts and payment charges.

If there is a lesson to be learnt from the current ATM crisis, it is that demonetisation has failed to change consumer preference for cash. The RBI should take note of this when estimating demand for currency, despite the hype over electronic payments.

Indrani Dattagupta is a UK-based business journalist and has previously worked for The Economic Times and The Wall Street Journal.