Discussion on serious economic challenges currently faced by India is either absent or trivialised in this year's Economic Survey. 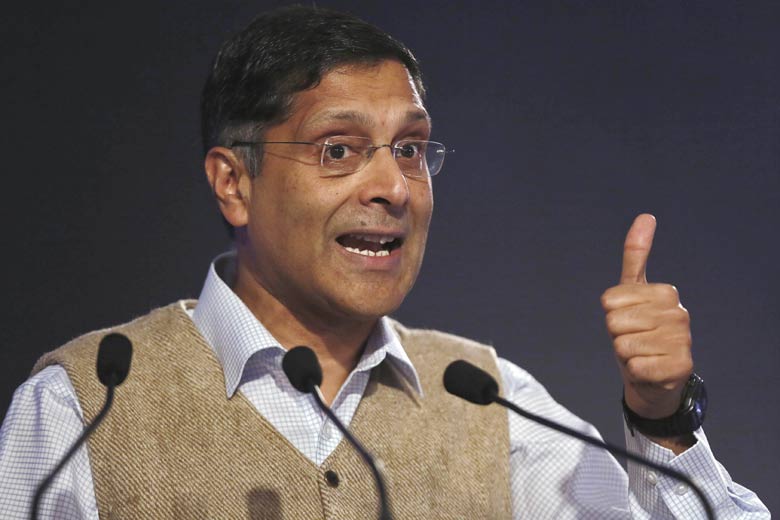 The Economic Survey is an important document, generally released a day before the Union Budget is announced. The survey documents the official view of major economic developments that have occurred during the year and thereby provides a preview of the government’s thinking on various economic issues. It is therefore an important policy document for academicians, researchers, analysts and policy makers across the country.

The most recent Economic Survey, however, appears to be more of a collection of research articles, with focus on a few subjects and hypotheses that stray far away from economic reality in India. It is not a survey of last year’s economic events. Illustratively, the survey examines the twin balance problem of the commercial banks and their relationship with the corporate world, with both under stress. The suggested solutions in the survey include creating a public sector asset rehabilitating agency (PARA). This has been adopted some countries but not always successfully, and it comes at a price which finally is borne by taxpayers. Another source could be funding from the capital market. Finally, as in the previous year, the Economic Survey suggests that RBI could transfer some of it reserves to ailing commercial banks and PARA.

This proposal to tap the RBI may not be a good solution to the problem of rising stressed assets, highest in public sector banks (PSBs), because of various reasons. First, PSBs are owned by the government and only the owner should capitalise it. Second, as a matter of principle, reserves and resources held within the RBI serve manifold purposes to stabilise the economy and should not be used to capitalise PSBs, which are commercial entities. Third and more importantly, this proposal is similar to the one made earlier in 2003 that because foreign exchange reserves are accumulated and held within the RBI, they should be used to finance unknown infrastructure projects. Similarly, it also reminds me of the sad saga of ad hoc treasury bills and automatic monetisation of deficit that prevailed unabated from 1955 to 1993, and after much effort and two special agreements was finally closed in 1997.

Fourth, comparing the level of reserves of the RBI with those held in advanced countries or oil-rich countries may not be a good benchmark to follow, especially after 2008. Finally, given the illustrious track record of the RBI, reserves, independence and credibility of the institution should not be eroded by such ad hoc policy measures. A robust balance sheet of the RBI is a first line of defence in any crisis and should not be weakened for short-term benefits, especially when the world is facing unprecedented uncertainty. The opening of the direct channel of the RBI recapitalising commercial banks may not be appropriate and may set a wrong precedence. After all, the RBI is the regulator and supervisor of commercial banks, including PSBs.

Another interesting illustration is in chapter 9, titled ‘Universal Basic Income: A Conversation with and within the Mahatma’, which starts with the quotation in which Mahatma Gandhi opposes free meals and encourages the rule of “no labour, no meal”. In sharp contrast to the quotation, the chapter then goes on to forcefully argue that universal basic income (UBI) would be helpful for India as it will help eliminate poverty. The case for UBI, which would cost 4.9% of GDP, is vigorously promoted while ignoring the fact that total tax collection by the Centre is just about 9% of GDP. The analysis also acknowledges that the performance of the public distribution system and the rural employment guarantee schemes have been improving in the past but still persists that UBI will serve the purpose better of placing purchasing power in the hands of people.

The challenges that StartUp India and StandUp India are facing, along with labour shortage for agriculture and micro, medium and small enterprises, anecdotally because of employment guarantee schemes, are not discussed in the survey. In fact, in view of India’s young demographics, with two-thirds of the population below 34 years of age, a focus on how to achieve an employable and skilled India could have been more beneficial to policy makers. Gandhiji was right in emphasising ‘no labour, no meal’. The time for UBI in the land of Gandhi might not have yet come.

Yet another interesting illustration is the detailed discussion on demonetisation, spanning roughly 28 pages, where most of the arguments are tentative and hypothetical in nature. The chief economic advisor tries to calculate the amount of black money held in cash by analysing soil rates of notes.

In India, for 11 crore elderly, 70% of women who are housewives and 30% people are below the poverty line, cash is the most prominent way to store savings or medium of exchange. Therefore, the low “soil rate” of high-denomination notes need not directly imply high corruption. Similarly, high-denomination notes, each one of them, equivalent to monthly per capita of many are kept diligently, resulting in a low soil rate. Most importantly, in the discussion on demonetisation, where research was needed most, data and analysis is starkly lacking. Research analysis on demonetisation can be improved by providing estimates of marginal propensity to consume, save and invest from different sources of income and wealth; trajectory of economic recovery; and implications for different goods like consumer, capital, durable and non-durable. These estimates then could help in predicting pattern of industrial production. The basis of reduction of GDP estimates presented in chapter 3 ranging between quarter and half percentage points relative to 7% growth, without assumptions and detailed analysis, is not convincing. Rather, it can be argued that growth could look upwards because consumption would be postponed and not extinguished, investment because of lowering of interest rates could be higher, exports could see a boost in view of depreciating of currency, and government expenditure would be higher because of higher revenue receipts.

Reading the Economic Survey reveals that econometric techniques have been deployed even if not warranted, a typical doctoral student approach to research. The discussion on serious and major economic challenges faced by India is either absent or trivialised – the titles of various chapters serve as an illustration to that approach.

A traditional Economic Survey, with review of the economic developments over the last year, was not released this year. Instead, a survey which resembles a research conference volume, where international references double that of domestic references, has been issued. The topics in the present survey could have been used as conference modules to discuss with the larger segment of domestic economists and local practitioners for a more meaningful and relevant analysis. It would also be interesting to have the names of authors and their affiliations presented with each chapter, as is the convention with some international publications like World Economic Outlook or Global Financial Stability Report of the IMF. In view of the sanctity of the traditional Economic Survey, with detailed data and trend analysis, and its importance for domestic researchers and scholars, the current survey does not meet these requirements. What it does instead is showcase blue-sky research without contextual analysis, ultimately resulting in analysis that seems disconnected from India’s pressing priorities.

Charan Singh is a professor of economics at IIM Bangalore.