Are We on the Edge of a Food Crisis?

With food outputs already down and fuel prices going up, the market is very unsettled and the the threat of hunger is at its highest. Three experts weigh in on the whys and hows. 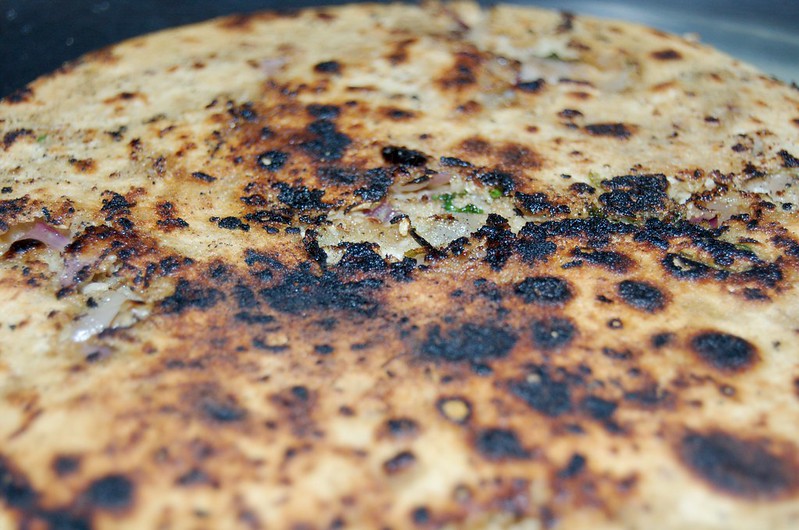 The food markets have been volatile since the Ukraine-Russia conflict – including problems like short supply, food inflation and hoarding. Although India’s Reserve Bank of India thought we will be safe from inflationary pressures, especially food inflation, the opposite is turning out to be true.

With wheat, edible oil – sunflower and rapeseed – and chemical fertilisers supplies in a deadlock, the Indonesian decision to ban refined palm oil exports comes as a shocker.

News from South America is not good either as Argentina, a major producer of soy bean, corn and meat, had bad harvests due to a heatwave earlier this year. Food inflation is already hitting Indians and experts feel this is only the beginning of our food troubles.

But apart from the vagaries of weather, what was happening economically?

With food outputs already down and fuel prices going up, the market is very unsettled and the the threat of hunger is at its highest.

To get a stock of the inflation, we spoke with Professor Sukhpal Singh first. “Retail inflation is about 7% and wholesale, around 15%. In food, the retail inflation is likely to be higher than the overall figure due to some commodities in the food basket becoming costlier and also due to fuel inflation,” Singh said, confirming fears that Indians will be paying more for food this year. 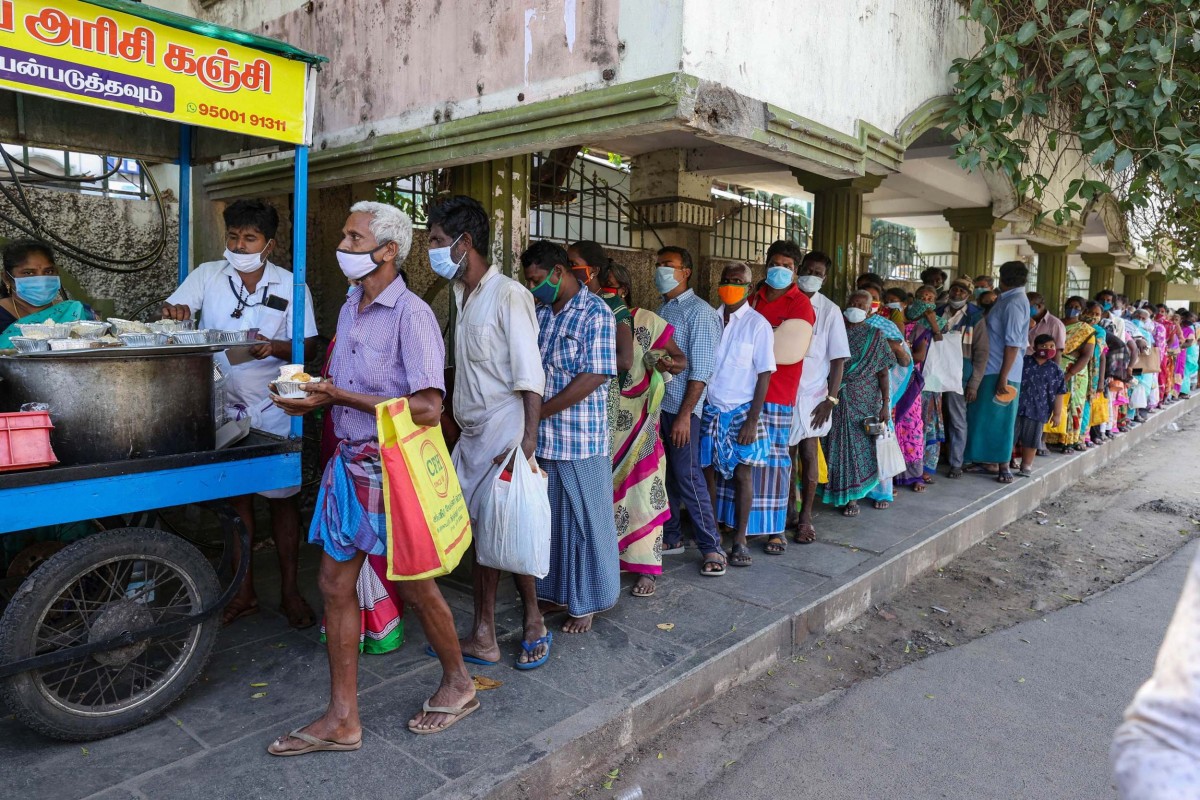 The constantly increasing fuel prices upset all budgetary calculations, having a direct impact on food.

Singh did add a caveat, “However, this is not very dire yet as it is said that the wholesale and industry sectors have not passed on higher costs to the retail and consumer levels due to various reasons, including the pandemic.”

However, this will happen in due course as Consumer Price Index naturally converges with the Wholesale Price Index.

Prices of edible oil have sharply risen already at the production level, and the Indonesia ban was one of the dominoes. Therefore, it is only a matter of time before we feel the prick.

What happens to food inflation? “It is driven by domestic supply tightening in the exporting country and will have an effect on Indian market as palm oil is a major type of edible oil consumed due to its lower price so far. But it’s price going up may help other oils revive and gain some market share in India if the ban persists,” Singh explained.

“Food inflation impact may not be very high if we shift to other oils but as we are so dependant on oil imports, it will still show in food inflation,” the professor added.

Agriculture policy expert and activist Devinder Sharma said there have been 5 quintal per acre losses in most areas. “That’s a big loss for a small farmer. Public procurement is also down, and heatwave and bad weather has taken a toll.”

But our conversation quickly moved towards the edible oil scenario, which globally is on a slippery slope. “The global food crisis has a lesson in self sufficiency for India. Over the years we have deprioritised domestic food supplies lines, thinking we will always get cheaper food on the shelves. But that system has failed us once again,” Sharma said.

“India was nearly self sufficient (97% edible oil target) through the yellow revolution, but then we changed policies removing import duties and didn’t encourage oilseed farmers. The result is in front of us,” Sharma added.

He took us down memory lane, “In 2007-08 there was a world food crisis. As many as 37 countries had food riots. Indians escaped because we hadn’t linked to the global food system. We can’t afford to depend on the corporate driven food system,” Sharma said.

So is our world slowly slipping towards a food crisis?

Devinder Sharma said, “Even before the Ukraine conflict, FAO food index food clearly indicated a crisis of hunger and food. The Russian war has given this impetus as about 55 countries depend on the region for wheat and other food. But overall, the prices were already at an all time high. Look at oil, DAP, and other fertilisers prices which were already high.”

But who is to blame?

“We are heading for a global crisis and commodity trading giants are the biggest profiteers. We had seen this in 2007-2008, market manipulation and complicity are responsible for 75% of the crisis,” Sharma said.

On food inflation, he tried to expose the belly of the beast. “Commodity trading and future markets are majorly responsible for this artificially-created inflation. The same thing happened during the food riots. Profits of commodity companies soared because scarcity was profitable for them. ADM, Cargill, etc., all profited and today their profits are increasing too,” Sharma clarified.

Where does the future lie, what happens to our food, given that so many parts within this system are threatened. “Given the fertilisers and climate crisis, the world the needs to rethink what kind of food systems we want to have for the future. Because in a country like India, with each wrong decision, millions of households will be affected. We would have to redesign our economic system, because the current one is not sustainable,” Sharma said.

A woman removes stalks from red chilli peppers at a farm in Shertha village on the outskirts of Ahmedabad February 6, 2019. Photo: Reuters/Amit Dave/File

Sharma said that the way the climate is changing, we should have adopted agro-ecology to get from a green to an ever green revolution which could make agriculture healthy and farmers wealthy. “That the only way we can prevent international food pressures and market manipulation. In this area, more than ever, India needs to be ‘atmanirbhar’ [self reliant]. This is the only way we can savee our food sovereignty,” Sharma added.

It is clear that consumers may have to brace for an unprecedented food inflation.

“The main reason for inflationary crisis is rapidly rising fuel prices. The blame lies with the government as they have hiked prices for diesel, and with it costs of agri inputs like fertilisers, and food, skyrocketed. The shortages of fertilisers also added to the inflationary pressures, but only additionally,” economist Santosh Mehrotra said.

He added, “The second problem is on the output side. There have been repeated bottlenecking in the supply chain, while inflation inducing affects of diesel are also playing out. Generally, food commodity prices are rising,” Santosh added.

Today about 700 million Indians get government ration, which makes it all the more necessary to talk about food inflation.

“We have put in place a ‘5 kg per person’ quote for cereals. In some other places, oil and dal are also given. Over half the country depends on them. The Modi government has pushed India back by many years and we are in so deep an economic crisis, that an overwhelming number of citizens have to be on government rations. Unemployment is rising and government has failed to move cultivars into non-cultivar jobs. In fact, compared to the United Progressive Alliance, the National Democratic Alliance is far behind in job creation,” Mehrotra said.

So how do we get out?

“In recent years, the government has collected Rs 26-27 lakh crore from the public on fuel excise duty alone. After cutting corporate tax drastically, the Modi government is now recovering revenue from the people. Corporates should have also paid the COVID-19 surcharges, and a wealth tax should have been introduced for people earning more than Rs 1 crore. It will take over 12 years to fully recover  from output loss after COVID-19. India should be ready for the long haul,” Mehrotra stated.

Indra Shekhar Singh is an independent agri-policy analyst. He was director of policy and outreach, National Seed Association of India. He is the host and creator of The Wire’s ‘Krishi Ki Baat‘ series. He tweets @IndraSsingh.