#Antrix-Devas: A BIT of Protectionism

India’s approach to biltateral investment treaties is very difficult to reconcile with the current government’s efforts to woo foreign investment either as part of ‘Make in India’ or ‘Digital India’. 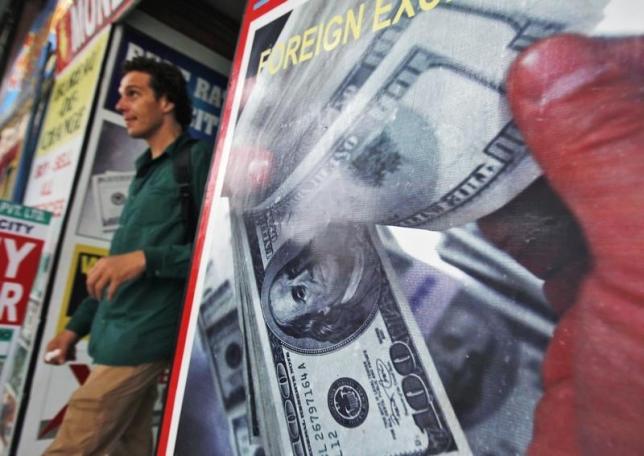 Recently, the Permanent Court of Arbitration (PCA), in a dispute between Devas multimedia’s Mauritian investors and India, concluded that India violated the India-Mauritius Bilateral Investment Treaty (BIT) and reportedly ordered India to pay damages to the tune of $1 billion. BITs, as part of international rule of law, hold states accountable to their treaty obligations to foreign investors. BITs honour international rule of law by granting investors the right to directly sue host states for treaty violations. The Devas BIT dispute arose due to India annulling a contract signed in 2005 between ISRO’s Antrix with Devas Multimedia, a Bangalore based firm. As per this contract, Antrix was supposed to provide 70 MHz of S-band satellite spectrum to Devas for providing multimedia services. However, the government hurriedly cancelled the contract after a leaked CAG report in 2011 pointed to a number of irregularities in the deal. The reason offered for cancellation was that India needed the S-band spectrum for national purposes and thus Antrix couldn’t lease it to Devas. This annulment of the contract also resulted in another claim made under India-Germany BIT by Deutshe Telekom, the German telecom giant who invested $100 million in Devas. This case is ongoing.

Most commentary on this case has so far focused on the alleged corruption in the allocation of spectrum to Devas. While a thorough legal analysis will have to wait till the award is made public, this case provides an opportunity to critically examine India’s approach to BITs. This is the second BIT ruling holding India guilty of violating international law commitments to foreign investors. The first being White Industries v India in 2011 where India violated India-Australia BIT. This ruling comes at a critical juncture when India is already reeling under pressure of many pending BIT claims made by more than 10 foreign corporations. Prominently, Cairn Energy has challenged imposition of retrospective taxes under the India-UK BIT and sought $5.6 billion compensation from India. A similar claim has been made by Vodafone under the India-Netherlands BIT. Khaitan Holdings Mauritius Limited (KHML) has sued India under the India-Mauritius BIT claiming $ 1400 million in damages for the Supreme Court ordering the cancellation of the 2G licenses.

So, what are the reasons for these BIT claims? First, different organs of the Indian government — whether the executive annulling the contract as in the present case or the Supreme Court ordering the cancellation of 2G licences or the Parliament amending the Income Tax Act retrospectively — appear to be oblivious to India’s BIT obligations.

These treaties are often not factored in while taking decisions. This makes the decisions of these organs vulnerable and thus easy for foreign investors to mount BIT challenges. Second, most Indian BITs signed since 1994 contain broad provisions that fail to reconcile investment protection with host state’s right to regulate. These broad provisions become prime candidates for interpretations that favour foreign investors. For example, in White Industries v India, the Australian investor won the BIT dispute against India by relying on the broad and unqualified most favoured nation (MFN) provision of India-Australia BIT. White Industries was struggling to enforce an ICC award against Coal India in Indian courts for nearly a decade. White argued that India failed to provide it effective means to enforce its rights. Although India-Australia BIT didn’t contain the ‘effective means’ obligations, White used the broad MFN provision to successfully argue that India, by agreeing to the ‘effective means’ obligation in its BIT with Kuwait and by not providing for the same substantive standard in its BIT with Australia, treated White less favourably and thus violated its MFN obligation.

After the setback in White Industries case, India launched a review of its BITs. One expected that the outcome of this review would be a change in India’s BIT practice from investor-friendly treaties to BITs that reconcile investment protection with host state’s right to regulate. However, a misdiagnosis of the reasons for BIT claims led to the adoption of the 2015 model BIT that represents the other extreme: a protectionist template meant to immunise India from BIT claims.

The misdiagnosis is also to be seen when it comes to specific investment protection standards. For example, India wrongly believes that it lost to White Industries due to the presence of MFN clause though the real reason was not the clause per se but its broad and unqualified nature. Rather than adopt a restricted MFN, India decided to completely do away with MFN provision, a core non-discrimination principle, in its 2015 model BIT. Similarly, in case of challenges brought by Vodafone and Cairn, seemingly, India believes that investors were able to make these claims because these BITs do not exclude taxation measures; and not because of the regressive step of imposing taxes retrospectively. Hence, India decided to specifically exclude taxation measures in its 2015 model BIT completely ignoring the fact that investor shall have no remedy in case of abuse of tax powers by State. The retrospective amendment to the Income Tax Act, which curiously has been criticised in budget speeches, has been left untouched.

Recently, in another bout of disproportionate reaction, India decided to unilaterally terminate BITs with more than 50 countries including major investors such as UK, Germany and France.  India wishes to negotiate new treaties based on the new model BIT. However, negotiating and signing new BITs will be difficult and lengthy. US with whom India is negotiating a BIT, has expressed concerns over the Indian model. EU has expressed its unhappiness over unilateral termination arguing that EU member states cannot bilaterally negotiate the BIT with India because this power now vests with the European Union.  Although existing investment will get treaty protection for next 10-15 years due to the survival clauses of BITs, new foreign investment in India from these 50 odd countries shall have no protection under international law. Instead of creating this legal vacuum, preferred approach would have been to start renegotiation and replace the new text with the text of the existing treaties.

Moreover, Indian investment in these countries shall have no protection under international law in these countries. BITs are not a one-way street. Given India’s increasing role as a capital-exporting nation, BITs might come very handy to protect Indian investment abroad especially in those countries where Indian investors face high regulatory risks. The recent example of an Indian company namely Indian Metals and Ferro Alloys (IMFA) Limited suing the Indonesian government for its regulatory measures in coal mining under the India-Indonesia BIT demonstrates the usefulness of these treaties for Indian investment abroad. However, it seems, Indian policy makers, in their zeal to immunise India from BIT claims, have completely forgotten this critical aspect of BITs.

The other important issue this case has thrown up is lack of transparency regarding BIT claims made against India. On the website of the Finance ministry, the nodal body dealing with BITs, no information is available regarding the claims made by Devas’s Mauritian or German investors i.e. why were these claims made, what was the amount of damages claimed and awarded by the BIT tribunal etc. No information is available about any other BIT case that has been brought against India. Compare this with the US, where the country’s department of state website provides full details, including the arbitral award, of all claims made against the US under NAFTA and the claims initiated by US investors. It is critical to keep in mind that BIT disputes are not ordinary commercial disputes. These disputes involve adjudication of sovereign action and involve questions such as whether a state has breached its treaty obligation. Furthermore, if the investor succeeds then governments have to pay damages to the foreign investor, which means diversion of tax payer’s money to a foreign corporation. Given the high public interest involved, it is incumbent on the Indian government to voluntarily make all the information on these cases available on the website.

In sum, one can say that given India’s recent approach to BITs, the Devas BIT ruling will only harden the Indian urge to follow a more protectionist and inward-looking BIT strategy. India’s recent decision to reportedly block Tata Sons from paying $1.17 billion to NTT DoCoMo, a Japanese firm, on account of Tata’s losing a case at the London Court of International Arbitration, indicates that India might challenge the enforcement of the Devas BIT arbitral award in possible forums including Indian courts. Any such step will send out negative signals to foreign investors and also show India in poor light internationally as a nation that does not wish to be held accountable under international law. India’s approach to BITs is very difficult to reconcile with the current government’s efforts to woo foreign investment either as part of ‘Make in India’ or ‘Digital India’. The sooner these contradictions are resolved the better it will be.

The author is an Assistant Professor of Law at the South Asian University. Views are personal.