After Demonetisation, Banks Flush With Money, But Companies in No Shape to Borrow

Rising non-performing assets and sluggish economic growth have led to a decline in corporate borrowing, inhibiting the anticipated lending bonanza to companies from banks after demonetisation. 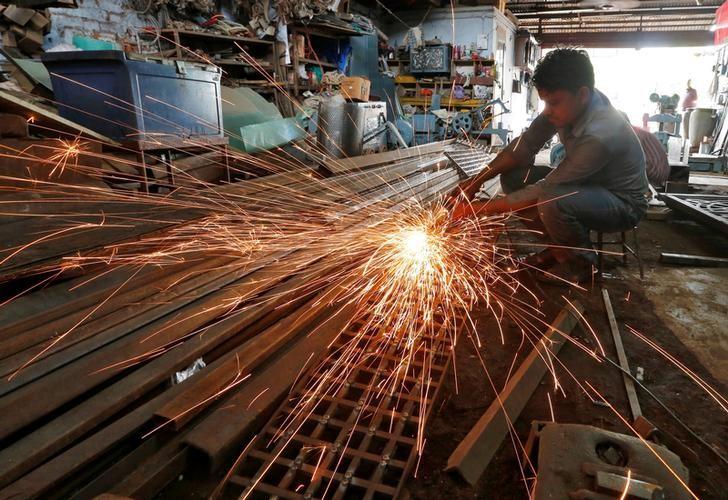 A lending bonanza to companies could be dampened by an overhang of bad loans and slowing demand, now made slower by demonetisation. Credit: Reuters/Amit Dave

“Demonetisation has made banks flush with funds, and they will lend it to productive sectors,” power minister Piyush Goyal said on November 26.

It won’t be quite as easy as Goyal said.

Rising non-performing assets (NPAs) and sluggish economic growth sparked a 60% decline in corporate borrowing over the last six years, according to an IndiaSpend analysis of Reserve Bank of India (RBI) data, inhibiting the anticipated lending bonanza to companies from banks after demonetisation.

Now, after the government scrapped 86% of India’s bank notes, by value, there are growing indicators of a further slowing.

Automobile companies are witnessing the sharpest fall in deliveries to dealers in 16 years, the Times of India reported, home sales have hit a six-year low, NDTV Profit reported and bank credit to infrastructure companies declined steadily over the first eight months of 2016-17 and contracted 6.7% in November, the Indian Express reported, quoting RBI data released on January 10.

So, the Rs 12.44 lakh crore that has now returned to the banking system may be difficult to lend to the corporate sector.

“Deposits can be deployed only if interest rates are cut. Without reducing interest rates, demand won’t rise,” said Nilanjan Ghosh, an economist at the Observer Research Foundation, a think tank. “The assumption is that demonetisation has led to higher deposits, resulting in larger cash reserves, allowing banks to advance loans and earn interest. This, in turn, will impact profits, strengthening the core capital of banks.”

“Demonetisation, apparently, has led to a swelling number of bank deposits, but even if there is a significant thrust from the government, it may take banks between nine to 12 months to deploy such funds profitably,” said R. Maheshwaran, a former general manager with a public sector bank.

Merely reducing key rates won’t help, since banks will have to meet capital requirements before they start lending, said Vipin Malik, former director, central board of the RBI.

“Increasing deposits may help in the long term, but the banks will breach the capital trigger of March 2017 unless the government infuses capital,” said Malik. “The banks have breached sectoral limit of lending in terms of capital adequacy.”

Stating that a lot of unaccounted money has been lodged in banks, finance minister Arun Jaitley recently asserted that these deposits would increase the lending capacity of banks.

Why the decline in corporate loans

While the Centre banks on new deposits to revive lending, credit to the corporate sector (manufacturing and services) declined 60%, from Rs 4.7 lakh crore ($71.5 billion) to Rs 1.9 lakh crore ($ 28.6 billion) over six years, according to RBI data.

The worst hit were large-scale manufacturing units, which reported a drop of 69% in borrowing over six years.

Loans to the transport sector and non-banking financial companies declined more than 56% over the six-year period.

While rising NPAs is one reason for the decline in corporate borrowings, declining demand due to an economic slowdown and the stagnation of existing industrial capacity has also contributed to the lending downturn.

“Risks to the banking sector remained elevated due to continuous deterioration in asset quality, low profitability and liquidity,” the RBI warned in its December 2016 report.

The NPAs of public and private-sector banks were around Rs 6 lakh crore ($89.5 billion) as of March 2016, Jaitley told the Lok Sabha.

“A large chunk of NPAs of banks are from large enterprises. There is higher risk involved,” Ghosh said. “So, bankers might have taken a conscious decision to lend less to them.”

The growth rate of eight core industries (electricity, steel, refinery products, crude oil, coal, cement, natural gas and fertilisers) declined from 6.5% in April 2012 to 2.8% in April 2016, according to government data.

In July 2016, the government announced in the Lok Sabha that it is “continuously taking steps to boost growth in these industries.”

Even though most of the NPAs belong to large-scale industries, the impact on loan disbursal has been felt by small and medium enterprises (SMEs).

“In the backdrop of rising bad debt of large scale industries, bankers are wary of giving loans even to SMEs,” said Dhanjay Subramaniam, a Tirupur-based chartered accountant. “Higher deposits would ease access to loans by SMEs.”

If demand in the economy is to be boosted, SMEs must be remonetised. “It is important to support unorganised and small industries to help fuel demand,” Vipin Malik, former RBI director, Central Board said.

To help banks meet a minimum cushion of liquidity, the finance ministry in August 2015 said that PSBs would need Rs 180,000 crore ($26.8 billion) capital over the next four years.

The government has proposed the Indradhanush plan to infuse Rs 70,000 crore ($10.4 billion) in PSBs over the next four years, although banks will have to raise additional funds from the market.

“State banks are dependent on the government for capital but capital injection by the government is not sufficient to address capital needs,” said Vishwas Utagi, secretary of the All India Bank Employees Association. “With markets on the decline, the prospect of raising capital from the market looks weak.”

Jaitley, while presenting the Budget in 2015, had said that public sector banks would sell stakes as part of a capital-infusion plan.

“Jaitley’s big-bang bank recapitalisation announcement offers temporary relief,” wrote Tamal Bandyopadhyay, the author of Sahara: The Untold Story and A Bank for the Buck, in his August 2015 column in Mint.

“The government must address fundamental issues and infuse right skills and expertise in these banks. In their absence, capital infusion alone is a band-aid solution to the problems.”

Rising deposits triggered by demonetisation could lead to Rs 38,000 crore ($5.7 billion) treasury gains for PSBs, according to this report from India Rating & Research Credit Agency, which would allow PSBs to meet their minimum capital needs.

“We expect yields to fall further to 6.25%. Banks owned Rs 29 trillion worth of government and high-rate corporate bonds as on November 11, 2016. The softening of yield to 6.25% will lead to treasury gains,” said Saumyajit Niyogi, associate director, India Rating and Research.

“A surge in deposits will increase demand for government and high-rated corporate bonds and is likely to put downward pressure on yields under the current tepid credit demand scenario,” the report said.

Banks are poised to benefit from the softening of yields, considering they are the largest holders of government bonds, the report added.

The government’s and experts’ optimism over prospects of an increase in lending capacity of banks has failed to impress the RBI.

“As banks clean up balance sheets, their capital position may remain insufficient to support higher credit growth,” the RBI said in its December 2016 Financial Stability Report.

Note: Conversions based on Rs 67 per dollar.

Prathamesh Mulye is a New-Delhi-based reporter and a member of 101Reporters.com, a pan-India network of grassroots reporters.