After Biting the Bullet on Fuel, Fertiliser and LPG, What Will be the Impact on Centre's Finances?

While the measures are welcome, it may end up providing only marginal relief at a substantial cost. 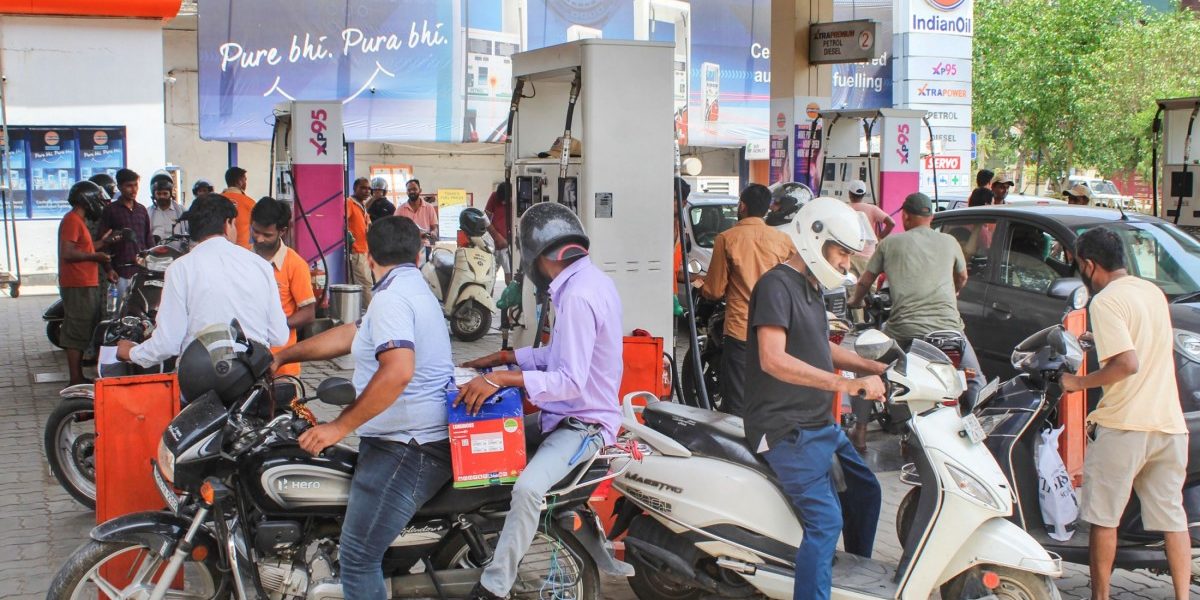 People get their vehicles filled with fuel at a petrol pump in Gurugram, Sunday, May 22, 2022. The central government reduced excise duty on petrol by Rs 8 per litre and on diesel by Rs 6 per litre, on Saturday. Photo: PTI

Mumbai: Inflation seems to be hurting politically, which is one reason why the Narendra Modi-led government, forced into a corner, had to bite down the bitter pill of a reduction in excise duty on petrol and diesel by Rs 8 and Rs 6 respectively.

There are other pills as well that the government has opted to swallow. Apart from the initial allocation of Rs 1.05 lakh crore as fertiliser subsidy in the budget, another tranche of an additional Rs 1.10 lakh crore has also been provided. Additionally, over nine crore beneficiaries of the Pradhan Mantri Ujjwala Yojana will receive a subsidy of Rs 200 per cylinder up to 12 cylinders.

Of course, all of these measures will come at an economic and fiscal cost which puts the Indian economy on the fast lane to an assured destination of higher borrowings, widened gross fiscal deficit and a steeper yield curve. With the petrol and diesel excise duty rate cuts, the government coffers will be absorbing an annualised revenue loss of Rs 1 lakh crore, whereas the LPG subsidy, as per finance minister Nirmala Sitharaman, will cost the exchequer Rs 6,100 crore per year. Besides this, there are other import custom duty cuts on coking coal, ferronickel and coke ranging from 2.5%-5% to nil. According to Acuité Ratings & Research, the total cost of these fiscal slippages will chalk up to a hefty Rs 2 lakh crore.

BJP’s largesse packed in the avatar of these subsidy measures, albeit welcome, will only provide marginal relief at a very high cost while the larger geo-political tensions and supply chain haemorrhaging unleashed in the aftermath of the Russia-Ukraine war continue to push up India’s import bills, widen the CAD and depreciate its currency. In any case, inflation’s bogey is already dampening GDP growth forecasts and pushing 10-year bond yields to record levels.

A research note by Kotak Economic Research estimates that the Indian government will have to raise an additional Rs 1.3 lakh crore (Rs 77,000 crore in G-Sec and Rs 50,000 crore from T-bills) from the bond markets. “We estimate additional borrowing of Rs 1.3 lakh crore (Rs 77,000 crore of G-Sec and Rs 50,000 crore of T-bills). The supply overhang will further worsen the bond market sentiments given the limited room for RBI’s support in FY2023E. We pencil in a 10-year yield within 7.35-7.75% in the near term along with a steeper yield curve as inflation risks subside marginally. Volatility will continue given scope for mixed signals on RBI support, uncertainty on borrowings, and global yield movements.” the research note said. ICRA in a May 2022 research note also expects the 10-year G-sec yield to trade with an upward bias capped at 8%. Acuité Ratings expects the 10-year G-sec yield to move higher towards the 7.75%-8% range before the end of FY23.

Additionally, Kotak’s report sees the GFD/GDP ratio exacerbating to 6.8% from the 6.4% budgeted for FY23E. Contrastingly, ICRA sees only a marginal rise in the fiscal deficit figures to 6.5%.

On the sidelines, the expenses of the government keep mounting. The BJP government’s earlier decision to extend the PM Garib Kalyan Anna Yojana scheme by six months is likely to cost it a little over Rs 80,000 crore. Add to this mix, two developments that forebode significant repercussions for the non-tax revenue collections of the government and will disrupt its fiscal mathematics for the coming FY:

Secondly, RBI’s dividend transfer of Rs 30,307 crore touched a decadal low plummeting by 69% compared to FY22’s dividend of Rs 99,126 crore. The fall in the dividend hurts all the more at this particular juncture as the government had budgeted Rs 73,948 crore as dividends from RBI and PSBs for FY23. With the RBI contributing Rs 30,307 crore only, there is additional pressure on PSBs to cough out the deficit in dividends.

Couple the upward pressure on bond yields, the soaring subsidy costs and the sinking non-tax revenues with the dreary consumption appetite in the economy at large, especially the rural economy, and the coming few quarters already appear mired in deep trouble for the domestic economy. 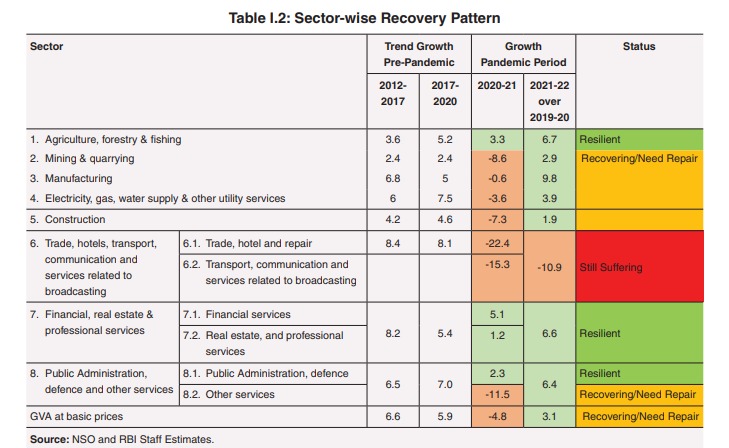 “Hope for recovery was also tied to rural demand strength. However, we see limited scope for such optimism. Limited gains for the agriculture sector and persisting weakness in the non-agriculture sector will continue to weigh on rural demand. If monsoons do not disappoint, the rural demand narrative will re-emerge. But unless we see labour shifting from agriculture to relatively high paying jobs in manufacturing and services, this optimism may not bear much fruit.” the Kotak Economic Research note said.