After August 5, Kashmir's Economy Has Suffered Rs 17,878 Crore in Losses

The Kashmir Chamber of Commerce and Industry said the present disruption has resulted in loss of jobs of lakhs of people. 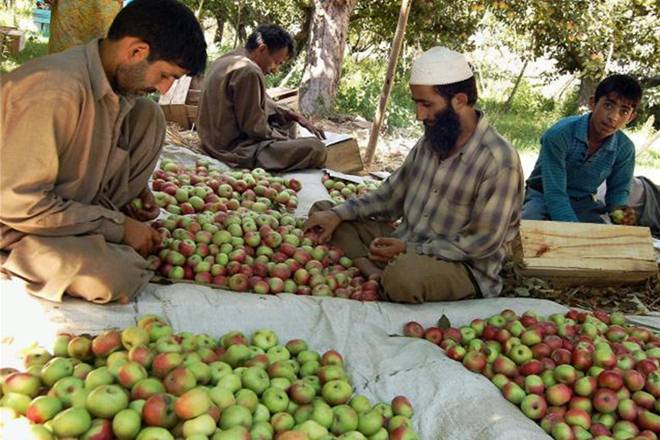 Srinagar: The continuing, four-month lockdown has laden the Kashmiri economy with a loss of Rs 17,878 crore in the face of severe restrictions in the Valley following the dilution of Article 370 and the bifurcation of Jammu and Kashmir, a trade body said on Tuesday.

Releasing a comprehensive sector-wise report on losses due to disturbance after the August 5 decision by the Centre, the Kashmir Chamber of Commerce and Industry (KCCI) stated that the losses had been assessed based on Jammu and Kashmir’s GDP for 2017-18.

“The study has focused on the 10 districts of Kashmir Valley comprising 55 per cent of the total population of Jammu and Kashmir. A time span of 120 days has been assumed for the calculations. As per this method, Kashmir’s economy has suffered a loss of Rs 17,878.18 crores,” the report said.

An assessment based on actual number of unit holders and persons engaged in each sector, job and financial losses suffered by them was undertaken, it said.

“For example, the tourism sector has been broken into its various sub-sectors like tour operators (inbound and outbound), house boats, hotels, tourist transport, shikaras, adventure sports and other allied sectors. Efforts were made to make the report as inclusive as possible. The losses suffered by pony wallahs, rafting groups to photographers and guides have also been assessed,” the report added.

KCCI said the present disruption has resulted in loss of jobs of lakhs of people.

Borrowers of financial institutions have lost their capacity to fulfil their commitments and a substantial number of accounts are likely to turn bankrupt, many business establishments have closed down or are contemplating closure, it said.

“The sectors directly dependent on internet like information technology and e-commerce have been ruined. The government intervention in the horticulture sector for which Rs 8,000 crore was earmarked for purchase of apples has come a cropper and caused price turmoil and panic sales,” it added.

KCCI said no serious exercise has been undertaken to either assess the losses or to support the helpless farmers.

“Tourism sector is in shambles. Artisans and weavers are jobless. With estimated losses of around Rs 2,520 crore, manufacturing is in tatters,” it said.