Through a RTI query, activist Anil Galgali learnt that Anil Ambani owned Reliance Energy has not paid electricity duty and other taxes amounting to Rs 1,452 crore to the government of Maharashtra. 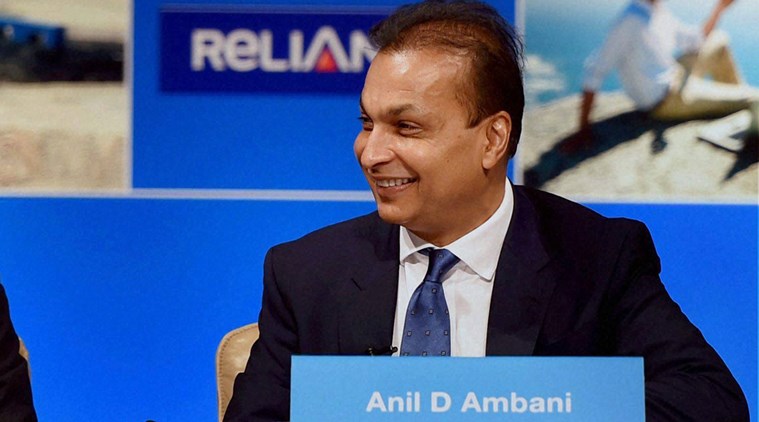 New Delhi: While the Adani group recently acquired the Mumbai business of debt-hit Reliance Energy, a query filed under the Right to Information (RTI) Act has revealed that the state government is yet to receive the Rs 1451.69 crore collected by the latter from its customers on account of electricity surcharge and sales tax.

RTI activist Anil Galgali, who had filed the query with the electricity department, said that no one knows who will pay the tax now that Gautam Adani has taken over Reliance Energy’s Mumbai arm.

Galgali had filed the query when he came to know that Anil Ambani-owned Reliance Energy had not paid to the Maharashtra government electricity duty and other taxes amounting to nearly Rs 1,452 crore which it recovered from its customers.

Galgali said that the power distribution arm had recovered a sum of Rs 14,51,69,15,200 from its customers from October 2016 to October 2017, but had “not transferred this money in government’s exchequer”.

Reply to query came in two parts from the electricity department

In another reply, electricity inspector at Mumbai Central division informed Galgali that from October 2016 to May 2017, Reliance Energy had recovered Rs 860,18,61,700 from customers under different heads of electricity duty, electricity tax and green cess. However, it was yet to transfer the money to the government. The total amount of money collected by the company between October 2016 and October 2017 stood at Rs 1451.69 crore.

Galgali said that it was only after he filed the RTI query with the government that the officials acknowledged the delay and issued a notice to Reliance Energy. According to Galgali, Wathore issued instructions to the general manager of Reliance Energy to pay the duty on Novermber 3 and the Mumbai division issued a show cause notice to the company to the effect.

Following the government’s admission of delay in the matter, the activist wrote a letter to Maharashtra chief minister Devendra Fadnavis and demanded stern action against Reliance Energy for delaying the payment. He also sought action against the erring officials, who did not take cognizance of the delay on time.

Galgali urged the chief minister to conduct an audit of Reliance Energy’s bank account and to freeze it to recover the dues. He also demanded that the sale of the company should not be allowed to finalise till it has cleared all its dues to the government.

“The government has been silent while Reliance (Energy) has been sold to Adani hurriedly by (Anil) Ambani and (he) has exited himself. The government should now seek clarity from Adani and Ambani on who will be paying the government dues,” said Galgali.