No 'Achhe Din' Here: The Modi Bubble Has Now Burst

Middle-class youth who supported Modi and gave him legitimacy are now seriously doubting his economic policies. That doubt will soon turn into rage. 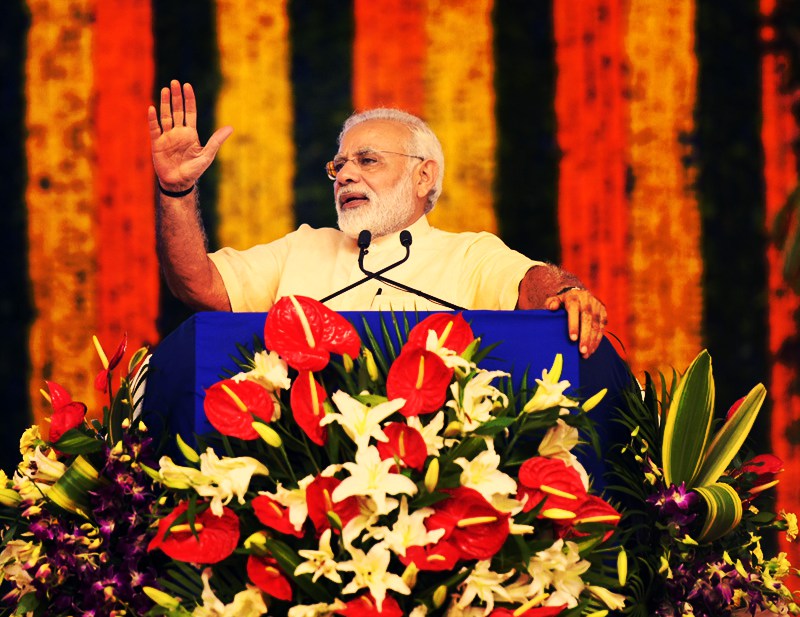 “The economy is in a tailspin. Yes, it can crash. We need to do a lot of good things to revive the economy”. These words are not mine, but Subramanian Swamy’s. Swamy is not a “pseudo-secular” critic of the BJP. He is a disappointed devotee of Prime Minister Narendra Modi who was, only last year, the BJP’s weapon of choice in its assault on Sonia and Rahul Gandhi in the National Herald case.

He is not the only one. Arun Shourie has been warning the country that Modi does not have a clue on how to revive the economy and has therefore turned to the most dangerous form of populism – communal polarisation – in a desperate bid to ensure victory in 2019. Still more scathing criticism has come from former finance minister Yashwant Sinha, whose critique of the government’s unbroken string of economic failures has brought forth no credible refutation, because none is possible.

Swamy is a reputed economist, and the other two are former ministers who have experience and inside knowledge to back their critiques. But what about the Aam Modi Bhakt – urban, educated, middle class and young? Does he still believe that Modi and Amit Shah are crafting a new economy in a New India, that can still bring ‘acche din‘?

The answer has been given recently by Ninad Vengurlekar, a Mumbai-based mechanical engineer and co-founder of a mobile-based education company, who spent a year doing a masters in education technology at Harvard University:

“Why did I support Demonetization?” I was taken over by our PM’s audacity, his resolve, his emotional appeal, and then tears. He said give me 50 days or else persecute me. I thought, if the head of the country is so confident about what he is doing, obviously he knows something that his critics don’t. My support to demonetization came from this trust in the PM. A billion people thought like me. I was not alone.

10 months later, a friend told me, “Bewaqoof banaya Modi ne.” I said,”Shayad”. And we both laughed at ourselves. But did Modi make a fool of the country? Maybe he did. But he never intended to. He was genuine when he believed that there is black money that would be unearthed out of demonetization. It will break the backs of terror organisations. Corruption will be dealt a severe blow by killing the cash economy and digital transactions will be up. Yes, UP elections would also be on his mind.

But I was sure no sane person would put the entire country through discomfort, cause deaths, wipe out incomes of the poor, just to win UP. This was my hunch. My personal reason for support to demonetization was because I genuinely believed that digital transactions would finish the cash economy.

But I was wrong and how. The economic cost of demonetization was never thought through, especially on the poor. Millions lost their jobs, industries closed down, NPAs went up and banks came under undue pressure to recover SME loans. The spiral effect was probably never imagined to be so devastating.

Digital transactions are down. Corruption looks unconquered. Worst, all the so called “black money” has come back to the system. GDP [growth] is down to a historic low. And now RBI has stopped short of saying that demonetization was a dare gone horribly wrong.”

Vegurlekar’s is not an uninformed outburst. All the recent signals from the economy are sharply negative: the onset of deflation in agriculture, which confirms the sharp drop in rural buying power caused by the premature return of migrant labour to villages after demonetisation; the CMIE’s recent estimate that 1.5 million jobs were lost between December and April; the shrinkage of commercial bank credit to industry this year for the first time in 63 years; FICCI’s finding that 73% of the 300-plus respondents to its latest survey of industry would do no hiring for at least the next three months; and McKinsey’s finding that more than 35% of the 466-million labour force of India in now severely underemployed, with no secure jobs and no social security.

Also read: Arun Jaitley May Be the Fall Guy, But Modi Is Truly to Blame for India’s Economic Slowdown

Add to this the fact that the investments abandoned by their promoters has risen from Rs 8,60,000 crore in March 2013 to the mind-boggling sum of Rs 11,40,000 crore in 2016, that 40 of India’s most courageous (and possibly foolhardy) entrepreneurs are entering bankruptcy court, and that almost half of the $20 billion of foreign direct investment that has come in during the last year has gone into the purchase of distressed assets by international speculators, and the picture of an unravelling economy is complete. 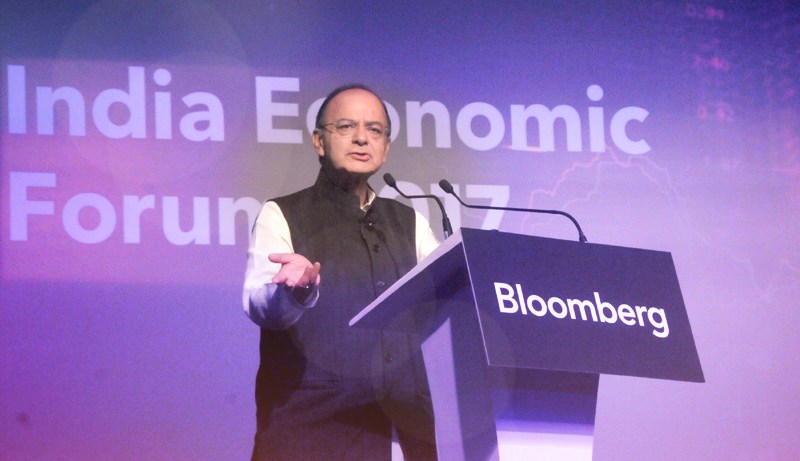 Union Minister for Finance and Corporate Affairs Arun Jaitley delivering the keynote address, at the India Economic forum, organised by the Bloomberg, in Mumbai on September 22, 2017. Credit: PIB

The harsh truth is that India’s once-envied entrepreneurial class has been all but destroyed, and India is being sold piecemeal to foreigners. It is not the only country that has faced such a tragic denouement by ill-conceived economic policies. In December 1998, a year into the Asian financial crisis, the chief of research at the Siam Commercial Bank, Thailand’s oldest bank, greeted this writer with the remark, “Welcome to the basement sale of Thailand “. We are now witnessing the basement sale of India.

Vengurlekar belongs to the part of the new middle class that was the mainstay of the BJP’s victory in 2014 – not because of its numbers, but because of the acceptability it gave to the party. But he now feels betrayed. What he has voiced is what millions of young people are also feeling.

Modi’s highly-personalised propaganda blitz had kept them quiet so far: “The government cannot be lying to us,” they probably said to themselves. “Maybe it is only me, and a few others like me, who have been unable to find jobs”. That doubt has begun to dissolve, and when it does, Modi and his government will face its inevitable corollary: rage. That was the sentiment that drove the Congress out of power in 2014. It is now rising against the BJP.

Is it too late for Modi to reverse the trend? This question begs an even more important one: does the government even know how to do so? And if it does, then what prevented it from taking the right decisions when it first came to power? Modi may claim, as Jayant Sinha has done, that his reforms will benefit India in the long run by simplifying procedures and making the income-generating classes more accountable to the government. But even if this were to prove the magic bullet the economy has been waiting for, its effects will not be felt in time to save the BJP in 2019.

What can and may well save the BJP is continued bickering within the opposition, combined with a total absence of understanding within it of what caused two decades of growth to fail so suddenly in 2012. Till it works that out, it will not be able to offer a credible plan for restarting growth. It will therefore be unable to provide hope to the people who are hurting most – the youth of India. So far not a single opposition party has shown that it has the slightest inkling of how this is to be done. Till one or more of them shows that it does, and offers a policy that the now-sceptical public can believe in, Modi may well continue to reign and the economy to sink.