Can AAP’s Economic Policies Script a Turnaround for a Sinking Punjab Economy? 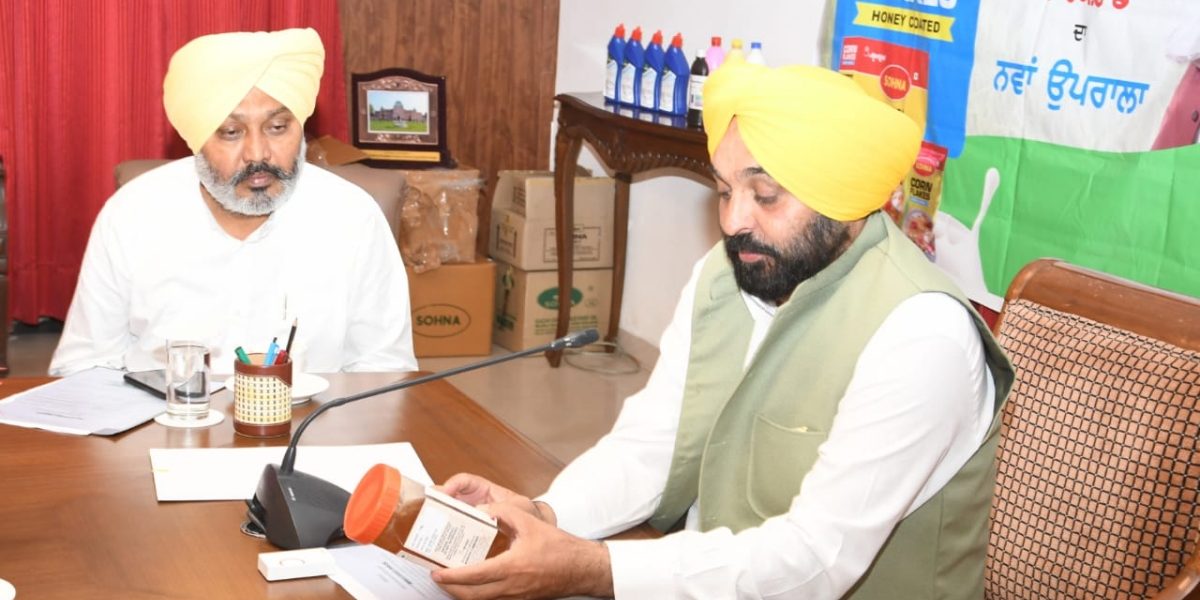 Budget documents of the state of Punjab make for a depressing read. The finances of the state government are in shambles and the state – for years, dubbed as the food bowl of India – finds itself in a debt trap.

One doesn’t know where to begin. The stream of bad news is seemingly unending and cause for optimism seems woefully limited. Should one start from the fact that a whopping 70% of Punjab’s revenue receipts for FY23 will be guzzled away by committed expenditure, which is essentially payments towards salaries, pensions, and interests?

Or, from the fact that the effective outstanding debt of Punjab stands at Rs 2.63 lakh crore, a threatening 45.88% of the GSDP?

Or, the fact that the state’s own tax revenue as a percentage of the total revenue receipts has fallen from 72% in FY12 to 48% in the latest FY?

Or, from the fact that revenue expenditure – expenditure on salaries, interests, and administrative expenses that don’t contribute to the creation of long-term assets that propel growth – has consistently been above 90% of the total expenditure and has exceeded total revenue receipts?

When the AAP government released the budget for FY23 in June, it lashed out at its predecessors who instead of exercising fiscal prudence “continued to slip into fiscal profligacy” as can be seen from the “unchecked increase in unproductive revenue expenditure, freebies and unmerited subsidies, virtual collapse in the capital and social sector investments vital for future growth, and non-realisation of its potential of tax and non-tax revenues.”

The AAP government has set some lofty goals, and the chances of them scripting a turnaround of the economic mess that is Punjab are, at best, slim in the long term, and nearly non-existent in the short term.

So, what does finance minister Harpal Singh Cheema have in his economic recovery toolbox for the beleaguered state?

Firstly, he is estimating that the revenue deficit – the difference between revenue expenditure and revenue receipts – will dwarf dramatically from Rs 20,987 crore to Rs 12,554 crore or to put it another way from 3.66% to 1.99% of GSDP.

This turnaround is pegged, amongst other legs, on a new “game changer” excise policy, which in the words of the finance minister will “break monopolies/ oligopolies that have developed in this sector over the years.” The Punjab government is eyeing an impressive state excise collection growth from the budgeted estimate of Rs 7,000 crore in FY22 to Rs 9,648 crore in FY23 – which would be an impressive increase of 56% over FY22. The new excise policy that kicked off in May this year is paving the way for tipplers in Punjab to have access to cheaper alcohol within the state, preventing the flow of business to Harayana or Chandigarh – something that had become the wont of many drinkers in Punjab considering the lower excise duties prevailing in those state. With the new excise policy, the AAP government has effectively grafted in duty cuts in the range of 25-60%. 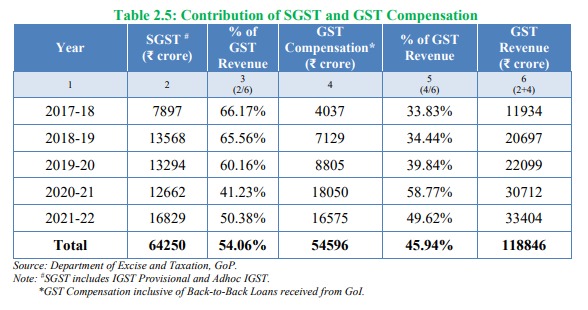 Simultaneously, the state is aiming for a virtual leap in its own state GST collections from Rs 16,200 crore to Rs 20,550 crore, a spike up of 27%, which is a little too generous an estimate considering Punjab’s economic history suggests that its state GST collection witnessed a contraction of approximately 4% and 8% in FY19 and FY20.

Even if the state manages to emerge victorious in these uphill battles, it is still staring at an imminent “fall off the cliff” situation with the GST compensation regime coming to an end last month, and there being no clarity on whether the Union government will continue supporting ailing states. The economic foreboding seems quite ominous.

“The fiscal metrics,” the white paper released by the government states, “over the last two decades, lead to the undeniable conclusion that the state finances are in a free fall, and further with the GST compensation regime ending in June 2022 and seeing a ‘fall off the cliff’ scenario and revenue shortfall of Rs 15,000 crore (estimated) during 2022-23 and Rs 21,000 crore (approx) per annum thereafter, the daunting challenge of managing [the] state’s fiscal health is the cause of worry for the state.”

Evidently, Punjab needs a fundamental and deep structural reform, failing which it will continue to hurtle helplessly on its road to disaster. For a better understanding of the soup that the state is in, sample, the rising levels of debt over the course of the last four-five decades. The outstanding debt of the state has ballooned from Rs 1,009 crore in FY81 to Rs 83,099 crore in FY12 and further to Rs 2,63,265 crore in FY22.

The downfall has been tragic for this agricultural-dominant state.

From occupying the prime position in terms of per capita income across the country for years, the state has now slipped quite a few slots to the 11th rank and is placed behind the likes of Maharashtra, Kerala, Karnataka, Gujarat and others. Unpaid dues of the state discom Punjab State Power Corporation Limited (PSPCL) are to the tune of Rs 7,117 crore. Crop loan waivers passed on from the previous governments amount to Rs 1,200 crore, while the liability on account of the 6th Punjab Pay commission report runs to around Rs 13,759 crore.

The going forward could further be spiked by AAP’s promises to provide freebies. The economy, as it is, can barely stand on its own leg sans the support of the Union government. Without a remedial programme in place, expect Punjab’s economic condition to wind down towards further dereliction.

AAP has been making lucrative and eye-popping promises. The budget outlay for the health sector has been ramped up by nearly 24% over FY22 to Rs 4,731 crore. Free power subsidy will cost the exchequer Rs 6,947 crore for FY23 while the allocation for industry and commerce has shot up by a whopping 48% to Rs 3,163 crore in FY23.

Given the little grist that the AAP government has in its mill, will it be able to pull off these promises without worsening the state’s finances further?