While the MEA is yet to respond, New Delhi’s long-stated position has been that Naik must be extradited to Indian shores. 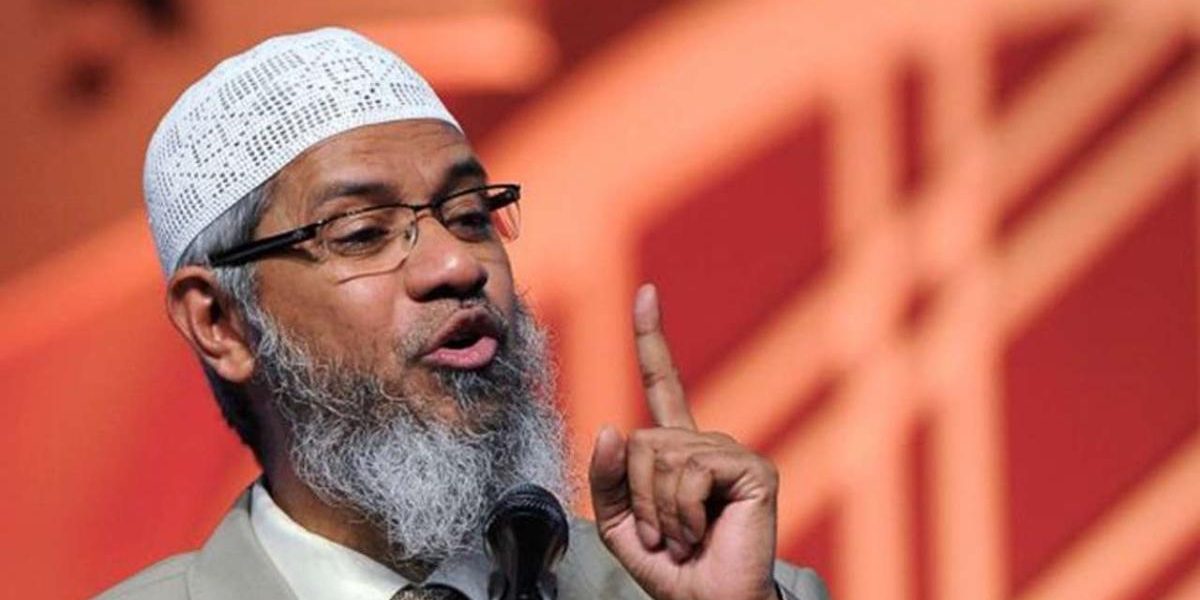 New Delhi: While India has officially called for the extradition of fugitive Muslim preacher Zakir Naik, Malaysia’s former attorney general has claimed in a book that New Delhi was ready to settle for Kuala Lumpur to only “expel him from our shores”.

On January 30, Malaysia’s first non-Malay and non-Muslim attorney general, Tommy Thomas, published his memoirs, touted as the first insider account of the Pakatan Harapan (PH) that came to power in the historic 2018 elections.

In My Story: Justice in the Wilderness Thomas recounts his period as Malaysia’s highest legal officer, including the dilemma over Zakir Naik.

In January 2018, India had formally requested Naik’s extradition to face charges of “encouraging and aiding” the promotion or attempt to promote “feelings of enmity, hatred or ill-will between different religious communities and groups”. After five months, the Najib Razak government fell in the general elections, which led to Mahathir Mohammad being sworn in as prime minister in May 2018.

Thomas wrote that shortly after taking office in June 2018, he met with the Indian high commissioner and Naik was the “first issue for discussion”. “The Indian High Commissioner was frank. Indian-Malaysian relations would not be on an even keel unless the Zakir Naik issue was resolved to India’s satisfaction,” he writes.

He then claims that the Indian envoy told him it was “not necessary” for Naik to be extradited to India, rather India “just wanted Malaysia to expel him from our shores”.

“The High Commissioner stated that it was not necessary for Malaysia to extradite Zakir to India to face criminal charges. Instead, India just wanted Malaysia to expel him from our shores. Where Zakir travelled to thereafter was not Malaysia’s concern, and India would be happy that a thorn in bilateral ties had disappeared. I said I would bring up the matter with the Prime Minister. Before that I wrote to the IGP, who replied that the police had no objection to Zakir’s expulsion from Malaysia.”

The Wire has contacted the Ministry of External Affairs for a response, which will be added to this article when received.

Also read: Zakir Naik Is Anathema to Secular Democracy, His Communal Agenda Must Be Halted

Thomas narrated that he was against instituting extradition proceedings against Naik, as it would have to be in an open court and could turn into a “political circus”. The Indian high commissioner apparently concurred with him, he writes.

“He agreed that instituting extradition proceedings in our courts on behalf of the government of India, as was required by the law of extradition and the treaty between our two countries. would exacerbate tension. Such proceedings would be in open court. Zakir would be represented by a host of lawyers who would turn them into a political circus, the social media would fan it emotionally, relations between religious groups and races would further deteriorate, and the appeal process in court would take years. At the end of a long legal journey in the courts, extradition might ﬁnally be denied by our apex court. In the meantime, the country would be torn asunder. l was not prepared to undertake such a reckless course.” 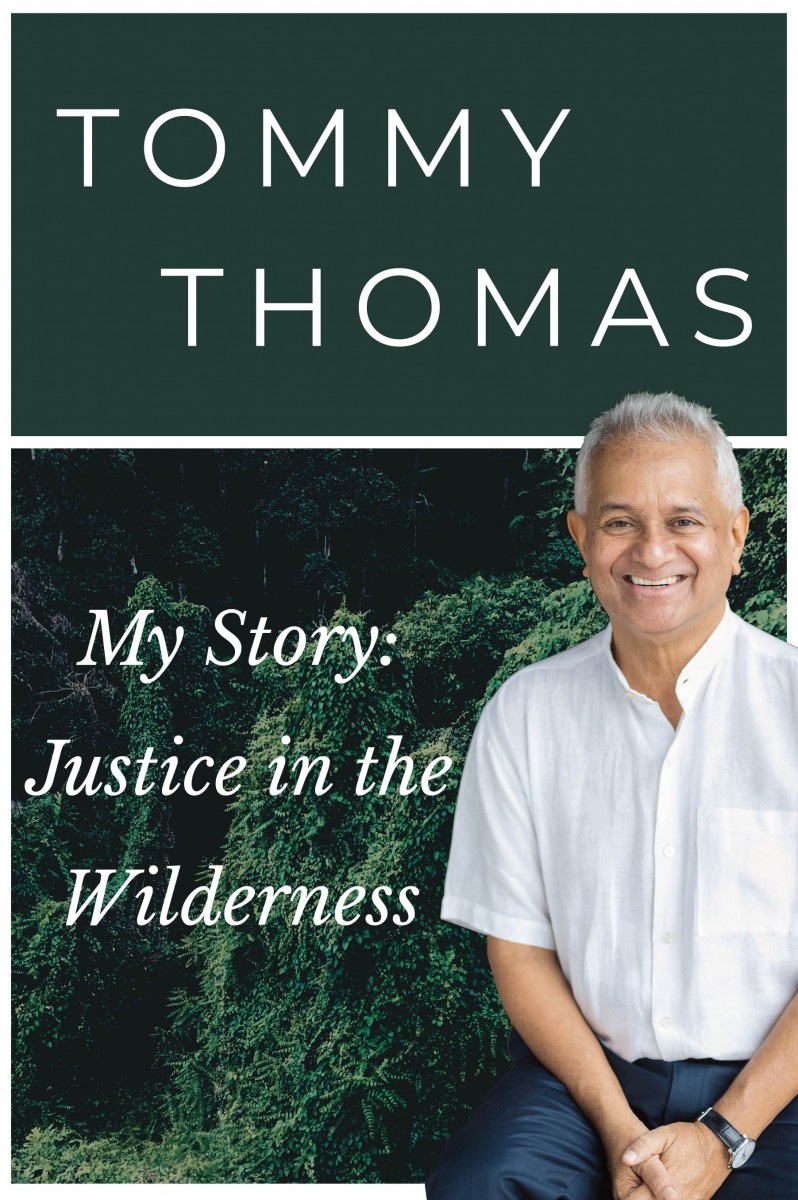 Earlier in the book, Thomas wrote that the issue of the “controversial and notorious” preacher was handled poorly by the Malaysian government, worried about a religious backlash if Naik was extradited to India.

The former attorney general alleged that the Indian-origin preacher was given a permanent residence by Ahmad Zahid Hamidi, deputy prime minister and home minister in the previous government, “apparently against the advice of the Special Branch”.

The well-known Malaysian barrister writes that the main criticism against Naik was that he attacked other religions and that he was partisan to the Islamist PAS and Malay national party and Barisan Nasional member, UMNO. “As a foreigner, he (Zakir Naik) had no business engaging in either activity. So long as UMNO was in power, Zakir had a safe haven in Malaysia.”

Thomas adds that India had written formally to the Najib Razak government to seek Naik’s extradition. “It was never considered,” he writes bluntly.

After the discussion with the Indian high commissioner and police chief giving no objection to an expulsion, Thomas writes that he gave a written opinion to Malaysian Prime Minister Mahathir Mohammed and briefed him on the subject.

“I appraised Tun of India’s position. Tun agreed that resorting to any form of court action in Malaysia must be avoided at all costs, because that was exactly what Zakir would prefer: a platform for him to spew his poison.” He referred to Mahathir Mohammad by the honorific Tun, which is the highest category federal title granted by the Malaysian king.

According to Thomas, Mohammad had no issues with Naik going to a third country. However, he wanted the final destination to be decided before the controversial preacher was forced out of Malaysia. “My suggestion that Zakir be expelled from Malaysia, so that it would be his responsibility to ﬁnd a home other than India, was not acceptable to the Prime Minister. Tun asked me to leave the matter with him.”

But whenever he brought up the issue with Mohammad, there was no further progress. “No third country wished to accept Zakir. My observation that that would mean that Malaysia was hostage to Zakir and would have to provide him with a home, did not move Tun.”

Malaysian police chief Hamid Bador informed Thomas that despite “their best endeavours”, no Muslim country wanted Naik. “When I mentioned Pakistan, Iran, Bangladesh, Saudi Arabia and Qatar, the IGP replied that each had declined to have Zakir.”

Thomas observed that his advice on Naik was the only one not accepted by the Malaysian prime minister, which puzzled him.

“I was of the opinion that the Prime Minister could have decided to expel Zakir. And would not have suffered politically for long. In any event, this would have been the right decision to take. Lawyers can only advise, clients or others decide. That also applies to the AG in some matters.”

At the annual press conference in September 2019, Indian external affairs minister S. Jaishankar said that India had been “relentlessly pursuing this matter at all levels” following the extradition request. In reply to a question, he added, “But since you raised this matter let me make it very clear for the record that there is an extradition request for Zakir Naik, we want Zakir Naik back and that is what we are working towards. So let me be very clear on that score.”

India’s relationship with Malaysia in recent years has seen a lot of ups and downs. New Delhi and Kuala Lumpur were supposed to have been close under the Najib Razak government. However, relations went downhill when Mohammad became prime minister over his utterances on Kashmir, the Citizenship (Amendment) Act and Zakir Naik.

In a move seen to be aimed at punishing Malaysia, India put restrictions on importing refined palm oil in January 2020. Till then, Malaysia had usually been the leading supplier of palm oil to the world’s largest edible oil buyer. India resumed palm oil imports from Malaysia in May 2020, two months after Mohamad  resigned as prime minister after the ruling political alliance collapsed.