Wuhan, Korea Bilateral Summits Are Crucial For the Future of Geo-Economics

While the Korean summit has various strategic permutations and combinations on the anvil, the China-India summit in Wuhan, despite its informal nomenclature, has the potential to make or mar the Asian century. More by coincidence than by design, there are three separate bilateral summits unfolding on Friday (April 27), of which the formal meeting between the two Koreas has been termed ‘historic’ and has the potential to transform the long-festering politico-military impasse in East Asia. Denuclearisation of the nascent-but-proven capability of North Korean weapons of mass destruction is the Holy Grail, and this may prove to be as elusive as the religious connotation suggests.

The second summit is the informal one taking place between Chinese President Xi Jinping and Indian Prime Minister Narendra Modi in Wuhan, often described as the happiest place in China. Given the many territorial-cum-border divergences and the post-Doklam discord that animates the Beijing-Delhi relationship, one hopes that the outcome of the informal summit will exude some degree of bilateral happiness. But the desirability and feasibility of such an outcome are inversely proportional.

The third interaction, also slated for Friday, is the working meeting (summit may be too grand a word) between US President Donald Trump and German Chancellor Angela Merkel. This follows the meeting between the French president  and his US counterpart on April 24, and both the Iran nuclear deal and the exemption of European markets from certain US trade tariffs will be high on the agenda.

On the face of it, the geopolitical and geo-strategic compulsion that underpins these interactions cannot be ignored – for instance, the regional dynamic in East Asia. In this case, a nuclear North Korea that remains in a belligerent mode outside the ‘tent’ will adversely impact the security calculus of the neighbours – South Korea and Japan – as also the other principal stakeholders – the US, China and Russia.

On the other hand, if the outcome of the Korean summit enables a more normal inter-Korea relationship with the possibility of a unified Korea in the long-term, the regional strategic implications in the security and economic domains are complex and considerable. Lest this seem an improbable exigency, the unifications of the two Vietnams and Germanys offer some insights about the unpredictable trajectory of international relations.

While the Korean summit has various strategic permutations and combinations on the anvil, the China-India summit in Wuhan, despite its informal nomenclature, has the potential to make or mar the Asian century. There is a highly likely single-state geo-economic matrix that will unfold over the next decade, if not sooner, wherein China will have the world’s largest GDP; the US a close second and India will be the slightly removed number three in this hierarchy.

The logic of trade, technology and investment or the geo-economic logic underpinning globalisation would suggest that the two Asian giants should subsume their dissonances in this very positive prosperity template so that their respective national developments efforts are appropriately catalysed. This is the gist of the tweet put out by Modi before embarking for Wuhan and it will be instructive to review the degree to which the Xi vision for China prioritises the geo-economic over the more visible geo-political/geo-strategic. The latter strands include Beijing seeking uni-polarity in Asia and therefore containing both India and Japan; and the territoriality issue, meaning come what may Taiwan will be brought back to the motherland and ‘splittist’ Tibet will be brought to heel.

In Wuhan, both Asian leaders who have to pay heed to domestic emotive nationalism would be cognisant of the centrality of the US in their own strategic assessments, as it impacts their individual national interests. History reminds them that Beijing had become a bedfellow of Washington in the latter phase of the Cold War and that the Chinese anxiety of Delhi doing something similar remains a possibility. Is this an exigency Xi would like to avoid? 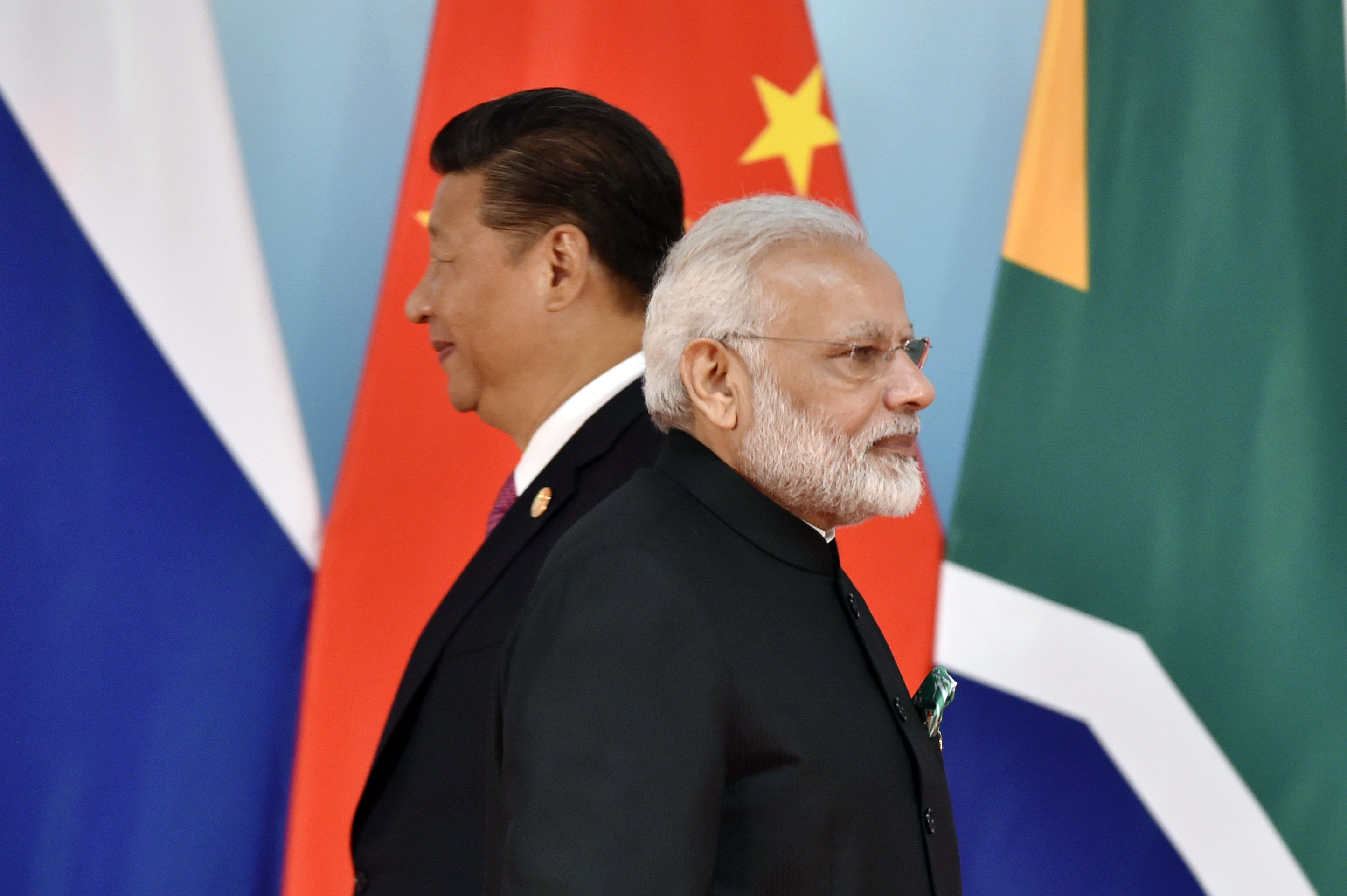 Neither China nor India are autonomous players in the 21st century and are part of a deeply entangled geo-economic and trade/technology lattice. Currently, technologically nimble multinational corporate entities have acquired a market and socio-political profile that on occasion dwarfs the primacy of the nation-state, and both Asian leaders are trying to factor this inevitability into their domestic and international policy choices.

The current tension in the US-EU relationship triggered by the radical policy changes of the Trump White House is more immediate than usually perceived. Two deadlines are  drawing closer. On May 1, the European exemption from US steel tariffs will expire and if the Merkel visit fails to resolve this matter, the beginning of a trans-Atlantic trade war cannot be ruled out. If this is compounded by a US-China trade showdown, the next few months would witness considerable fiscal and economic turmoil as the trade behemoths growl at each other.

Down that month, on May 12, the Iran nuclear deal brokered by the Barack Obama administration with robust French-German support is likely to be re-opened by Trump and his newly appointed secretary of state and national security advisor. Were that to happen, Tehran will hunker down and the global hydrocarbon market will become uncertain and uneasy with attendant regional strategic implications. Both China and India will be affected by this backlash.

In summary, whatever be the nature of the outcomes, the end-April summit season portends to be more eventful than currently perceived. The pot is being stirred in Wuhan and elsewhere and the residual geo-economic tea leaves need to be read carefully and objectively – shorn of petulant nationalism.

C. Uday Bhaskar is a strategic issues expert and writer on art based in New Delhi.