With Chabahar Text Finalised, India's Dream of a Road to Afghanistan Gathers Speed

Negotiators from Afghanistan, India and Iran have reached agreement on the contours of a deal that will turn an Iranian port near Pakistan into the hub through which all roads to the region from India will run. 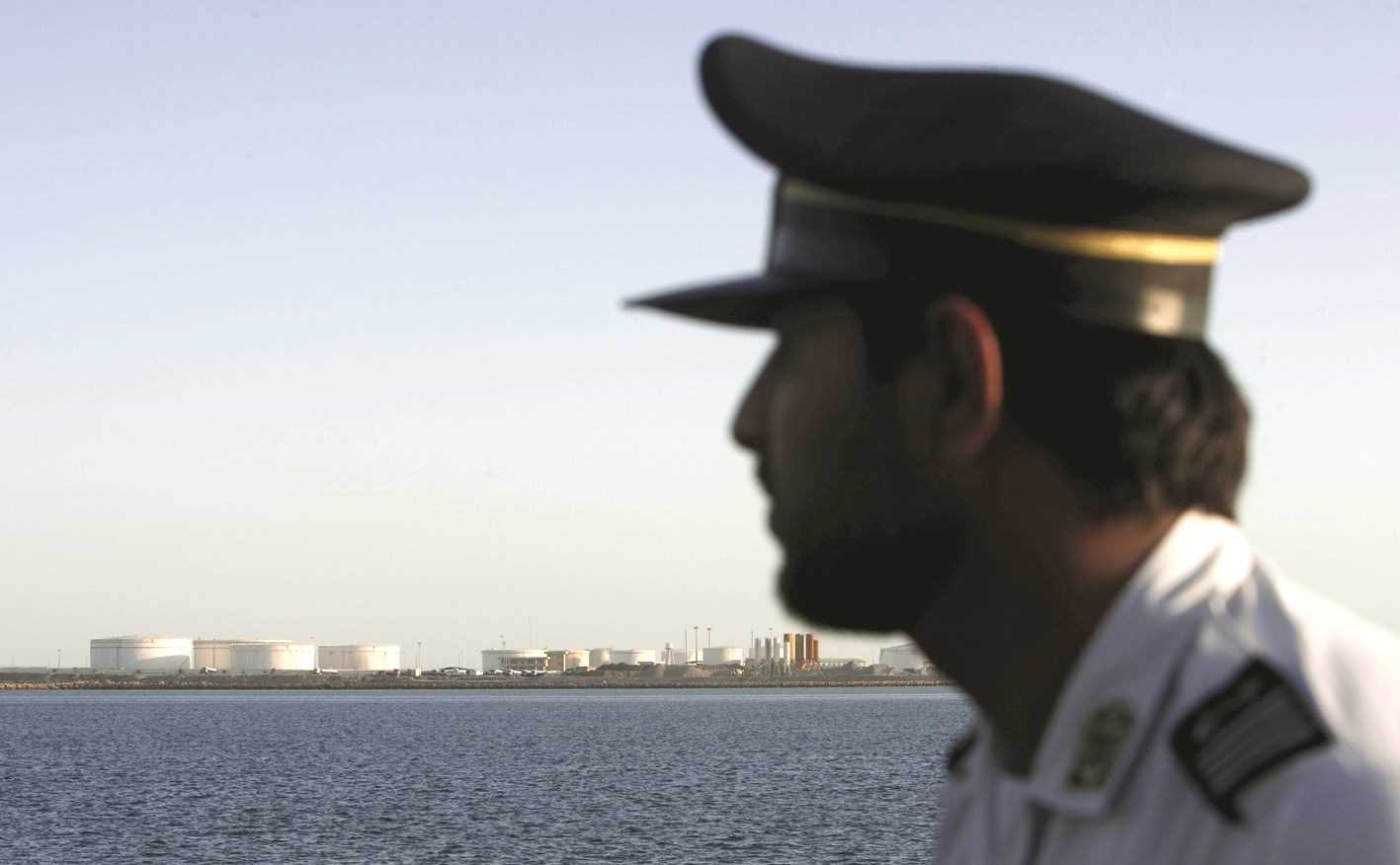 An Iranian guard looks on at oil docks at the port of Kalantari in the city of Chabahar, 300km (186 miles) east of the Strait of Hormuz. Photo: Reuters

New Delhi: The 13-year-old proposal of a trade route from India to Iran, and Afghanistan and also Central Asia – bypassing Pakistan – is now within grasping distance of becoming reality.

The three countries have finished negotiations on the text of the trilateral transport and transit pact that will serve as the legal framework to operate trade corridors with the Iranian port of Chabahar as its main hub.

“The three technical negotiating teams finalised the text yesterday (Monday, April 11),” Afghanistan’s ambassador to India, Shaida Abdali told The Wire on Tuesday evening. “This is a very, very crucial agreement for Afghanistan. The opening of this corridor will help us to fully reach our potential, give us a new trade route. This is a completely new chapter”.

Monday was a very long day for Indian, Iranian and Afghanistan negotiators as they laboured to finish the text. They finally dispersed after shaking hands at 9.30 in the night. The text was finalized at the second meeting of the expert group. Their first meeting had been in Tehran last September.

“We are talking about the dates for the signing, which will likely take place in Iran,” he said.

Asked who would sign the agreement, Abdali said the preference was for this to happen “at the highest level possible”. “We hope to sign it within the next two months,” he added.

Incidentally, Prime Minister Narendra Modi is scheduled to visit Iran in the first half of this year.

Sources said that the agreement will encompass the trade and transport corridors which will link Mumbai to Chabahar and Afghanistan, via Zahedan. However, the pact has not specified the routes, which will be decided later.

As per diplomatic sources, negotiators had to overcome last moment hurdles over visa issues.

To New Delhi and Kabul, Pakistan’s development of Gwadar port with China and continued reluctance to give transit rights to India for Afghanistan and Central Asia, gives a certain strategic sheen to Chabahar. In 2014-15, India-Afghanistan bilateral trade stood at $684 million, which both capitals feel is far below potential.

While India and Iran had first spoken about Chabahar in 2002, the first trilateral meeting with Afghanistan was held in 2003. In 2004, Ashok Leyland Project services and two state-owned railway construction firms formed a consortium with ambitious plans for building the missing rail connectivity and developing the port. But the work never took off.

India completed the 215-kilometre Zaranj-Delaram highway in 2009, which gave land-locked Afghanistan an outlet to another sea port – thereby reducing its dependence on access to Pakistani ports.

With nearly a decade lost due to Western sanctions against Iran over the nuclear issue, there was some sign of life in the Iranian port project when a trilateral working group was set up in 2012.

Meanwhile, Iran and six world powers formally began nuclear negotiations in November 2013. It was the wake-up call required for New Delhi to remove the cobwebs over the Chabahar talks and take it forward.

When the nuclear negotiations were at the last crucial stage, shipping minister Nitin Gadkari visited visited Iran in May 2015 and signed an $85 million deal for lease of two berths which will be used as container and multi-purpose cargo terminals.

But India got a rude shock after the signing of the MoU on learning that Iran had not disclosed that the port had been leased on a long-term basis to a private firm, Arya Bandar. Both sides went back to the drawing board to draw up a new contract.

On July 9, Prime Minister Narendra Modi and President Hassan Rouhani met on the sidelines of the Shanghai Cooperation Organisation summit in Ufa, Russia, which provided the required political impetus to Chabahar.

Five days days later, the foreign ministers of six nations – the P5+1 – stood together in Vienna and announced the completion of the Joint Comprehensive Plan of Action with Iran. As foreign firms rushed to Thran in anticipation of the removal of sanctions, India tried to keep pace.

Iranian foreign minister Javed Zarif travelled to India to keep up the impetus in August. External Affairs minister Sushma Swaraj will make a return visit this week – on April 16.

In between, the India-Iran joint commission meeting in Delhi in December kept up the pressure – with Swaraj noting that Indian participation in Chabahar will “facilitate the linking of Afghanistan and Central Asia with India”.

In January 4 this year, Afghanistan chief executive Abdullah Abdullah made a visit to the port project.

At the Raisina Dialogue last month, foreign secretary S. Jaishankar also termed the opening up of Iran as one of the “game changers” which would help India to break out towards Central Asia.

After the official lifting of the sanctions against Iran in January 2016, bilateral foreign office consultations in Delhi took the matter forward – especially as a bilateral VVIP visit was on the anvil. China’s spreading presence in Chabahar was another added incentive for New Delhi to accelerate progress.

Meanwhile, other pieces of the Chabahar puzzle were falling into place. The contract between Iran’s Arya Bander and India Ports Global Private Limited, an SPV of the Kandla and Jawaharlal Nehru port trust, was finalised and will be signed during the Maritime India summit this week. The cabinet also approved a $150 million line of credit for development of Chabahar.

This week, the minister of state for petroleum and gas, Dharmendra Pradhan went to Iran bearing gifts – or  at least the promise of gifts – worth $20 billion. On April 10, he visited the Chabahar free trade zone and port and expressed interest in setting up an LNG plant and a gas cracker unit at Chabahar.