Why Is Modi Not Accepting Pakistan's Offer of Talks?

No one has to ‘trust’ anyone else. Talks do not mean that we must withdraw forces from J&K and send them to peace stations. Nor is this a Bollywood situation where the police chief is expected to go to the den of bad men armed only with ‘trust’. 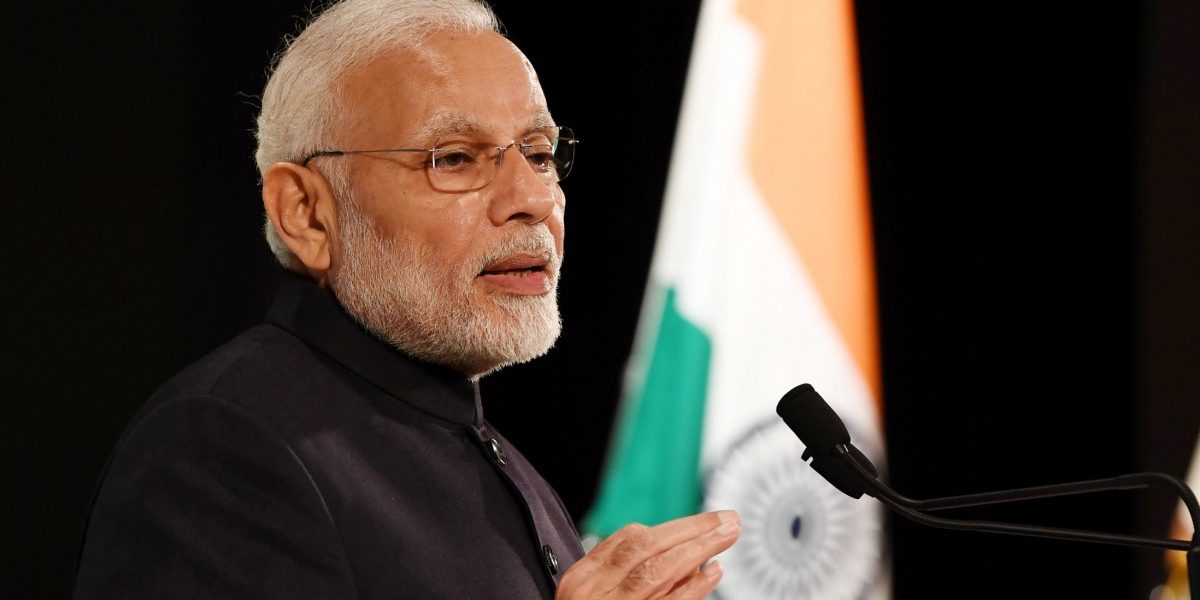 Prime Minister Imran Khan of Pakistan’s open appeal for talks with India, and Indian external affairs minister Sushma Swaraj’s statement ruling out India’s participation in even the SAARC summit are developments that should concern all Indians. While someone is saying “Let’s save countless lives and money”, we are refusing to even hear him out.

Pakistan’s desire for talks, a settlement of the Kashmir issue and finally peace with India is nothing new. It was General Pervez Musharraf who brought this proposal to almost the finishing line, but bickering by the then opposition BJP got the better of Manmohan Singh while domestic troubles in Pakistan weakened the general to the point that a golden opportunity slipped out of their hands. Pakistani elections always see the main contenders for power going to their voters with a manifesto that includes seeking peace with India. Surely they do so because they feel this is what their people want. Even in the last elections, all three prime ministerial candidates dealt their final cards by claiming they would normalise relations with India if they came to power.

And now, at Kartarpur, Imran Khan has bowled us a peace googly which we are unable to face up to.

It is inconceivable why India, with its numerous other problems of nation-building, should refuse this offer. We are acting as if Pakistan is demanding unconditional surrender from India. No other explanation suffices to explain New Delhi’s stand.

Everything that happens from the soil of a state is not always the result of machinations of that state. If that be so, we need to think of Chattisgarh, where more Indians are being killed by Naxalites than by terrorists in J&K. And who is in control of the state of Chattisgarh? It is the Union of India.

“Terror and talks can’t go together,” the external affairs minister repeated recently. Really? Even if, for the sake of argument, it be agreed that terrorism in J&K is solely the result of Pakistan, do we mean that we don’t want to counter this terrorism if it can happen by talks alone? Are we willing to counter it only by having our soldiers and Kashmiri citizens die for it – something they have been doing without the problem ending – and not by trying the talks route?

In any case, talks are held only when there are differences and not when there is great friendship. How can one possibly refuse to take this real option, particularly when you don’t even have to take the initiative to offer talks and thus look weak? The other party is suing for peace, and we are saying ‘No.’ How does that make India look to the world? Quite unreasonable, surely.

Not only are talks not a bad option when there are differences between countries, they are the only option when both are nuclear states. To say that we will not talk is an act of irresponsibilty.

But let us get into real reasons to why Prime Minister Narendra Modi might be refusing this. The same man who, at the beginning of his prime ministerial tenure, broke all protocols and had his plane turned toward Pakistan to meet the then Pakistani prime minister, Nawaz Sharif, uninvited for a family event is today refusing to even take up an offer of talks. The threat posed by terrorism is the same, if not better now than when Modi landed in Lahore. The only circumstances that have changed are internal.

Any prime miniser is wont to do what he perceives to be good for his next election. When Modi went to meet Nawaz Sharif uninvited, he was at the top of his popularity. The Nobel peace prize was in sight. There was much to gain from a breakthrough in the Indo-Pak relationship. But now, the situation is different. His popularity has gone down rapidly. In the last two years, he has been steadily moving to seek shelter in the slogans of Hindutva and ultra-patriotism, which, for the BJP, are simply other names for being anti-Muslim and anti-Pakistan. With general elections only a few months away, Modi’s refusal to take up Imran Khan’s a offer of talks is quite understandable.

But the BJP’s stand is not justified. While the BJP must look after its interests, the nation needs to look after its own. It is clearly in India’s interest to grab this offer and tell Imran Khan: “Ok. We are being generous to you. Since you insist, please table an offer and let’s talk.”

What are the possible disadvantages of such a move? Will it reduce the ability of our security forces to tackle terrorism in Jammu & Kashmir? Surely not. The two have simply no connection. Even when the Indian and Pakistani sides are sitting together and talking, terrorists can be ruthlessly killed. Surely, the Pakistani side is not going to object. If they do, it is good for India, as it can then say to the world: “See, this is the reality behind the Pakistani request for peace.”

Why not give Pakistan a long rope to hang itself by? If the rope is not given for fear that it will strangle one’s own chances of re-election, then it is a very selfish act.

There are many in India who ask in a righteous and hurt tone: “Why should India trust Pakistan? What has Pakistan done on Hafiz Saeed? What are they offering to make this one look real?”

These conscientious objectors deserve a reply.

No one has to ‘trust’ anyone else. Talks do not mean that we must withdraw forces from Jammu and Kashmir and send them to peace stations. Everyone remains where they are. Nor is this a Bollywood situation where the police chief is expected to go to the den of bad men, unarmed, armed only with ‘trust’. Also, Pakistan’s inaction on Hafiz Saeed is not a reason to not talk. On the contrary, it is a very strong reason to talk and explore how Islamabad can be made to act.

As for “what are they offering”, one is surely being presumptuous. When two sovereign nations talk, one country  can order the other to bow down in order to merely talk only when it has the latter in a  tight grip and can dictate terms. That is simply not the case here.

Why, then, are diplomats and ministers creating problems on the question of talks? They are doing so simply because the rulers of the day and their advisors have nothing to lose from tension and even bloodshed. Their presence is never required on the border on in the battlefield.

I have shared my views with my friends, most of whom are veterans of more than 25 years of experience in the army. Many have shed blood for India, and all of them know the horrors of war. These are some of their reactions: “I agree with you, but if you air these views, be ready to face violent opposition”; “Very true. Of course, our chaps cannot agree to Khan’s proposal. Dukaan band ho jayegi (Their shop will close down). They just have to keep the bogey alive”; “Right. As it is, we are in a winning situation, Pak is on the back foot. Time to use this to clinch the deal”; and “We need to resume peace talks on a war footing. It is our lives.”

Also read: ‘The Ice Is Melting’: A Triumphant Sidhu Returns to Pakistan for Kartarpur Launch

Does Modi know better? How does national security adviser Ajit Doval justify not talking as a matter of national security? If so, what is it that he knows that we don’t? I have shown how this refusal to take up Pakistan on its word is like losing a winning match. Let wiser people show how I am wrong. Let us get Modi’s view, not the BJP’s.

As mentioned already, prime ministers do what they think will get them more votes in future. So the ball is now in our court. We the voters have to make our desires clear to our government. A feigned stance of animosity results in misapprehensions, leading to minor events quickly spinning out of control. Once public opinion gets hardened over some such accident, war becomes inevitable.

Talking is what civilised people do when they have differences. We’ve been offered an opportunity to reduce friction and save the lives of countless soldiers. Peace will give India the resources it needs for national development. Above all, it will establish India as a mature nation  and add to its stature in the international system.