Why Is India A Follower in Cyberspace When It Can Lead?

If India used its knowledge and expertise to help improvise new directions for global Internet governance, that would bring much richer dividends than just capitulating to the US-led power structure. 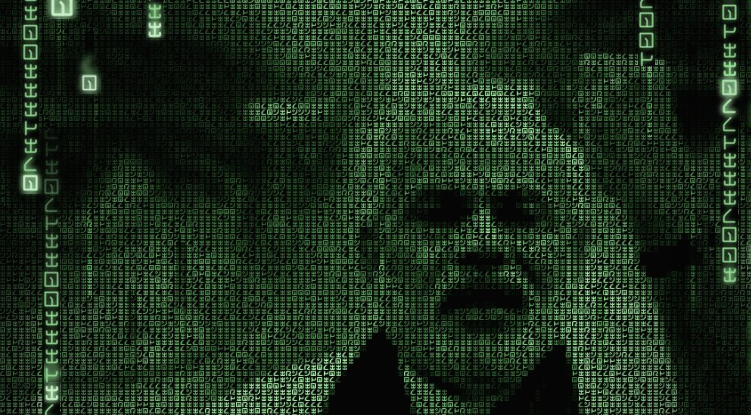 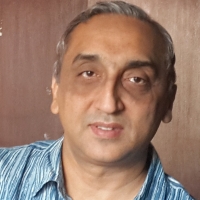 News reports suggest that the Indian government has finally figured out what direction it is going to take on global Internet governance. Information Technology minister Ravi Shankar Prasad’s recent speech at the meeting of the Internet Corporation on Assigned Names and Numbers (ICANN) and the various commentaries around it testify to this. The only problem is, it is not clear to what avail is India taking this new direction.

Two closely related elements stand out in what is seen as India’s new position. There is a declaration of support for multistakeholderism, succumbing unfortunately to the deliberately misleading ‘multistakeholder versus multilateral’ dichotomy. Secondly, emphasis is laid on working with like-minded nations. Basically, India has decided to go along with the United States and those countries that have already acceded to the US-led global Internet governance discourse and design.

Of these two elements, the lets-go-with-the-US decision is by far more important. Support for multistakeholderism can be considered as a relatively frivolous accompaniment to it, or at most as the sauce that goes with the dish. Multistakeholderism has very little positive meaning. But it does appear that India has decided not to pursue the demand for a UN body to look into Internet governance issues, perhaps because it is very unlikely to happen any time soon. Going with the US-led Internet governance order would mean adopting its vocabulary, of which multistakeholderism is a central element. India seems happy to play along, considering it as a harmless exercise. The fact that supporting multistakeholderism does not carry any specific implications of what exactly is being committed to is indeed its most endearing feature. The term just represents a discursive logjam where the global Internet governance dialogue has been stuck for quite some time now, which is quite convenient for those who benefit from the status quo.

The fuzziness about multistakeholderism comes from confusing it with the values of participatory democracy. However, as practiced in the Internet governance space, there is none of that. Participatory democracy or policy making does exist at the global governance stage, although it can certainly be greatly improved. For instance: The World Summit on the Information Society was held in a path-braking participatory manner. Civil society groups had a key role in drafting the UN Convention on the Rights of People with Disabilities. More recently, the text of new Sustainable Development Goals is being written through a very participatory process, including using online means.

One will notice two key principles of participatory democracy in all such cases: the processes of participation focus on bringing in those who represent the interests of the relatively marginalised, while the final decision still lies with the formal representatives of people or nations. Multistakeholderism in Internet governance, on the other hand, is basically about giving big business a veto over policy making. Most of the non-governmental positions in multistakeholder structures get filled by big business or those who work closely with it in various ways. It is then expected, as Arun Sukumar writes in a recent article in The Wire, that “governments …(be) an equal participant in policy-making, on par with businesses, civil society, technical experts and the academia”. Do note that a parity is sought not just in processes of governance of technical standards and such issues, but also in actual public policy making. Further, policy making is by consensus, and, therefore, basically if big business says no, it is a No.

The minister’s statement does, however, smartly hedge India’s bets by proposing a multi-layered system, whereby, if confronted with an uncomfortable question, one can always agree to multistakeholderism in this layer but not in that. To that extent, there may not be much real change in India’s position in this regard. India has always accepted equal-footing multistakeholderism at the technical governance level (or what may be called the ICANN system level).

In another article on India’s new stand in The Wire, Samir Saran and Mahima Kaul assert that: “The agency of the sovereign will now have to be secured by a variety of stakeholders who may be more acceptable in certain forums”. Let us see who are these stakeholders that are ‘more acceptable’. The Advisory Group of the Internet Governance Forum is one of the few formal multistakeholder bodies at the global level. It has three Indians; two business representatives, respectively from AT&T (India) and Facebook (India), and a ‘civil society’ member who was described by the Hindustan Times last year as being closely connected to the same A&T representative. Later when this person, perhaps on a similar criteria of being ‘more acceptable’, was chosen as the civil society leader for a global Internet governance conference, all the key civil society groups in India involved with Internet governance wrote a joint letter against it, claiming that the person had no real civil society credentials. One can well see what kind of interests India may be sharing its sovereignty claims at the global forums with.

In direct contrast to participatory democracy, Internet governance-style multistakeholderism identifies and brings up such groups and people who can best accommodate the status quo, with minor give and take, and puts then in powerful positions.

On the second, and much more important, issue of India deciding to go with the US, there is an error of judgment being made – about the nature of global Internet power and the needs of Internet governance, on one hand, and India’s geopolitical position and stakes, on the other. Regrettably, the new position seems to have been arrived at without a good examination of these key play-field parameters.

In their article, Saran and Kaul say that India having done the favor, it is now for the US to concede ground. The problem is, other than on some security issues – sharing information etc, there is not much, if anything at all, that the US can yield to India at a bilateral level. The article does put forward a list of such possibilities, which are a combination of private investment related issues, in which the US government has little role, and some core matters of Internet governance which are almost impossible to ever be addressed bilaterally. The flavour of what the US wants in these areas is increasingly evident in plurilateral treaty negotiations on the Trans Pacific Partnership and the Trade in Services Agreement, from which India has till now rightly kept its distance.

Therein lies the rub. The US understands Internet governance to be as significant as trade and intellectual property governance in shaping the geopolitical contours of the emerging world. India, meanwhile, still looks at the Internet and its governance in a piecemeal fashion; one security problem or data protection issue here, another standoff with Facebook or Google there. Or, with the tinted techno-optimist glasses of its IT industry and efforts to employ ICTs for rapid development. These issues are of central importance to India, but quite besides the point here, in that siding with the US-led Internet governance camp gives India no advantage in either area. This is just a superficial connection that floats in Indian minds – especially of the upper middle classes – that has not been given the needed deep consideration.

India’s IT industry as well as the empowerment of its people through the digital route both require a strong and fair global Internet governance regime, that can help to level the digital playing field (a policy imperative recognised in the minister’s speech). Understanding the economics of data, and putting in place the needed governance systems, and governance of ‘Internet platforms or intermediaries’, are just two of the many very significant global Internet governance issues in which India should develop knowledge and expertise and take the lead to improvise new directions. That would bring much richer dividends than just capitulating to the US-led dominant discourse and power structure.

Especially in this formative period of the global socio-digital architecture, going with the most powerful player whose main advantage consists in an uneven digital playing field gives India nothing. It may even have much to lose. This will become clearer as the structural nature of digital power, and respective global comparative advantages and disadvantages, soon start showing up in concrete ways. But by then, having disengaged from any serious effort to develop appropriate global Internet governance regimes, India would have set the process of its digital advancement and empowerment back by a few years.

In geopolitical engagements, a country’s strategy must proceed from a deep understanding of how global power is constructed in a particular context, and its own location with respect to it. There are times when power is constructed in such a manner that making arrangements or deals with the biggest power holder can provide the best returns. At other times, it is configured in ways that the best strategy is to strengthen the poles of counter power, and try to carve out the biggest share for oneself in that space. In the case of the global Internet, with its acute unipolar concentration of economic and political power in the US, India is making a mistake in going the whole hog with the US, if that is what has been decided.

India should no doubt take the best advantage of its friendship with the US, but its key strategy should be to develop counter power in the geo-digital realm. And for this purpose, it should seek tactical alliances with those who are similarly trying to create centres of counter power. Simply striving to take cover under the US camp will be punching well below India’s weight in this area. India’s IT prowess, emerging business strength, and its huge young population, can enable it to set up up new paradigms and centres of global digital power. But that requires strong political and diplomatic support, and before that, some bold imagination.

Parminder Jeet Singh is with IT for Change, a Bengaluru based NGO