Why India Should Adopt a Feminist Foreign Policy Framework

This year, as India takes its non-permanent member seat at the UNSC, it is time that we make a stronger commitment to mainstreaming of gender at a policy level. 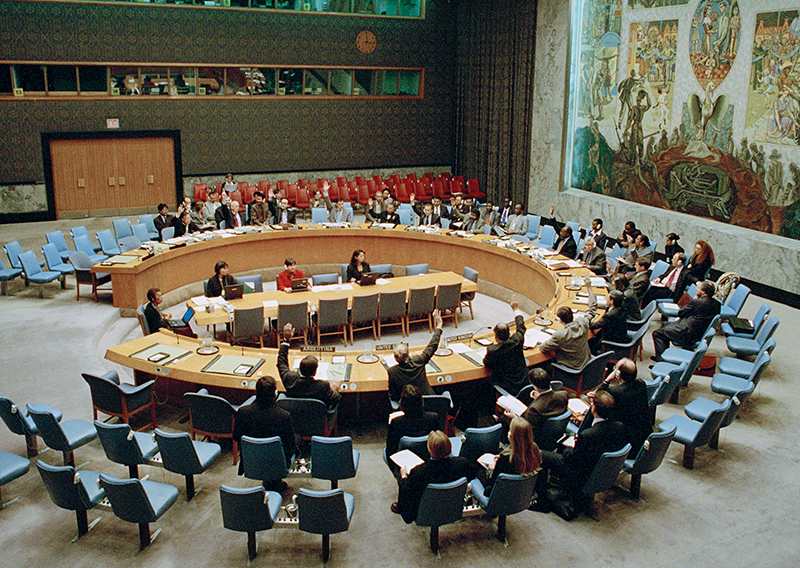 In November, the United Nations General Assembly adopted two resolutions sponsored by India, calling for reducing the risk of nuclear accidents and prohibition on the use of nuclear weapons. As traditional centres of power in the world realign, India’s growing role in regional and global affairs is characterised by a desire to shape our collective futures in a responsible and sustainable manner.

India has for example, spearheaded the launch of the International Solar Alliance Campaign and Coalition for Disaster Resilient Infrastructure. Through the Expanded ASEAN Maritime Forum, India prioritises not only maritime security, but also champions the environment, disaster risk mitigation, sustainable use of marine resources, capacity building, maritime trade and transport.

Now is the time for India to weigh in on the ongoing global discourse around a Feminist Foreign Policy (FFP) Framework. Exploring the framework in the Indian context will not only provide fresh perspective to our foreign policy machinery, but also deepen the global understanding on how a developing democratic nation that comes (like many others) from strong cultures of patriarchy may consider adoption of an FFP Framework.

The FFP Framework explores a realm outside conventional considerations of war, peace and development assistance (where gender is often a consideration), to includes other arenas of foreign policy (economics, finance, environment, health, trade, etc.) where there is space for stronger mutual cooperation, peaceful co-existence, civility and accommodation. Gender considerations in India’s foreign policy are observed primarily under the development assistance paradigm, where several programmes are targeted at making women the engines for inclusive and sustainable industrial growth. For example, the Women Empowerment through Technical and Vocational Education and Empowerment of Women through Enterprises (EWE)  in Kenya and Pakistan, and fostering economic empowerment of Cambodian women entrepreneurs through capacity building in information and communication technology.

Adopting a FFP Framework could offer an opportunity for India to place some of its existing efforts in a wider strategy on gender mainstreaming with a stronger long-term impact. The FFP approach goes beyond the limited, often-binary, interpretation of the word “feminist”, to include a more intersectional ideology, with the aim of re-thinking traditional centres of power. It rests on two important pillars: (1) Greater representation at the decision-making table. The solution here is not to “add women and stir”, but to create environments that foster innovative thinking and allow for diverse representation. (2) Policy outputs that consider the impact on women and the marginalised.

Traditional views on security and international affairs have seen it to be a ‘masculine’ domain. It was only 20 years ago that the UNSCR 1325, making operational the ‘Women, Peace and Security (WPS)’ agenda, recognised that recovery and relief, reconstruction and peace-building are areas that require the representation and participation of both sexes. While it was acknowledged that conflict often leaves women without agency, they had hitherto been ignored from decision making roles.

Also read: UNSC Watch: Now in Security Council, India Gets a Taste of Polarised Division in an Open Debate

At the end of two decades, 80 countries have adopted national action plans to raise the role of women in peace processes and increasing the share of women in allied forces to 12% – double the number from 20 years ago. India, however, has not adopted national action plans on the WPS agenda thus far, and according to the Georgetown Institute for Women, Peace and Security data, ranked 133 out of 167 countries in 2019 on the WPS indicators.

This year, as India takes its non-permanent member seat at the UNSC, it is time that we make a stronger commitment to mainstreaming of gender at a policy level. Evidence of policy decisions made in the past signal that we are ready for such a commitment: participating in UNSC debates on sexual violence in conflicts, India has focused on the need to institutionalise the involvement of women in conflict prevention and resolution. In 2007, India deployed the first-ever all female police unit to the United Nations Mission in Liberia (UNMIL), followed by units to UN missions to the Democratic Republic of the Congo (MONUSCO) in 2019, and Republic of South Sudan (UNMISS). Women are also often seen engaged in peace processes through track three channels.

A FFP framework however must be tailored for the Indian context, which could also be a starting point for an internal shift in focus on gender as well, from a purely development paradigm to wider arenas of access, empowerment and decision making. It is widely acknowledged that India ranks poorly on several gender parity indices: in WEF’s Global Gender Gap Index 2019-2020, India fell four places to rank 112 overall, stood at  rank 149 on economic participation and rank 18 on political empowerment out of 153 countries.

Here, Mexico, that became the first country from the global south to adopt a FFP in 2020, would make an interesting study. Despite prevalence of internal discrepancies relating to gender (gender-based violence and femicide) Mexico has a plan to implement its strategy over 2020-2024, “based on a set of principles that seek to promote government actions to reduce and eliminate structural differences, gender gaps and inequalities, in order to build a more just and prosperous society”. Under a broader set of guidelines, Mexico’s government in its statement has defined certain steps which include the foreign ministry’s support for the HeforShe programme, a series of trainings, workshops and certifications with key actors, as well as the Mexico’s representations abroad regarding labour equality and non-discrimination.

The International Centre for Research on Women (ICRW), through a process of several years of research and international consultations, has recently come out with a framework for a FFP, that offers a great starting point for countries interested is using the FFP to strengthen outcomes for a sustainable future. Turning the FFP approach from theory to practice will be a challenge for an India riddled with contradictions, where on paper women have freedoms and rights that in reality are often curtailed by a strong patriarchal culture of discrimination. Our work at Kubernein Initiative has revealed a paucity in India of even discussion and debate (leaving aside action) on gender outside of the development paradigm.

We feel a good place to start would be through greater research and analysis of our foreign policy mechanism and output using, for example, feminist evaluation techniques that are exploratory and participatory in nature. With the intentions to not only back our understanding of existing disparity with data, but also to apply a gender lens to diverse areas of foreign policy such as our spending, the nature of our trade agreements, our participation in bi-lateral, multilateral and global forums, as well as our engagement with the Indian diaspora.

Based on the research and understanding, we can then draw out a roadmap for where interventions are required – working with ministries through appropriate training (of diplomats, security experts and trade negotiators) – using new ideas, including the feminist analytical approaches, to improve outcomes. Adoption of a FFP by India will not only influence change in existing systems for the country, but also have a deep and positive impact on the fast-changing world order.