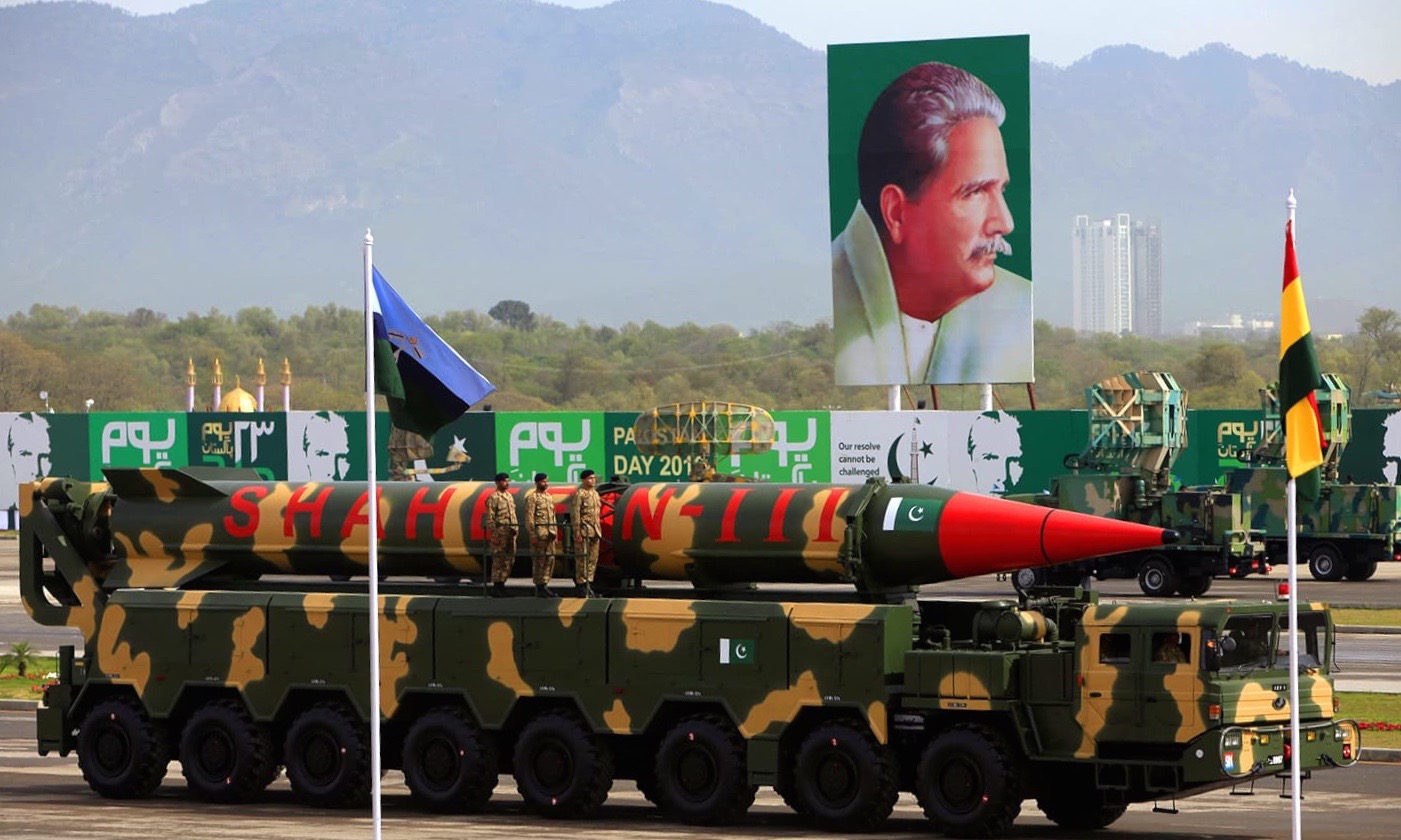 The Shaheen-III missile is displayed during the Pakistan Day parade in Islamabad, Pakistan, March 23, 2016. A portrait of Pakistan's national poet Allama Muhammad Iqbal is seen in the background. Credit: REUTERS/Faisal Mahmood

Nearly eight years ago, after being left in a minority of one, China backed down under intense pressure from the United States and acquiesced to the exemption for India in the Nuclear Suppliers’ Group (NSG). With India’s membership up for consideration this week at the NSG’s plenary meeting in Seoul, an outright repeat of these events appears unlikely. In contrast to 2008, when Beijing hid behind other opponents until each and every one of them had been peeled off, this time China has made its position clear. Unless a deal is done in the coming days, most observers are betting that China will stick to its guns. What has changed? And how far is Beijing’s opposition likely to go?

On Monday, China responded to the Indian external affairs minister’s statement that Beijing was not opposed to Indian membership.  “The inclusion of non-NPT members has never been a topic on the agenda of NSG meetings. In Seoul this year, there is no such topic,” the Chinese foreign ministry spokesperson said. “We have stressed that the NSG is still divided about non-NPT countries entry into the NSG and under the current circumstances we hope that NSG will make thorough discussions to make a decision based on consultation.”

China’s stance certainly cannot be attributed to any profound attachment to the NSG’s rules. The nuclear plants that China is building in Pakistan may help to address that country’s dire energy situation but no other member of the NSG accepts the claim by Chinese officials that each and every new reactor was “grandfathered” into China’s original membership agreement.

While this violation has not been deemed sufficient to warrant blowing the group up, it has been an ongoing demonstration that China sees the institution through a largely political prism. And Beijing’s position on Indian membership is undoubtedly politically hyphenated: boiled down to its essentials, China is willing to back India’s entry if there is a clear route for Pakistan to join the club too. Beijing did belatedly attempt a similar manoeuvre during the late stages of the negotiations in 2008 but the proposal that Pakistan might be granted a matching exemption to India’s attracted more incredulity than support from other NSG members.

This time, Chinese attempts to push for a conditions-based process that would keep the door open to Pakistan’s future entry elicit greater sympathy. Other countries also have their reservations about an ad hominem approach to membership for non-NPT states. Nonetheless, with the largely successful diplomatic push by the Indian government and its supporters reaching the final stages, it is possible that China will be left as the only hold-out once again.

Under Hu Jintao, that would likely have proved sufficient. China was reluctant to be diplomatically isolated, virtually always seeking some degree of political cover from others. Beijing was wary about going toe-to-toe with Washington on issues deemed to be top-tier strategic priorities, which the NSG waiver certainly was. It had a counter-move in its back pocket too, in the shape of its deal with Pakistan on a new phase of Chashma reactors, an NSG exemption by fiat, from which only its own nuclear industry would benefit. And Beijing was wary of doing too much damage to its bilateral relationship with India for the sake of a Pakistan that was still reeling from the A.Q. Khan proliferation scandal, one in which China was itself implicated – the bomb designs that showed up in Libya, to take just one example, being of Chinese origin. Very few considerations suggested that this was a propitious moment to make a stand, though even then it was a close, last-minute call.

This time, virtually none of these conditions are the same.

President Xi Jinping is a more forceful leader than his predecessor, more comfortable with playing great power politics and less anxious about the repercussions of throwing China’s weight around. The United States has less capacity to press China to change its position, and the dynamics between Washington and Beijing are far more competitive than they were in 2008. U.S. officials, however hard they push, will not be able to repeat the same trick. There is also no obvious back-up plan if China agrees to Indian membership without concomitant assurances about Pakistan’s future position, which, given the requirement for unanimous decision-making at the NSG, could permanently entrench a framework that disadvantages its closest partner. And this time, there is more at stake for China in being seen to stick up for the interests of its Pakistani friends.

China is not about to make a fundamental break with its non-alignment policies but in a context where Beijing is in the process of establishing its first overseas military facilities, and engaging in an intensifying strategic contest with the United States, credibility with friends and quasi-allies matters more than it did. Pakistan has been the surprising pace-setter in Xi Jinping’s “Belt and Road” initiative, and over the last year Chinese intellectuals have taken to describing the country as China’s “one real ally”, with the relationship a “model to follow”. For all the supposed constancy of their “all-weather friendship”, this was not the tone in 2008. Standing up for Pakistan now is not only about the bilateral relationship but also about China’s reliability as a partner, and the demonstration effect in this high stakes case would have resonance well beyond Seoul.

The sole countervailing factor is that China will not want to cause real damage to its relationship with India over the NSG, which matters far more to New Delhi than it does to Beijing. China knows that there would be repercussions for higher-salience issues, such as the South China Sea and the future scope of U.S.-India ties. It will also be uncomfortable about the prospect of its relationships with India and Pakistan being re-coupled at just the moment where it finally appeared to be having some success in developing them along parallel tracks. As a result, Beijing will be looking for an “out” rather than wanting to make a point of its obduracy. But that would require a compromise that will allow China to credibly claim that it has preserved an opening for the Pakistanis, a possibility that is still on the table.

Short of that, no matter how effectively Beijing is diplomatically boxed in, isolation alone is unlikely to prove a sufficient deterrent to China blocking the emerging consensus over Indian membership in the NSG, and last-minute phone calls from the White House will not swing it. The sole reason China would move is because it calculates that the costs to the Sino-Indian relationship outweigh those of being seen as a fair-weather friend.

Andrew Small is a senior transatlantic fellow at the German Marshall Fund of the United States, and author of “The China-Pakistan Axis: Asia’s New Geopolitics”.