Shaking the Tree in Washington

The White House reaction to the Indian 'surgical strikes' seems aimed at ensuring the Pakistani side does not attempt retaliatory action. 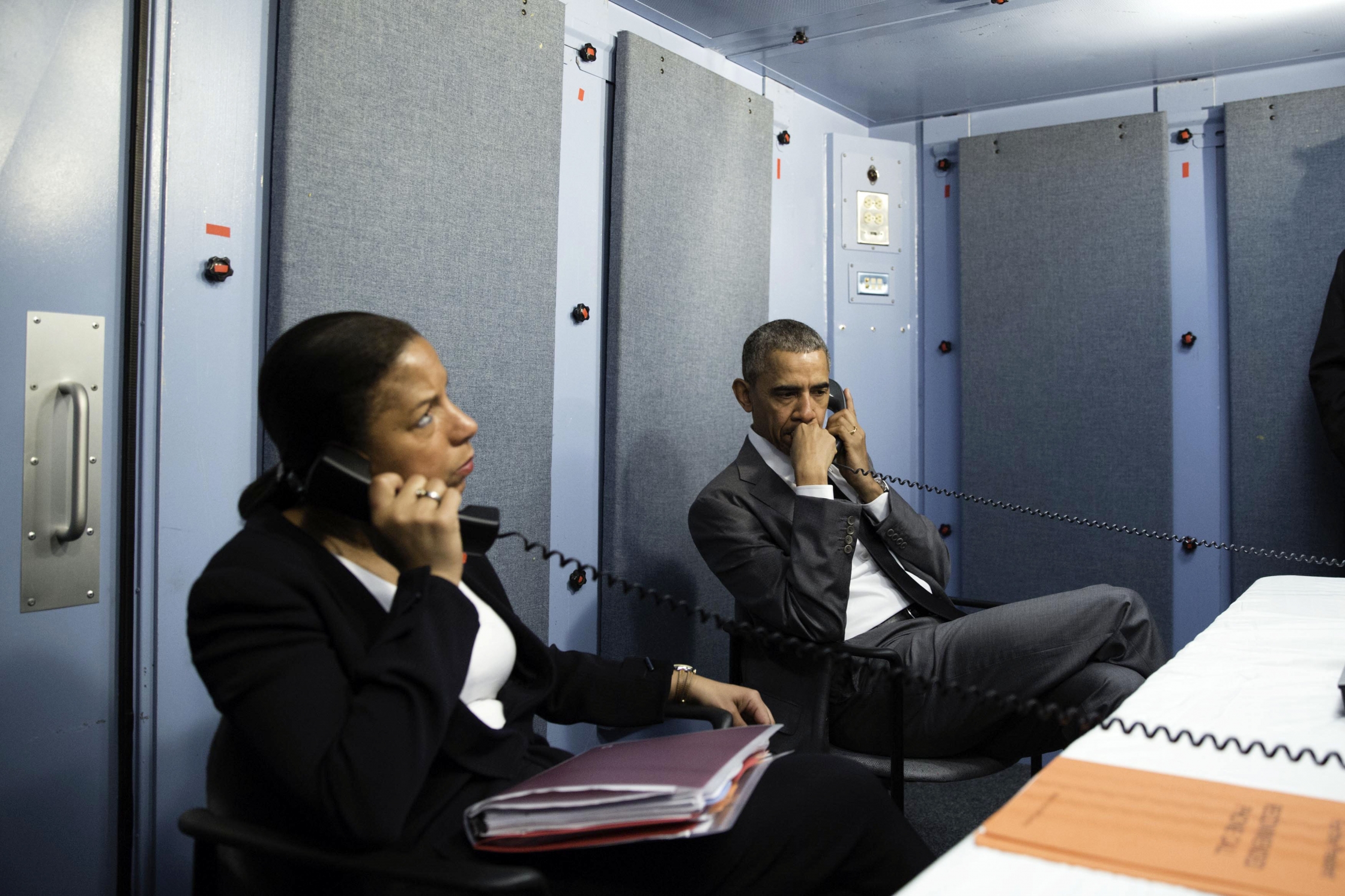 Washington: The White House statement after the phone call between Indian national security advisor Ajit Doval and his US counterpart Susan Rice is an extremely important signal from the United States to Pakistan.

The generals in Rawalpindi would get the message as they work out the timing and read between the lines. The telephone call, which was made sometime on Wednesday afternoon Washington time (early Thursday morning Indian time), came before the Indian strikes on “terrorist launch pads” across the Line of Control.

Keeping friends informed about your intentions so they can prevail upon their other friends not to escalate but to act responsibly in discharging their obligations to fight terror is good strategy.

Whether Doval told Rice after the fact or before is not relevant. What’s relevant is what the White House said after the phone call: “Highlighting the danger that cross-border terrorism poses to the region, Ambassador Rice reiterated our expectation that Pakistan take effective action to combat and delegitimise United Nations-designated terrorist individuals and entities, including Lashkar-e-Tayyaba, Jaish-e-Muhammad, and their affiliates.”

The two sides “pledged to deepen collaboration on counterterrorism matters.” The short statement gives enough indication of American perceptions on Pakistan and its jihad factories. India got the US to call it like it is on Pakistan even as the Indian army was in kinetic motion. In other words, the US took sides and didn’t condemn any violation of any sovereignty of any country.

The White House statement on Thursday morning seemed aimed at ensuring the Pakistani side does not attempt retaliatory action. The US, it said, “encourages continued discussions between the Pakistani and Indian militaries to avoid escalation over Kashmir.”

There is some reason to suspect the US may have known of impending Indian actions even earlier. Sharing intelligence to affirm the locations of terrorist hideouts is within the realm of possibility.

After the September 18 Uri attack by Pakistan-based terror groups, the Indian government has worked every lever trying to get the Obama administration to feel its pain and join hands in sending a strong message to Pakistan.

But shaking the tree in Washington has not been easy. The two branches of the US government that New Delhi must deal with – legislative and executive – are often vastly different in their agendas and responses.

Many members in the US Congress immediately understood the implications of the Uri attack and issued strong statements in India’s support. Indian diplomats, led by charge d’affaires Taranjit Sandhu, fanned out on Capitol Hill and called in a few chips. Sandhu’s experience with the US Congress, where he has assiduously maintained contacts, was a plus.

Congressman Ted Poe of Texas introduced a bill to designate Pakistan a state sponsor of terrorism. House Resolution 6069 doesn’t mention Uri, only crimes against the United States by Pakistan’s proxies but the timing wasn’t lost on anyone.

Some version of the bill is expected to stay alive until the next Congress comes into session after the elections.

The Senate India caucus also issued a lengthy statement Wednesday, saying “Pakistan’s possible involvement in this attack underscores our broader concern about Pakistan’s use of terrorism as a pillar of its foreign policy toward Afghanistan and India.”

“We will work within Congress to pressure Pakistan to end any association with these terrorist groups targeting India,” they said.

But such clarity was lacking in statements from the executive branch where India’s success was slimmer. The US administration likes to maintain a fine balance between India and Pakistan at least in public statements. It’s an article of faith. All New Delhi can do is flash a clenched-teeth emoji in response.

That is why Wednesday’s White House statement, even if firmly in the safe zone, is important. It was a repudiation of Pakistan and its terrorist-friendly policies just as India was conducting a strike.

It came after days of perfunctory utterances by official spokesmen designed to mean nothing. A throwaway line by the State Department’s deputy spokesman Mark Toner after external affairs minister Sushma Swaraj’s speech to the UN General Assembly was deemed especially grating.

When asked for a reaction to the issues of terrorism raised by India at the UN, Toner said he had “seen the rhetoric, heard the rhetoric.” He went on to “encourage both India and Pakistan to pursue and engage in direct dialogue.”

The boilerplate advice designed to fit all occasions when the Indian army had suffered its worst attack in years and when the pattern of cross-border terrorism is Pakistan’s well-established calling card offended many in New Delhi.

A US official agreed that initial US statements were “thin.” He told The Wire that Washington needed time “to get a clear sense of who might have been responsible” for the Uri attack.

“We were reticent to use the language that Delhi would have liked. We know the pattern and we know where the attacks come from but we wanted to be careful not to assume anything,” the official explained.

The implications are clear – Washington needed time to ascertain facts through its own intelligence mechanisms and pinpoint the perpetrators. The results could well have been shared.

The US official was hinting broadly at the White House statement as proof that the pendulum had moved.

Ten days after the attack, the White House “strongly condemned” the “cross-border attack on the Indian army brigade headquarters in Uri.”

The statement goes on to name Pakistan-based terrorist groups – something that Doval extracted on his first visit as NSA. While naming and shaming has little effect on Pakistan’s military-ISI combine, it does have value for building diplomatic narratives.

“We don’t have clarity on the role of the (Pakistani) state but the important question is that there is a permissive environment,” the US official said. “We have a lot of sympathy for India’s predicament,” he added.

Recent developments have made it more than clear that India is succeeding in ramping up pressure on Pakistan via the US government, Islamabad’s most important patron since 1947.

While the US Congress has repeatedly criticised Pakistan in the strongest language, it seems now that even the executive branch is finding it harder and harder to deny the truth about Pakistan-sponsored terrorism in public.

India shaking the American tree will be good for all parties, including the civilian government in Pakistan.