Does the Indian government have the vision to build and bolster regional institutions through which South Asian countries can forge stronger ties, create conditions for prosperity and develop a more integrated identity? 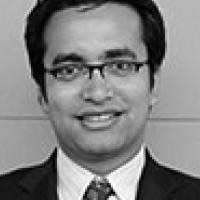 Many Nepal watchers would have been relieved to know that K.P. Oli, the new prime minister of the country, is making India his first port of call. After fuelling his election campaign with ultra-nationalist rhetoric, he was able to lead the coalition of Left parties to a landslide majority. For the first time in decades, an Indian prime minister has a counterpart in Kathmandu who commands a stable government.

If anything, it is Oli’s host in Delhi whose stock has depleted somewhat. Perhaps no other Indian prime minister has been able to generate a substantial amount of goodwill and manage to lose it as well. The undeclared Indian blockade of 2015-16 eventually created the basis for Oli’s ultra-nationalist populism and consolidation of power.

While this trip is mostly a matter of established ritual – no Nepali prime minister is seen as having the confidence of India if the individual is not invited on a visit soon after assuming office – it is an opportunity to examine two issues: what Oli’s election suggests for India’s role  vis-à-vis domestic politics in Nepal, and India’s vision for the region.

In the run up to the general elections in Nepal, Indian commentators largely portrayed the two sides in the fray – the Nepali Congress and the united communists – as either pro- or anti-India. This constant framing of domestic political choices in South Asia as a referendum on loyalty to India betrays the lack of understanding of these countries and ends up raising the geopolitical temperature in the region.

Political actors in Nepal do display certain ideological proclivities; however, political calculations reign supreme. The notion that India has permanent allies and enemies reduces the political agency that parties and leaders actually have and disregards the fluid nature of politics.

Elections are one, albeit major, part of a democracy. Delegitimising institutions that form the basis for the rule of law will only invite naked opportunism. If anything, preserving the rule of law will be the most solid bulwark against extreme forces capturing power. The government in Nepal is already starting to display a consolidation of power that is in many ways a reaction to earlier instances of intervention and influence. Therefore, it is in India’s interest to protect the legitimacy of these institutions.

In other words, a key challenge for the Modi government will be to go beyond score-keeping and build a larger narrative framework than simply labelling politicians and parties as pro- or anti-India. By refusing to put forward such a vision, India may be unwittingly creating greater space for other actors to operate.

Security has been the primary lens through which India views its neighbours. This frame has long included China. While there is no denying that China has recently entered the neighbourhood in a qualitatively different way, India seems wedded to its past approach – bilateralism with a strong assumption of interference – as the guiding principle.

In response to China’s intensified engagement, New Delhi believes all it needs to do is double-down on existing policy. By continuing to raise China as the spectre by which India’s neighbours are judged, India is locked in a security-centric paradigm that has not proven to be very effective in addressing its own core security concerns.

Modi’s invitation to the leaders of neighbouring countries to attend his swearing-in ceremony signalled a potential step-change in how India approached the region. However, the grounds for this initial optimism have been lost. India is yet to articulate a serious vision for the region. Instead, SAARC, the existing regional institution, has faced total relegation.

Given the differences between India and Pakistan, the 2016 SAARC summit in Pakistan could not be held. SAARC was an easy scapegoat and isolating Pakistan may have seemed like an attractive option. However, reducing such a regional institution to matters of bilateral interest between two countries has robbed the region of the possibility of serious regional integration.

In the speech that Oli made to foreign diplomats after assuming office, it is notable that he clubbed together SAARC and the Bay of Bengal Initiative for Multi-Sectoral Technical and Economic Cooperation (BIMSTEC) and described them as economic organisations. As the chairman of SAARC, he should be far more invested in breathing new life into the political aspects of SAARC. However, Oli’s position on SAARC essentially reflects his acceptance of India’s traditional hub-and-spokes model of engaging with the neighbourhood. By downplaying SAARC, the Modi government will be repeating its preference for bilateral deal-making.

Beyond the immediate resuscitation of SAARC, the question that Modi needs to tackle is this:  Does the Indian government have the vision to build and bolster regional institutions through which South Asian countries can forge stronger ties, create conditions for prosperity and develop a more integrated identity?

India’s policy on this question remains hazy at best. For example, from the vantage point of neighbouring countries, India has not offered an alternative to China’s Belt and Road Initiative. In the absence of a competing strategy, there really is no basis to question – or even assess – the enthusiasm with which its neighbours are signing up for Belt and Road projects. The call for strong regional institutions is not simply an expression of idealistic preferences. The region is poorer, more fractious, more vulnerable to the effects of climate change, and less culturally vibrant due to the absence of a robust regional framework.

Until now, the Modi government has worked on the assumption that personal charm can drive a country’s foreign policy. Modi has displayed a tendency to swing from tight bear hugs to total inattention. The BJP’s resolute focus on elections may deliver them the Rajya Sabha, but it may also cost them the neighbourhood. The sooner Modi realises that the ‘myth of the strong’ is really just a myth, the sooner India can escape the personalist approach to foreign policy and enter the realm of grand strategy.

Rishikesh Ram Bhandary is a PhD candidate at the Fletcher School, Tufts University.