Lloyd Austin said he will continue elevating the US's defence partnership with India. 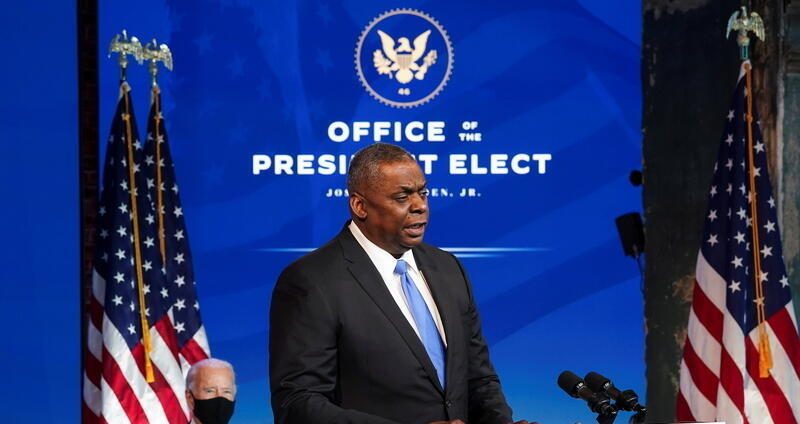 Washington: The objective of the incoming Joe Biden administration is to continue elevating the US’s defence partnership with India, the new defence secretary nominee told lawmakers.

“If confirmed, my overarching objective for our defence relationship with India would be to continue elevating the partnership,” retired General Lloyd Austin told members of the Senate Armed Services Committee during his confirmation hearing on Tuesday. President-elect Joe Biden has nominated him as his defence secretary.

“I would further operationalise India’s ‘major defence partner’ status and continue to build upon existing strong defence cooperation to ensure the US and Indian militaries can collaborate to address shared interests,” Austin said in response to a question submitted before his confirmation hearing.

He said he would also seek to deepen and broaden the defence cooperation between India and the US through the Quad security dialogue and other regional multilateral engagements.

Austin said his understanding is that Pakistan has taken constructive steps to meet US requests in support of the Afghanistan peace process. Pakistan has also taken steps against anti-Indian groups, such as Lashkar-e-Tayyiba and Jaish-e-Mohammed, although this progress is incomplete, he said.

Many factors in addition to the security assistance suspension may impact Pakistan’s cooperation, including Afghanistan negotiations and the dangerous escalation following the Pulwama terrorist attack, Austin said. President Donald Trump had suspended all the financial and security aid to Pakistan in 2018 citing lack of cooperation from Islamabad in the fight against terrorism.

Also read: Joe Biden: A Life and Career Made for This Moment in America

If confirmed, Austin said he will press Pakistan to prevent its territory from being used as a sanctuary for militants and violent extremist organisations. Continuing to build relationships with Pakistan’s military will provide openings for the United States and Pakistan to cooperate on key issues, he said.

Austin said he will focus on the shared interests which include training future Pakistan military leaders through the use of International Military Education and Training funds. Pakistan will play an important role in any political settlement in Afghanistan. “We also need to work with Pakistan to defeat al-Qaeda and the Islamic State Khorasan Province (ISIS-K) and to enhance regional stability,” he said.

Observing that Pakistan is an essential partner in any peace process in Afghanistan, Austin said that if confirmed, he will encourage a regional approach that garners support from neighbours like Pakistan, while also deterring regional actors from serving as spoilers to the Afghanistan peace process.