In a Confrontation Over Doklam, China Will Likely Be the Eventual Loser

Any hostilities will be short and non-conclusive, and will puncture the image of itself that China has built.

A signboard is seen from the Indian side of the Indo-China border at Bumla. Credit: Reuters 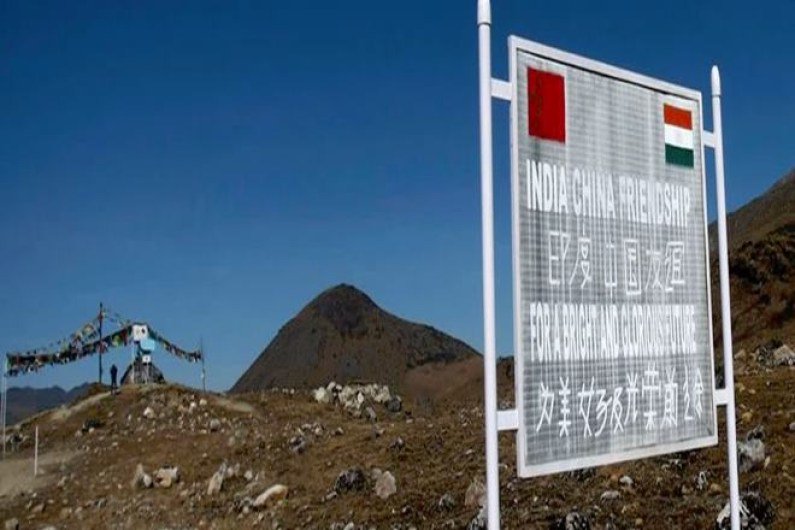 A signboard is seen from the Indian side of the India-China border at Bumla. Credit: Reuters

On June 16, it became public information that Indian troops had entered the Doklam region near the Chumbi Valley tri-junction area wedged between Bhutan, India and Tibet/China, and stopped a Chinese People’s Liberation Army (PLA) construction crew from completing the hard-surfacing of an earlier dirt track. The Doklam plateau is one of the disputed territories between Bhutan and China. It is opposite Sikkim and slightly north of the narrow Siliguri corridor connecting the mainland territory of India to its seven northeastern states and region.

Bhutan and China do not have formal diplomatic relations. Despite that, the two states have held a number of meetings to resolve their boundary differences inclusive of the Doklam area, without any resolution so far. Separately, framework agreements between India and China lay down that no unilateral changes to the territorial status quo in their disputed trijunction areas will be undertaken by any party – in this instance, inclusive of Bhutan – pending a final, mutually-acceptable delineation. In addition, Bhutan and India have close military relations, which is why, as the Indian government says, Indian troops were tasked to help Bhutan stop the Chinese road building work.

Genesis of the stand-off

The attempted hard-surfacing of the earlier dirt track in Doklam by China was in the disputed area between Bhutan and China. India intervened and stopped the Chinese effort to unilaterally change the status quo under terms of its own agreements with China, and in support of its security obligations to Bhutan.

China, on the other hand, has from the very beginning asserted that the territory in dispute with Bhutan is ‘Chinese sovereign land,’ which India forcefully disagrees with.

It needs to be recalled that despite a series of meetings over the years between Indian and Chinese representatives concerning their own bilateral borders, the latter has never seen fit to present actual delineations of their idea of the boundary line between India and China in visual form for the northern (Ladakh), central (Uttarakhand) and eastern (Arunachal Pradesh) sectors; that is, of the entire Himalayan borderlands in dispute. 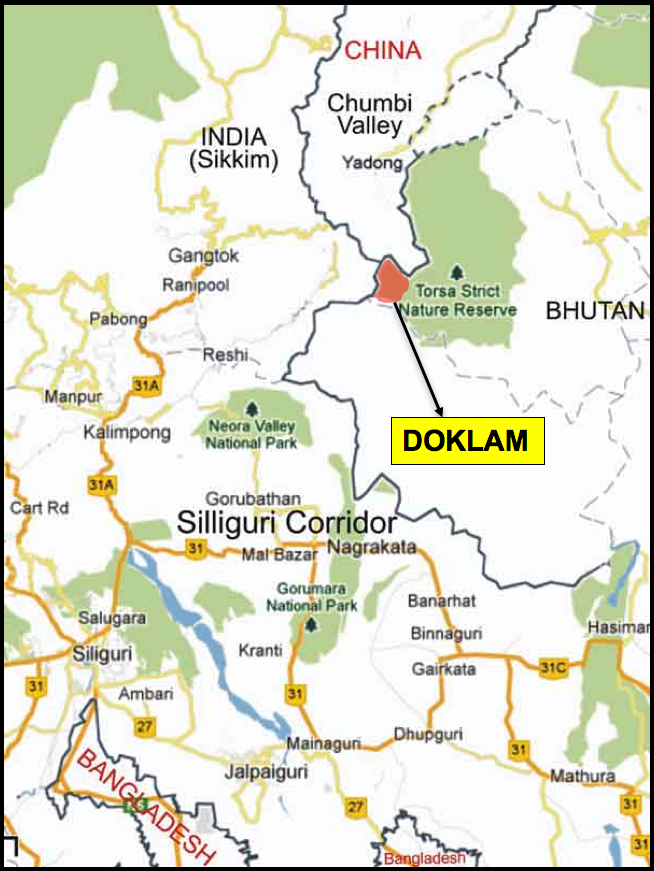 India has been ready, able and willing to do so for as many years. The suspicion on the Indian side is that the Chinese, for reasons unexplained but not entirely unfathomable, want to deliberately keep the entire intra-Himalayan borderlands in tension-play between their two countries. This is an issue that is seldom brought up by analysts. The fact is that neither pre-British India nor (earlier) Tibet had any problem about the precise delineation of the borderlands in the Himalayan shatter-belt region. The British tried to mark it by employing the (sensible) accepted international legal principle of the ‘highest watershed’ range forming the boundary.

China now artfully use these delineations as it suits them – rejecting them (in the case of the McMahon Line in Arunachal Pradesh) or using them (the same McMahon Line extension in settling its border with Burma/Myanmar). Currently, the Chinese are willing to cite the British-China 1890 convention, which excluded Tibet and Bhutan, in support of their claims in the Doklam area. Such a negotiating stance leaves them supple enough to change track as and when required.

The Chinese also frequently publicise claims to having amicably settled border issues with all their 14 neighbours except India and Bhutan. The implication is that the latter are being unnecessarily intransigent. This rings hollow to the Indians and only raises further doubt about China’s ultimate intentions.

In 2013 and again in 2014 there were extended border stand-offs between India and China in the Ladakh area (Depsang and Chumar, respectively). On both occasions, it was Chinese troops that had intruded into perceived Indian territory. Both intrusions were sorted out by local commanders and through diplomatic parleys in a relatively short time, with the Chinese troops vacating their ingress. In the Doklam instance, the disagreement has remained frozen for almost two months, with both countries standing their ground.

Also read: Does It Make Military Sense for India to Mount the Barricades at Doklam?

China immediately ratcheted up the rhetoric in high decibel and demanded from the very beginning that India withdraw its small contingent of troops from the ‘Chinese territory’ before any talks could be held. China’s state-owned media has been inspired or let loose to express Chinese ire, fire and brimstone on India almost daily. Both countries’ foreign ministries have also published their formal positions, the Chinese in a 15-page note and the Indians in a shorter one.

India (including its media) has been quieter in its responses to China’s harangue, but has refused to budge from its position that China attempted to unilaterally alter the status quo in disputed territory while rough-riding over both intra-bilateral and inter-trilateral agreements between themselves and those impinging on Bhutan respectively. Both states should pull back their forces from the Doklam plateau and then arrive at an amicable solution.

A diplomatic resolution of the differences could still occur, and would assuredly be to the benefit of India, China and Bhutan. Given the present impasse and China’s continued threats of violent action, a military confrontation is possible, even if, hopefully, not probable.

What would a repeat conflict in the high mountains between India and China be like, and entail in its aftermath?

What could happen next?

The major assumption is that China initiates the military assault. It may proclaim beforehand some provocation by Indian forces that led to the onset of hostilities. Or, in hubris and openly, use the time-tested phrase: ‘teaching a lesson’ to its adversary.

Hereafter, the assumptions encompass both countries:

What China expects from the current standoff is the real mystery. What calculation propelled China to immediately inflate and inflame the disputed Doklam strip of a hitherto hidden, uninhabited but disputed Himalayan land to the level of a major confrontation with India; and convert it swiftly into an issue of war and ‘face’ for both sides? Did it think India would meekly and publicly back down? Was it to frighten the Bhutanese away from their connect with India? Or, that after their imperious and unimpeded takeover of the South China Sea everything seemed possible? Perhaps an ‘unequal’ India was becoming too obstreperous and needed to be cut down to size? There are a host of other surmises, but let them rest. As the Jedi Master would say: the reason, we will never know.

As for the Indian side, it is apparent that the current NDA governmental dispensation is more rigid than the previous one. The earlier UPA government had adopted a firm but low-keyed response to Chinese incursions in the Himalayan border areas. Whatever the consequences of the changed Indian stance, the confrontation-die is now cast for both sides. 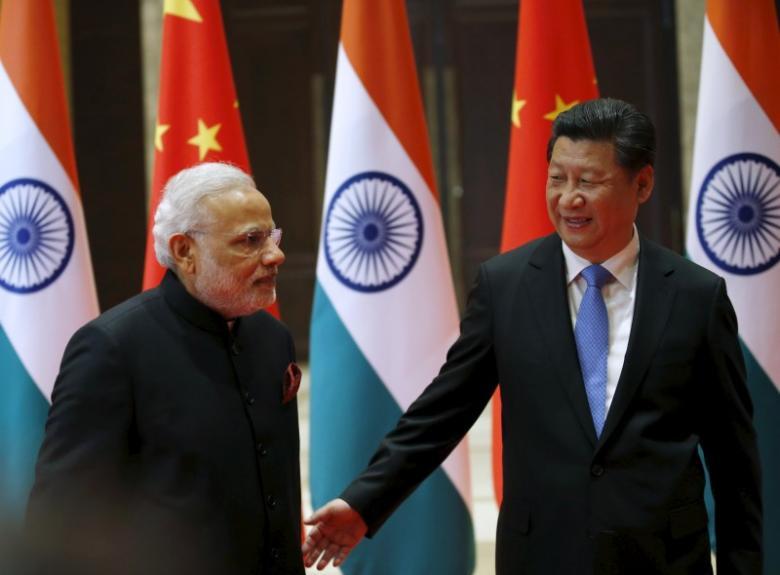 Despite their aggressive stance, there has been very little movement of major manpower and military equipment to the border areas on the Chinese side. Indian leaders have publicly reassured citizens that there is adequate military capability and means deployed in the northern border areas for any eventuality. China, however, possesses 35,000 airborne troops who can be airlifted and para-dropped at selected points quickly. The Tibet region also has a substantial network of road and rail communications reasonably close to India’s borders. As the initiator of hostilities, China could choose to make a feint in one place but mount a serious attack elsewhere.

The Barahoti area in Uttarakhand appears to be the most vulnerable, but Ladakh would have greater strategic value for them. It gives access to Hunza/Baltistan, and a link up with northern Pakistan in the future. Nothing can be predicted. India would need to be prepared in all these places. It would need to have an ‘offensive defence’ strategy whereby it could mount a riposte with seizure of adjoining territory in Tibet to later exchange with whatever the Chinese seize. Overall, India would basically need to resist enough – either frontally disallowing any significant Chinese gain or by adverse riposte control of limited Tibetan territory to stalemate the situation. The ‘perception’ gain or loss would be important to both states since the whole world would be watching.

Also read: ‘When it Comes to China, it is Important for India to Pick its Fights Carefully’

A stalemate with minor ‘gains’ for a later trade-off would be the ideal outcome for both states. Leaders on both sides could present the results fuzzily as having ‘won’.  Neither would lose ‘face’ before their peoples, or elsewhere – nor be weakened against rivals vying to replace them in internal power structures.

Ultimately, it would a matter of perception as to who ‘wins’ or ‘loses’. Since the dispute originates in a remote strip of mountainous ground and is limited in scope, one side could trumpet a pyrrhic ‘victory’ following minor gains. The other could also do the same, while simultaneously adumbrating that it had not buckled under the threats or hauteur of an overweening neighbour. It would just be a matter of manipulating perceptions, and slickly influencing the world’s media.

Irrespective of the conflict and its results, China is likely to be the eventual loser. It is already resented, if silently, in East and Southeast Asia for its overbearing ways, and additionally elsewhere for its predatory economic behaviour even if laden with ostensible largesse. A war for paltry purpose of a disputed but unknown Himalayan ridge and plateau claimed by tiny, peaceful Bhutan – especially if the war is indecisive – will hugely puncture China’s unbending and all-accomplishing image so assiduously built up. It will also probably push India towards states East or West that are as or more powerful than China economically and militarily – or will remain or become as powerful as China.

It is only a matter of time, perhaps a decade or so, before India also acquires sufficient economic and military power to manifestly ‘equalise’ Chinese capacities in all realms. The effort to acquire such sufficiency would be redoubled in the aftermath of a conflict. There is no magic involved in the process of economic and military advance when all the under pinners for it have already been created. They become a mundane and certain-to-be reality. Indeed, the real magic in the eyes of the world would lie in the contrasting reality that India goes on to achieve those capacities by open democratic means for a younger population soon greater than in an ageing, authoritarian China.

In an age of mass-destruction weapons, and a host of new, esoteric technology weapons soon at hand for major and even minor powers, wars perforce have to be ‘limited’ for all those who are able to possess such weapons. Limited wars will usually lead to limited outcomes. That is especially true for large states with large destructive capabilities and inhering newer technologies churning out new and precise means of destruction. The Chinese saying is that there cannot be two tigers on the mountain. The Indians know, however, that in Asia at least, with sensitivities based on questions of ‘face’ and the roll-calls of long histories, there have always been two suns in the sky. Both these civilisation-states need an honest compact to co-exist without periodic collisions. Perhaps a short, non-conclusive war will encourage such thinking.

Onkar Marwah is a former IAS officer, subsequently professor at universities in the US and Europe, and currently Distinguished Fellow at the IPCS, New Delhi.