While the readouts said common interests were discussed, MEA spokesperson Raveesh Kumar said India shared all evidences of terrorist activities of the Jaish-e-Mohammad and its chief. Though the visit is part of a routine for foreign office consultations, it comes in the backdrop of China’s continuing technical hold on the listing of Masood Azhar under the UNSC’s 1267 Al-Qaeda Sanctions committee.

While both the Indian and Chinese readouts mention that common interests were discussed, there was no specific reference to the UNSC sanctions committee.

However, separately, the MEA spokesperson Raveesh Kumar informed that India has “shared with China all evidences of terrorist activities of Jaish-e-Mohammad and its leader Masood Azhar”.

“It is now for the 1267 Sanctions Committee and other authorized bodies of the U.N. to take a decision on the listing of Masood Azhar. India will continue to pursue all available avenues to ensure that terrorist leaders who are involved in heinous attacks on our citizens are brought to justice,” he added.

However, Chinese foreign ministry spokesperson Geng Shuang dodged a question on the 1267 sanction committee and India’s participation in the second Belt and Road summit.

“As I said earlier, the common interests of China and India far outweigh the differences. I hope that the two sides will strengthen coordination and cooperation and safeguard the positive momentum of the healthy development of bilateral relations. In this regard, China is ready to work with India,” Geng said on Monday. 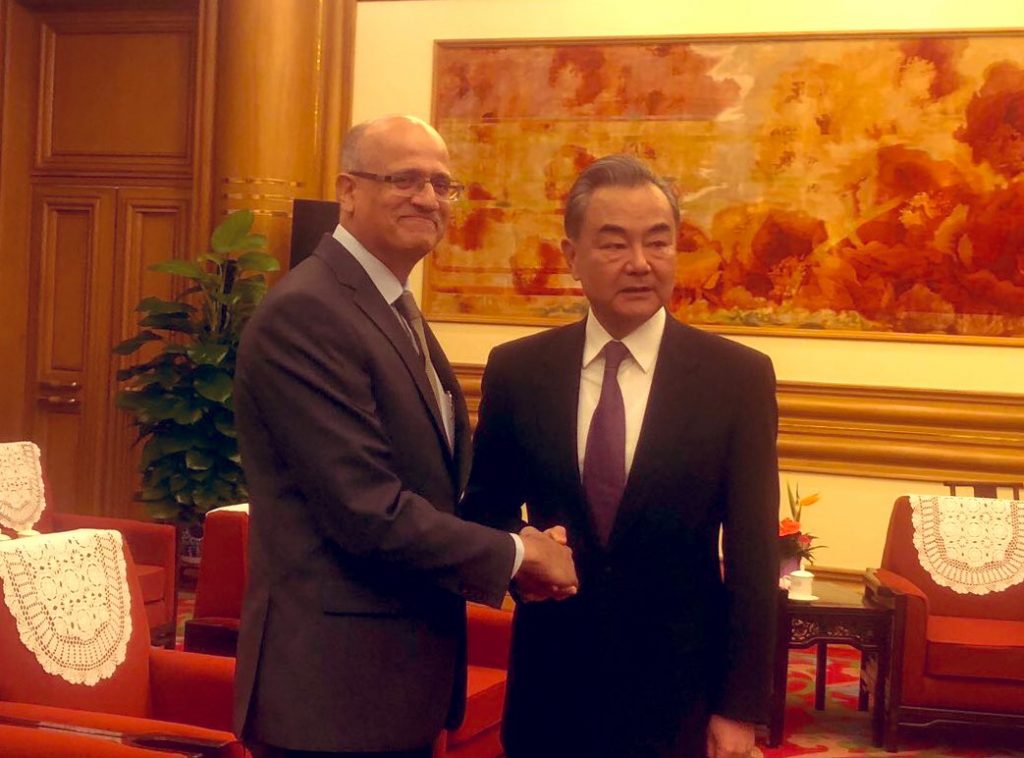 On March 14, China had put a hold for the fourth time in nine years on the proposal moved by the US, UK and France to designate JeM chief Masood Azhar as a global terrorist. The proposal sough to bring him under the UN sanctions regime that includes an asset freeze, arms embargo and travel ban.

The initiative was led by the three Western permanent members of the UNSC after the suicide bomb attack on the CRPF convoy that left 40 dead in Pulwama. Incidentally, India has shared evidence about Masood Azhar’s active role in fomenting terror , including audio files, with members of the UNSC.

India conducted airstrikes on a JeM facility inside Pakistan on February 26, which led to a retaliatory incursion by the Pakistani Air Force next day. Incidentally, Indian external affairs minister Sushma Swaraj was in China for trilateral meeting with her Russian and Chinese counterparts when the Pakistani jets dropped bombs inside Kashmir.

China’s ‘hold’ delayed any decision by the UNSC committee by six months.

At the time, India said that it was “disappointed” with the hold, but the official statement did not name or castigate China like in previous instances.

Two weeks later, after Beijing stopped the listing, the three permanent members circulated a draft resolution in the UNSC to blacklist Masood Azhar.

Beijing was informed that it should remove its technical hold early this week, or the permanent members would move the resolution in UNSC. This could force China to wield its veto in the chamber of the horseshoe table.

According to the MEA’s press release on Gokhale’s trip, the discussions reviewed the progress in bilateral ties since the Wuhan Informal Summit in April 2018 and the forthcoming engagement calendars. A second informal summit would be held this year.

Interestingly, the Indian press note specifically identified ‘Indo-Pacific’ as an agenda item among the plethora of “regional and international issues of common interest”.

The Chinese foreign ministry’s spokesperson and readout both highlighted that “common interests are far greater than differences”.

“The two sides should strengthen unity and cooperation, maintain the positive momentum of healthy and stable development of bilateral relations since the meeting between the leaders of the two countries, and safeguard the common interests of emerging markets and developing countries,” he said.