The Trade Policy Forum – the first such meeting since US President Donald Trump took office – laid bare the wide gap in what the US wants and what India is (un)willing to give. 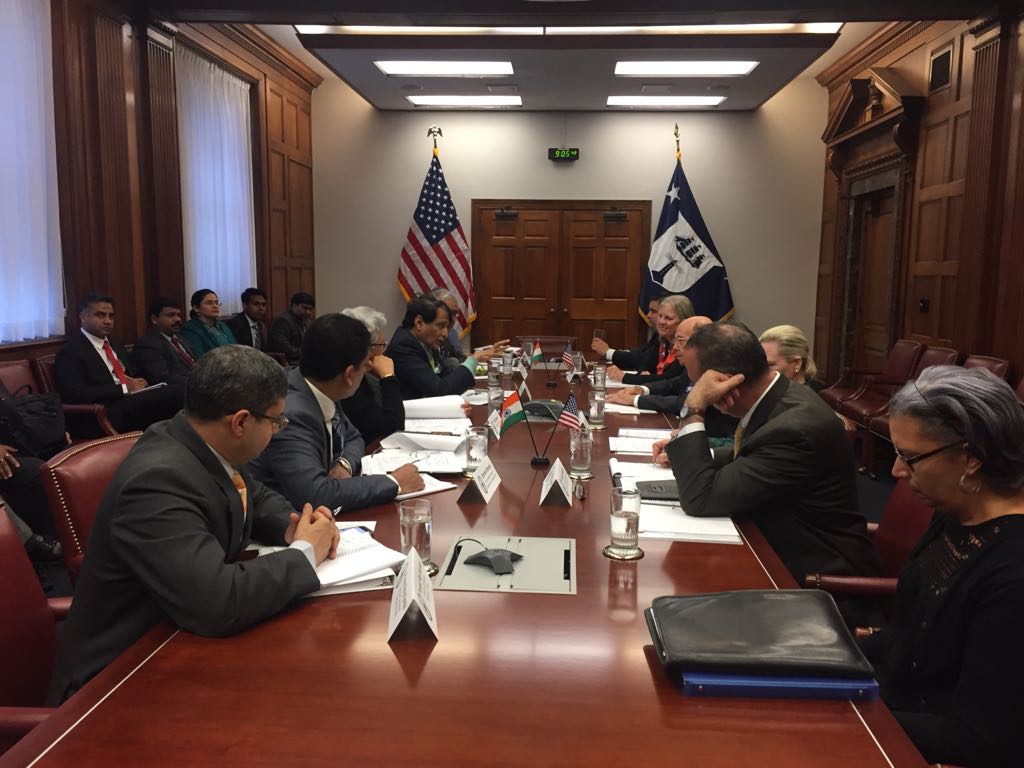 Both sides issued their own statements after the day-long TPF meet, and the language was revealing. Credit: Twitter/ @USIBC

Washington: US President Donald Trump’s hardline stance on trade issues, especially its trade deficit with India, has the potential of being a spoiler in an otherwise robust strategic engagement between the two countries.

Last week’s Trade Policy Forum (TPF) – the first such meeting since Trump took office – laid bare the wide gap in what the US wants and what India is (un)willing to give.

Whether any middle ground can be found would depend on the sagacity and skill of negotiators on both sides in the coming months. The United States Trade Representative (USTR), under both Democratic and Republican administrations, has been India’s toughest customer, almost always taking a maximalist position on trade issues.

No joint statement was issued after the two delegations led by Union commerce minister Suresh Prabhu and US trade representative Robert Lighthizer met last Thursday to lay down their negotiating positions. Even though Indian diplomats put great store in the sanctity of joint statements, they downplayed the absence of one in this case. They pointed out that the USTR had not issued a joint statement after similar meetings with China and South Korea.

Since differences were so stark, the US felt that a joint statement would have amounted to a pro forma restating of respective positions on various issues – export of agricultural products, price caps on medical devices, H-1B visas and the elusive totalisation agreement on returning social security taxes back to Indian workers.

Both sides issued their own statements after the day-long TPF meet, and the language was revealing. The US “pressed for strong outcomes across a number of areas,” including barriers to agricultural trade, new regulations that impact sales of high technology, enforcement of intellectual property rights and market access in services, the USTR statement said.

Lighthizer also expressed concern “about the $29.6 US trade deficit with India, urging the Indian delegation to further liberalise the Indian economy to facilitate American exports.”

“Both sides had differing views that could not be resolved immediately,” the US statement noted. In diplomatic terms, these are considered fighting words.

India responded with a kinder, gentler brush. Trade deficit “must be viewed in the larger context of the growing economic and strategic partnership.” Besides, India has begun importing US crude oil and will do the same with liquefied natural gas next year.

SpiceJet and Jet Airways are buying more that 300 aircraft from Boeing worth billions, the Indian statement noted, implying that the sale would make a dent in the deficit. Prabhu said that differences were “minor” while both sides were in agreement to “capture the huge potential of bilateral trade.” 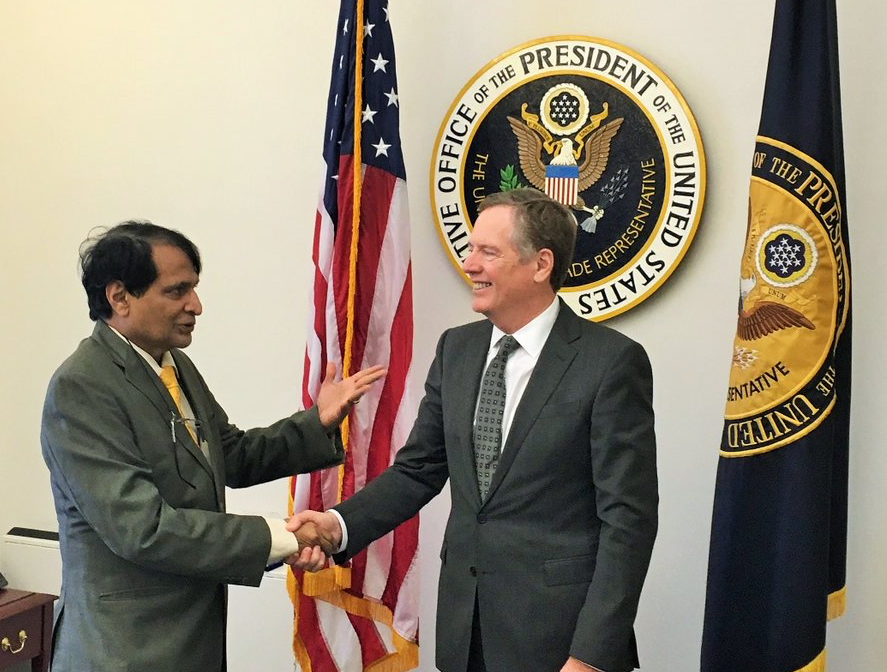 Given the Trump administration’s hardline views on trade, its ‘America First’ slogan, its decision to walk out of the Trans-Pacific Partnership agreement and its insistence on renegotiating the North American Free Trade Agreement, it was never going to be smooth sailing with India.

The most difficult part of the TPF meeting was the discussion around India’s price caps on coronary stents and knee implants – a decision by New Delhi to break the nexus between US manufacturers, Indian middlemen and Indian hospitals.

The US medical device manufacturers are up in arms and have asked the USTR to lean on India heavily. Their association has demanded that Lighthizer withdraw benefits to India under the generalised system of preferences or GST, which allows duty-free treatment for more than 10,000 Indian products.

It’s no secret that the whole US medical devices and pharmaceutical industry is immensely powerful and one of the largest spenders of money for lobbying. It floods policy makers with dubious information and studies often churned out “institutions” and “researchers” directly funded by the industry.

Lighthizer’s letter to Prabhu, dated September 18, a copy of which is with The Wire, appears to reflect the industry point of view.

Calling the price control policy “very troubling,” he says it doesn’t differentiate between regular and more sophisticated stents, the price fixed by the Indian regulatory authority is below the cost of production for the “most innovative stents” and that US companies are being forced to sell their products in India at a “significant loss” because they are not allowed to withdraw their products from the Indian market.

The letter then goes on to say that US companies are rethinking about the Indian market and feel discouraged about introducing the latest technologies for stents. “We believe that this situation can adversely affect India’s appeal as a destination for medical tourism, which is a critical contributor to the Indian economy,” Lighthizer wrote in a barely veiled threat. He concluded by asking India not to put more drugs or devices on the price control list.

The letter had already set the stage for a difficult meeting and no real progress was expected except an agreement to work together to find a solution. Prabhu explained that providing healthcare at a reasonable cost was necessary for a country like India and invited US companies to manufacture medical devices in India to lower their cost.

In addition to medical devices, the US side pushed India to allow exports of boric acid – a compound restricted under Indian laws. It is troublesome for an Indian company to import boric acid from the US because of end-user and other restrictions. The US request on boric acid has reportedly been pending for more than a decade with little forward movement.

Lighthizer also pressed Prabhu on the question of opening the insurance and legal services market. The Indian side raised the issue of H-1B visas and got a standard reply that it was an immigration issue and out of the USTR’s jurisdiction. Last week, the Trump administration made it more difficult to renew H-1B and L-1 visas, in a continuing squeeze that began earlier this year.

The US list of “asks” was longer and more strident. The Indian side seemed on the defensive even when it has legitimate “asks” such as crafting a totalisation agreement.