'It took us a few hours – and remarkably good work by our teams on the ground in New Delhi and Islamabad – to convince each side that the other was not preparing for nuclear war,' the former US secretary of state wrote. 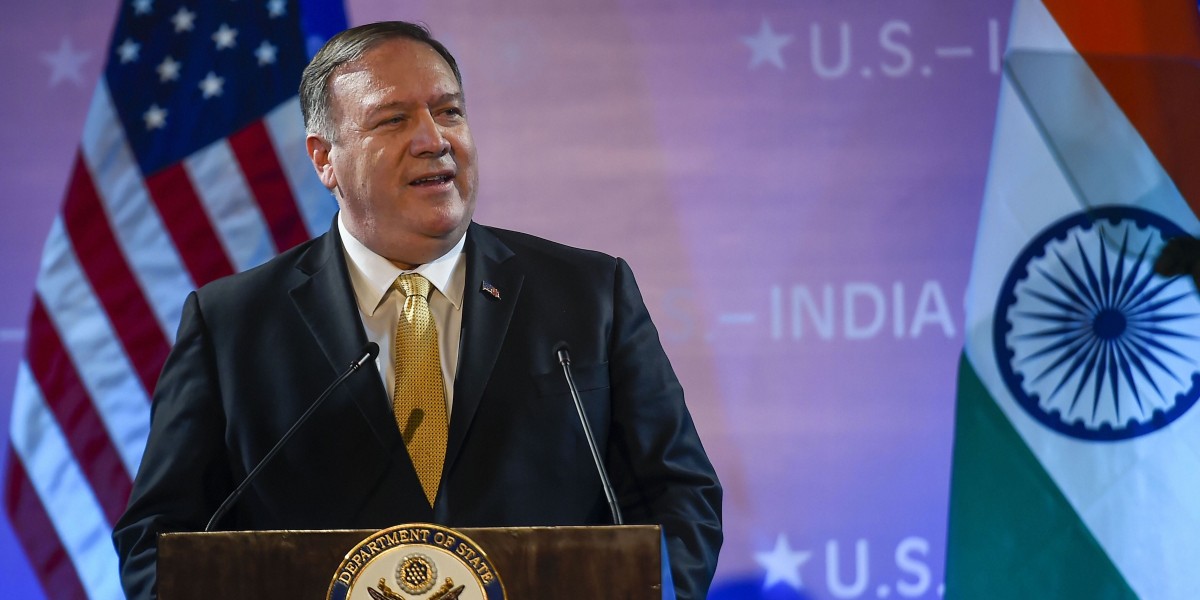 New Delhi: India and Pakistan came close to a nuclear war in the aftermath of the 2019 Pulwama suicide attack, former US secretary of state Mike Pompeo has written in his new book, Never Give an Inch: Fighting for the America I Love that hit the stores on Tuesday.

“I do not think the world properly knows just how close the India-Pakistan rivalry came to spilling over into a nuclear conflagration in February 2019. The truth is, I don’t know precisely the answer either; I just know it was too close,” wrote Pompeo, who served as CIA director in Donald Trump’s administration from 2017 to 2018 and then served as secretary of state from 2018 to 2021.

India’s warplanes attacked Balakot in Pakistan on February 26, 2019 in response to the Pulwama terror attack that killed 40 CRPF jawans on February 14, 2019. The Pakistan-based terror group Jaish-e-Mohammed claimed responsibility for the attack.

According to news reports, Pompeo claimed in his book that his then “counterpart”, Sushma Swaraj, had told him that Pakistan was preparing for a nuclear attack in the wake of the Balakot surgical strike in February 2019 and India was preparing its own escalatory response. Never Give an Inch: Fighting for the America I Love by former US Secretary of State Mike Pompeo. (Broadside Books, January 24, 2023)

He said he learnt of the gravity of the situation when he was awakened at night on February 27-28, during the US-North Korea Summit in Hanoi, to talk to his Indian counterpart.

“I’ll never forget the night I was in Hanoi, Vietnam when – as if negotiating with the North Koreans on nuclear weapons wasn’t enough – India and Pakistan started threatening each other in connection with a decades-long dispute over the northern border region of Kashmir,” he wrote.

“After an Islamist terrorist attack in Kashmir – probably enabled in part by Pakistan’s lax counterterror policies – killed forty Indians, India responded with an air strike against terrorists inside Pakistan. The Pakistanis shot down a plane in a subsequent dogfight and kept the Indian pilot prisoner,” he wrote.

Also read: Reading Between the Lines, From Pulwama to the Balakot Airstrike

Pompeo wrote he was awakened to speak with his “Indian counterpart,” who “believed the Pakistanis had begun to prepare their nuclear weapons for a strike”. He said the Indian side informed him that New Delhi “was contemplating its own escalation”. He added, “I asked him to do nothing and give us a minute to sort things out.”

He refers to his Indian counterpart as “him”, however, the position was held by the late Sushma Swaraj. Therefore, it’s unclear who he spoke to that night.

He also mentioned that the “original counterpart [on the Indian side] was not an important player on the Indian foreign policy team” and that he “worked much more closely with national security adviser Ajit Doval”.

He further wrote that then US national security adviser John Bolton, Kenneth Juster, then US ambassador to India, and other senior officials helped him to defuse the tensions between the two nations.

After the call, Pompeo and NSA John Bolton contacted the Pakistani side. “I reached the actual leader of Pakistan, General [Qamar] Bajwa, with whom I had engaged many times. I told him what the Indians had told me. He said it wasn’t true,” he wrote.

“As one might expect, he [Bajwa] believed the Indians were preparing their nuclear weapons for deployment. It took us a few hours – and remarkably good work by our teams on the ground in New Delhi and Islamabad – to convince each side that the other was not preparing for nuclear war.”

The Ministry of External Affairs has not yet commented on Pompeo’s claims, news reports said.

Sushma Swaraj described as a ‘goofball’

According to the news agency PTI, Pompeo also described Swaraj as a “goofball and a heartland political hack”, adding that he was much more comfortable with S. Jaishankar, who succeeded the former as foreign minister in the second Modi government in 2019.

“My second Indian counterpart was Subrahmanyam Jaishankar. In May 2019, we welcomed “J” as India’s new foreign minister. I could not have asked for a better counterpart. I love this guy. English is one of the seven languages he speaks, and his is somewhat better than mine,” the book says.

Pompeo described Jaishankar as “professional, rational, and a fierce defender of his boss and his country”. “We hit it off immediately. In our first meeting, I was bemoaning, in very diplomatic speech, that his predecessor had not been particularly helpful,” he wrote, according to PTI.

Respondig to the book, Jaishankar told PTI, “I have seen a passage in Secretary Pompeo’s book referring to Smt Sushma Swaraj ji. I always held her in great esteem and had an exceptionally close and warm relationship with her. I deplore the disrespectful colloquialism used for her.”

Note: This article was updated with passages about Sushma Swaraj after publication.