The passing of the Mauritius-backed resolution is a blow to the UK, as the ICJ will now give an advisory on the Chagos archipelago currently under its control. 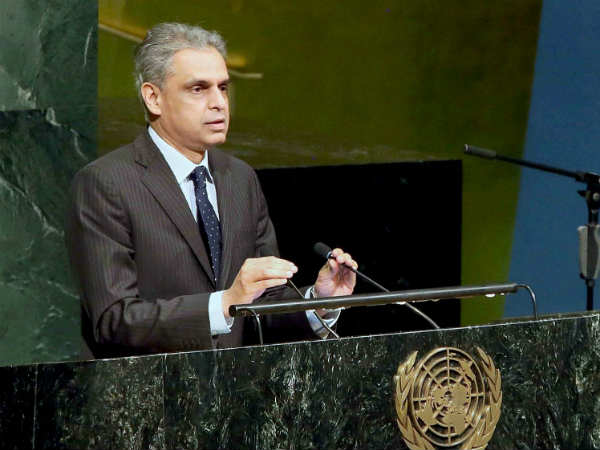 New Delhi: India voted against the UK and in favour of a Mauritius-backed resolution in the UN General Assembly that sought advisory opinion from the International Court of Justice on the legal status of disputed territory in the Indian Ocean.

In a blow to the British, the resolution was passed with 94 votes in favour and 15 countries against. There were also an unusually large contingent of abstentions, at 65.

#UNGA votes overwhelmingly to refer the questions of #Chagos #selfdetermination and decolonisation of #Mauritius to #ICJ pic.twitter.com/oEarRFurUc

India has had a long-standing policy position in favour of Mauritius on the Chagos archipelago, which was reiterated again on the floor of the General Assembly in New York.

Expressing India’s support, permanent representative to the UN Syed Akbaruddin noted that the “process of decolonisation, that began with our own independence, still remains unfinished seven decades later”.

“In fact, in 2011, the General Assembly proclaimed the 2011-2020 decade as the Third International Decade for the Eradication of Colonialism. We would like to see a conclusion to this long-drawn process,” he said.

The senior Indian diplomat acknowledged that there were “security concerns” in the Indian Ocean, but asserted that “it is a matter of principle for India to uphold the process of decolonisation and the respect for sovereignty of nations”.

The resolution was introduced on behalf of the 54-member African group by Congo’s representative, who said that it was  “in pursuit of the effort of all African states to complete the decolonisation of Africa”.

Three years before Mauritius got its independence, Britain separated the Chagos islands to carve out a ‘British Indian Ocean Territory’ in 1965. A year later, in 1966, the UK leased the biggest island in the Chagos archipelago, Diego Garcia, to the US to create an air base. For constructing the defence installation, the inhabitants of the island were forcibly removed.

With China becoming increasingly assertive in Indian Ocean, the need for the strategically-located military installation is certainly not likely to diminish for the Western power.

Diego Garcia has also been the launching pad for long-haul air combat operations to Afghanistan, as well as the location for interrogation centres for detainees during the ‘War Against Terror’.

Unsurprisingly, the US voted in favour of the UK and against the resolution. This was despite Mauritius’s assurance that it was willing to renew Diego Garcia’s long lease even after it came under its jurisdiction.

Mauritius minister Mentor Anerood Jugnauth led the Mauritian delegation to the General Assembly and laid out the legal case. “Mauritius, prior to its independence in 1968, had no legal competence, as a state, to give any consent to the detachment of the Chagos archipelago from its territory,” he said.

#HappeningNow #Mauritius Frm President and PM Anerood #Jugnauth addressing the #UNGA on the legal csq of the separation of #Chagos in 1965 pic.twitter.com/wR7i93YQYV

In 2015, The Hague-based Permanent Court of Arbitration ruled in favour of Mauritius and criticised the UK for its violation of international law in exercising territorial control over Chagos islands.

While the UK has assured the international arbitration court that it would return the Chagos islands to Mauritius, the rider was that it would only do so when it is no longer needed for “defence purposes” – with no specific date.

As per the resolution, ICJ will have to give its considered view on two points:

The ICJ’s advisory opinions are not binding on any country, but they do have moral weight. 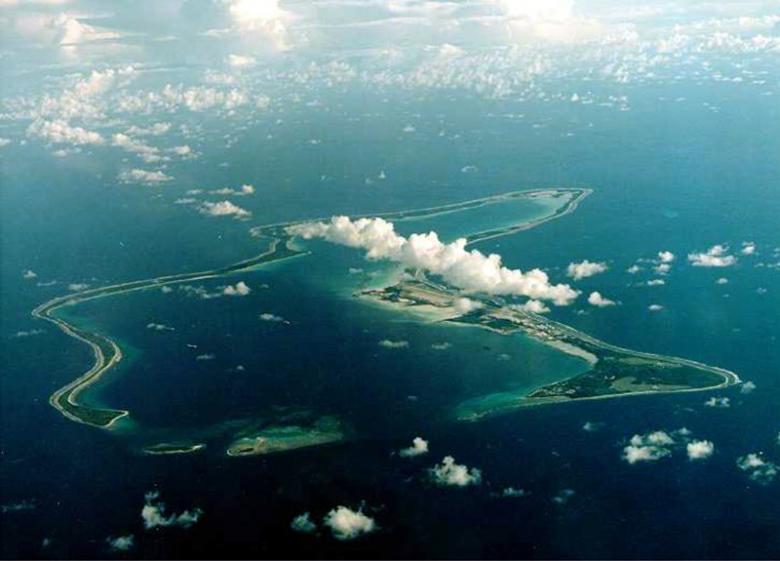 An undated file photo shows Diego Garcia, the largest island in the Chagos archipelago and site of a major US military base in the middle of the Indian Ocean leased from Britain in 1966. Credit: Reuters

The UK had argued that the passage of the resolution would be a “dangerous” precedent, since the matter was a bilateral issue. It also reflects that a post-Brexit UK certainly has much less diplomatic influence.

Most of the major EU countries, including Germany, France, Italy and the Netherlands, abstained. However, Hungary, Croatia, Lithuania, Montenegro, Bulgaria and Albania joined the minority and cast their vote against the resolution.

Among the Anglophone countries, Australia, New Zealand and the US voted against the resolution, but Canada abstained. The other permanent members, Russia and China, also abstained.

Interestingly, Mauritius didn’t get support from two of its Indian Ocean neighbours – while Sri Lanka abstained, Maldives voted against the resolution. In another surprise, Afghanistan also cast a negative vote, along with Japan and South Korea.