The princess was sent back to the UAE after the yacht she was travelling in was allegedly forcibly boarded by the Indian Coast Guard in international waters. 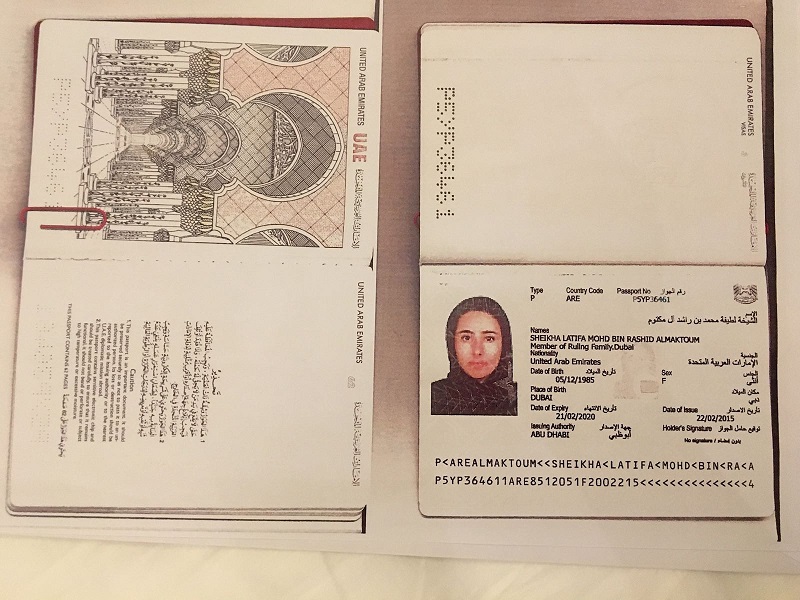 Thiruvananthapuram: The action of the Indian coast guard – apparently with authorisation from Prime Minister Narendra Modi – in forcibly boarding a US-registered vessel in international waters off the Goa coast, abducting a woman  and handing her over to United Arab Emirates commandos – has come under international scrutiny with the UN Office of the High Commissioner for Human Rights (OHCHR) writing to the government of India seeking an explanation for the woman’s disappearance.

The woman – Sheikha Latifa, daughter of Dubai ruler and UAE prime minister Sheikh Mohammed bin Rashid Al Maktoum – went missing on March 5, 2018, some 50 kilometres off the coast of Goa, with French-US national former spy Hervé Jean Pierre Jaubert, and a third person, Tiina Jauhiainen, a long-time friend of Latifa, while they were on a US-flagged yacht, the Nostromo.

In a message she recorded before setting sail, Latifa said she was fleeing the UAE because she no longer wished to be oppressed by her father.

Toby Cadman from Guernica 37, the law firm representing the princess and her two friends, told The Wire that given the unlawful abduction, arbitrary detention and  suspected torture of Sheikha Latifa, Guernica 37 International Justice Chambers has invoked the special procedures of the OHCHR, specifically the UN Working Group on Enforced or Involuntary Disappearance, the UN Working Group on Arbitrary Detention and the UN Special Rapporteur on Torture, Inhumane and Degrading Treatment requesting their urgent and immediate intervention.

“And now, the UN Working Group on Enforced or Involuntary Disappearance (WGEID) has transmitted the urgent communication, filed by Guernica 37 IJC, to the UAE and India in order to provide them the opportunity to respond to the allegations concerning their involvement in Latifa’s enforced disappearance and arbitrary detention and to provide justification for a joint-military operation that culminated in an unprovoked attack on a US-flagged yacht in international waters, the unlawful abduction, arbitrary detention and ill-treatment of all those persons on yacht,” Cadman added.

Asked what response they had received, if any, from either India or the UAE, the WGEID secretariat in Geneva told The Wire, “The proceedings of the WGEID are confidential and we cannot disclose information on the individual cases.”

According to Radha Stirling, CEO of the NGO Detained in Dubai and the last person who talked to the princess before she went missing, the Dubai royal was fleeing her father and trying to migrate to the US via India. This plan was reportedly put to an end by Indian forces acting upon a request from the UAE.

In a message she recorded prior to fleeing Dubai in March in what turned out to be a doomed attempt to reach the US via India, Latifa described the details of her detention in the UAE, her abuse, her earlier kidnapping as well as the kidnapping of her sister. She also said that she feared for her life.

“She instructed me that her messages ought to be publicly released if she hadn’t managed to flee the UAE for the world to learn about her ordeal suffered at the hands of what is clearly an autocratic and controlling regime,” Stirling told The Wire.

In her 40-minute-long video, Latifa states “I have left the United Arab Emirates, but I am not out of danger’.

Her account from recordings that have been independently verified appears to describe a system of abuse that requires international intervention.

“In her last [message] Sheikha Latifa appeared to be highly distressed and in a state of panic,” Stirling said. The messages were sent by WhatsApp as armed men, said to be from the Indian Coast Guard, boarded the yacht.

She said, “Radha please help me, there are men outside. I heard gunshots.”

“Latifa was panicking and described how the Nostromo was under attack with men attempting to board. She said she was hiding with her friend and had heard several gunshots,” Stirling told The Wire.

On March 5, following the events of the previous evening, and with no further contact from Latifa, Stirling wrote to the Metropolitan Police in London. “The purpose of the letter was to report both the princess and Jaubert are missing so that inquiries could commence,” Stirling added.

The UK Metropolitan Police have confirmed that they have referred the matter to the UK National Crime Agency and Interpol to investigate.

David Haigh, a British lawyer and partner at Detained in Dubai, himself a victim of torture in the UAE and currently pursuing a criminal complaint against the UAE, said, “When Princess Latifa put her trust in us and appointed Radha and I at Detained in Dubai to represent her and protect her in her bid for freedom from torture and abuse, it was clear to us that an application to the United Nations special procedures branch was an essential step in seeking to achieve this.” The Princess’ message to Detained in Dubai.

“We are fortunate to have a close working relationship with the renowned Guernica 37 International Justice Chambers and were able to secure Toby Cadman’s attendance at the UN in Geneva within hours of Princess Latifa going missing. The United Nations and the international community are to whom we must look, when unelected dictators seek to position themselves above the law. No one is above the law and we look forward to the United Nations acting rapidly to ensure that Latifa is free and safe and able to live her life as she, and no one else, chooses,” Haigh added.

“On Sunday 4th March 2018 as night fell we what were off the coast of Goa, India when we were attacked by Indian secret service and military, including the Indian Coast Guard.” Tina said, “Around 15 men came onboard fully masked, in armoured black clothing, with machine guns and laser sights. They used what was some kind of gas that filled the boat was smoke. It was the most terrifying experience of my life, The Indian men had their laser sights on me and Latifa and they were telling me they would shoot me and kill me. I was thrown against the floor, stood on and found myself in a pool of blood. At this point I thought they had killed Hervé and I thought I was next. They told me again and again that they would kill me and held me on the edge of the boat, threatening to push me into the sea. We were cuffed and forced to lie down.”

After the operation, which ended with the Indian coast guard handing over the Nostromo to UAE military personnel – all of this in international waters – the latter sailed the boat back toward the UAE, with Latifa, Jauhiainen, Jaubert, and the crew locked below deck. After four days, they were transferred to a UAE naval vessel, and three days later arrived back in the UAE.

“State security officials took me to a facility that her captors described as a secret State Security Department detention centre for people who represent a ‘threat to national security’,” Jauhiainen said.

Following several long rounds of interrogation, during which Jauhiainen said her interrogators threatened her repeatedly with the death penalty and solitary confinement, she said she admitted to actions she did not commit, such as sending out the video of Latifa.

After another four days of solitary confinement, according to HRW, “interrogators told [Jauhiainen] they would release her if she videotaped a confession and signed several documents where were in Arabic that she could not read, which she did.” 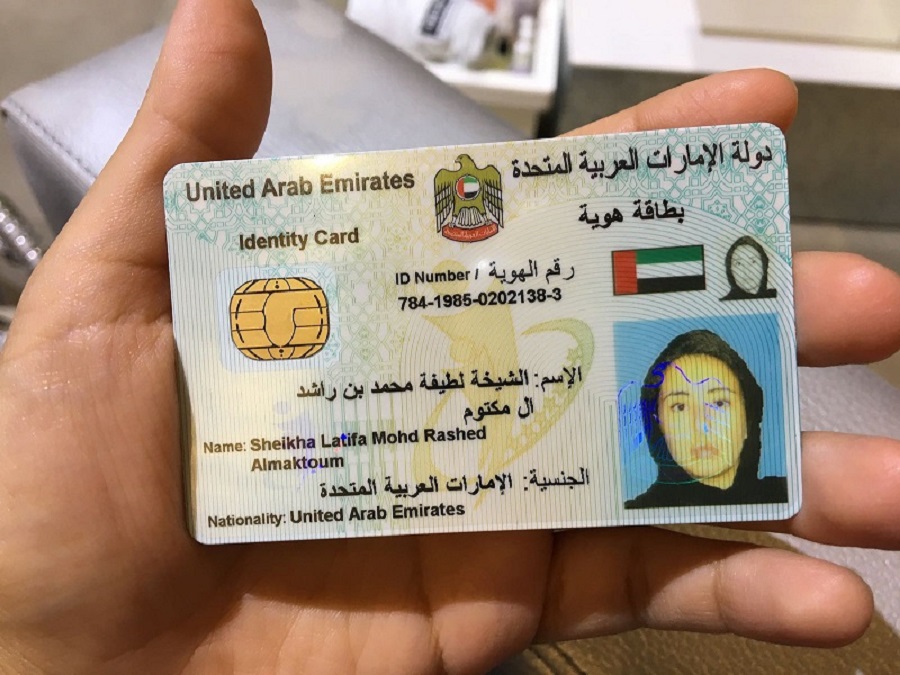 Jauhiainen said she later signed what she thought to be a non-disclosure agreement written in English banning her from speaking about the interrogation and Latifa.

On March 22, Jauhiainen said the UAE authorities allowed her to return to Finland, but they kept her computer and various other items from the boat. She said they allowed Jaubert and the crew to leave the country on his boat around the same time. In interviews to Mid-Day, BBC and other media platforms, Jaubert has said unequivocally that the Indian Coast Guard had boarded his yacht.

Stirling also raised questions about Interpol, alleging that the UAE had leveraged a donation of $50 million to abuse the Interpol system.

“[The UAE authorities] routinely report individuals to Interpol over frivolous matters that do not fall within Interpol’s mandate, and frequently use the international policing organisation as an auxiliary tool for debt collection,” she said.

For example, the UAE reported a French national, Christian Elombo, to Interpol and sought his extradition on a false charge of kidnapping, after he was released from an Omani jail for allegedly driving Latifa inside Oman. They later dropped their demand.

“They have also reported Jaubert to Interpol, although they themselves released him from custody, essentially as revenge against his having spoken out about everything that happened,” Stirling said, adding that this sort of habitual abuse of Interpol is damaging to the organisation’s credibility.

Note: This article was edited at 2:18 pm on May 23 to add the response received from the WGEID Secretariat in Geneva.