UAE Confers Zayed Medal on Modi, No Clarity on Travel Plans Yet

If Modi does travel to the UAE to receive the award, it would be unusual as the model code of conduct is already in place and the Indian government may have to take permission from the EC. 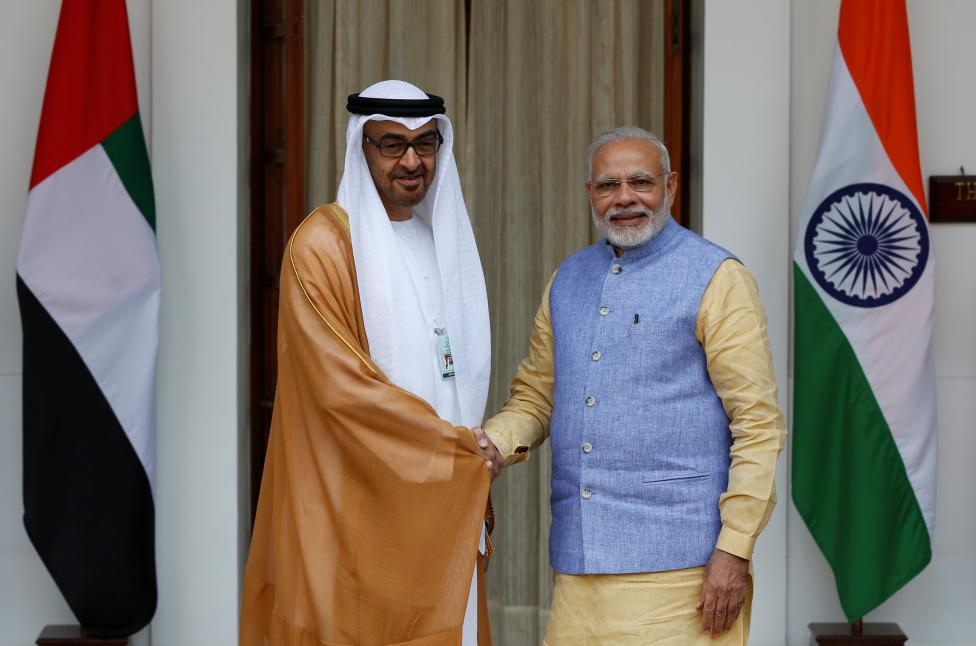 New Delhi: The United Arab Emirates announced on Wednesday that the Gulf kingdom had chosen to confer its highest decoration medal for foreign leaders to Indian Prime Minster Narendra Modi, who is currently in the midst of a strident re-election campaign.

UAE crown prince Sheikh Mohamed bin Zayed Al Nahyan announced that the Zayed medal, an award reserved for heads of states and government, was being bestowed on his “dear friend” for giving a “big boost” to relations between the two countries. He tweeted the announcement not just in Arabic and English, but also Hindi.

We have historical and comprehensive strategic ties with India, reinforced by the pivotal role of my dear friend, Prime Minister Narendra Modi, who gave these relations a big boost. In appreciation of his efforts, the UAE President grants him the Zayed Medal.

Acknowledging the award, Modi also tweeted that the relations between UAE and India have “reached new heights”.

I accept this honour with utmost humility.

Under your visionary leadership, our strategic ties have reached new heights. This friendship is contributing to the peace and prosperity of our people and planet. https://t.co/gtAy00uffw

This is in recognition of Prime Minister’s stellar role in ushering in a new era of strategic partnership with UAE and the best ever relations with the Islamic world. /2

Last year, UAE conferred the ‘Order of the Zayed’ on Chinese President Xi Jinping when the latter visited Abu Dhabi during his four-nation GCC tour in July. That was the first visit by a Chinese president to UAE in 29 years.

A few days later, UAE conferred the Zayed medal on the presidents of Ethiopia and Eritrea at a joint ceremony. The Gulf state had played a significant role in peace talks between the warring neighbours situated on the strategic horn of Africa.

It is not yet clear, however, if and when Modi will travel to the UAE to accept the award, as he has a packed campaign schedule with hundreds of rallies in various parts of the country.

However, there had been speculation last week in a section of the Indian media that the PM would be travelling to the UAE to inaugurate a temple in Abu Dhabi on April 20.

The Khaleej Times, however, reported on April 2 that the temple authorities and the Indian ambassador to the UAE had stated that they had no information about a visit of the Indian prime minister.

However, after the UAE’s announcement on Wednesday, the MEA did not rule out a visit.

“Exchange of high-level visits between India and UAE is an important component part of any strategic partnership. As and when next visit is planned, we will share details with you as per established norms,” MEA spokesperson Raveesh Kumar said in reply to a question on whether PM is travelling to the UAE.

If Modi does travel to the UAE, it would be unusual for a prime minister to go on a foreign tour while the model code of conduct is in place. The Indian government may also have to take permission from the Election Commission of India, since MCC restricts use of official machinery for the party in power after the election schedule is announced.

Also read: Despite Demonetisation, Cash Seizures by EC Cross 2014 Levels Ahead of Polls

In 2014, the model code of conduct was in force from March 5. The last visit by Manmohan Singh before the parliamentary elections was in March 3-4 for a BIMSTEC summit in Myanmar.

For the 2009 parliamentary elections, the MCC was in place from March 2 onwards. However, PM Singh did travel to London for the G-20 summit in first week of April. On the sidelines, Singh had the “first substantive meeting” with United States’ newly-elected President, Barack Obama.

Atal Behari Vajpayee’s last foreign tour as prime minister had been in January 2004 to Pakistan for the SAARC summit. This was two months before the schedule for 2004 parliamentary elections was announced on March 1 by Election Commission.

The last time that the MEA approached the election commission for permission to hold an event was in 2009.

Indian officials have repeatedly asserted that UAE has been a close partner, especially on security issues to India.

There had been reports last year that India helped to intercept and return a runaway UAE princess, but this had not been officially confirmed.

Earlier this year, UAE had hosted a ministerial meeting of the Organisation of Islamic Cooperation and invited India as a speaker for the plenary session. Pakistan boycotted the meeting.

This week, UAE deported to India an operative of Jaish-e-Mohammed, who had been apparently involved in the attack on a CRPF training camp in Kashmir in December 2017.