One of the tweets from the account of India’s permanent representative to the UN, Syed Akbaruddin, was a link to a YouTube video of Turkish hackers Ayyildiz Tim. 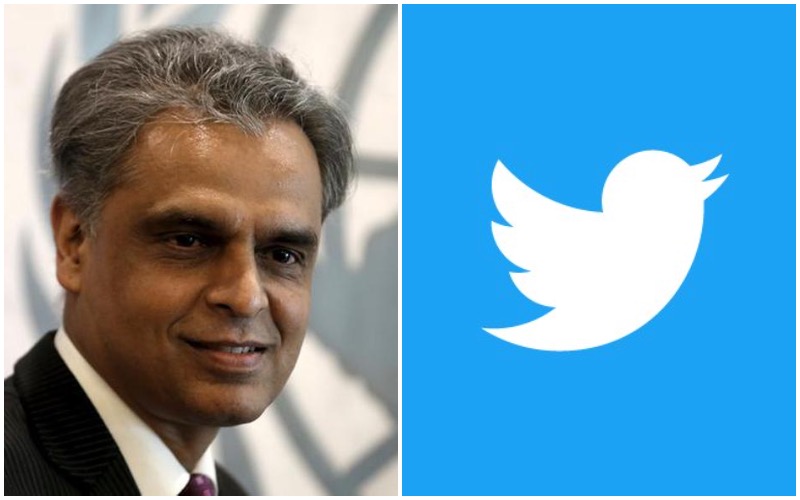 New Delhi: The Twitter account of India’s permanent representative to the UN Syed Akbaruddin was briefly taken over, allegedly by Turkish hackers.

On Saturday, a tweet in Turkish was posted from his account @AkbaruddinIndia. The post, which was ‘pinned’ to the account, said: ”You are hacked by the Turkish cyber army Ayyıldız Tim! We got your DM correspondence! We will show you the power of the Turk! I Love Pakistan”. The message included emoticons of the flags of Turkey and Pakistan as well as a video with a rousing tune.

The handle of the verified account was also changed to ‘AkbaruddinSyed’, which led to the automatic loss of Twitter’s  ‘blue tick’.

One of the tweets from the account was a link to a YouTube video of Ayyildiz Tim. The hackers also tweeted a photo of Pakistani president Mamnoon Hussain sitting next to a table that has a photograph of Muhammad Ali Jinnah.

The Turkish nationalist hackers have earlier launched attacks on several websites and social media accounts. Some of their targets have been inexplicable – the website of a school in a village in southern England, the UN country team in Ethiopia and Kenya’s transport ministry.

The last tweet by the hackers was a bit puzzling for most Indian visitors on Akbaruddin’s timeline – a Turkish channel’s YouTube link to the song ‘Awaara Hoon’.

The 1955 film Awaara by Raj Kapoor can probably be termed as India’s most successful export to Turkey. Not only did it inspire several remakes by Turkish filmmakers in the 1960s and 1970s, it also generated several cover versions by Turkish musicians.

The last known incident of a breach of a Ministry of External Affairs-related online digital asset was in November 2016. Two Dutch hackers had claimed to have hacked into seven Indian high commission websites and published database of people of Indian origins, including their passport numbers, email ids and phone numbers.

Till date, there has been no known hacking of any of the Twitter accounts operated by the external affairs ministry. Congress president Rahul Gandhi’s Twitter account was hacked in December 2016.

I’m back.
It will take more than a hack to keep me down. ?
Thanks to @TwitterIndia & many others who helped. ?? https://t.co/h9RCJVrU4m