On Climate Change, the United States Needs to Be Isolated, Not Appeased

As Trump knocks down the Paris pact, the Modi government should push India's BASIC strategy again. 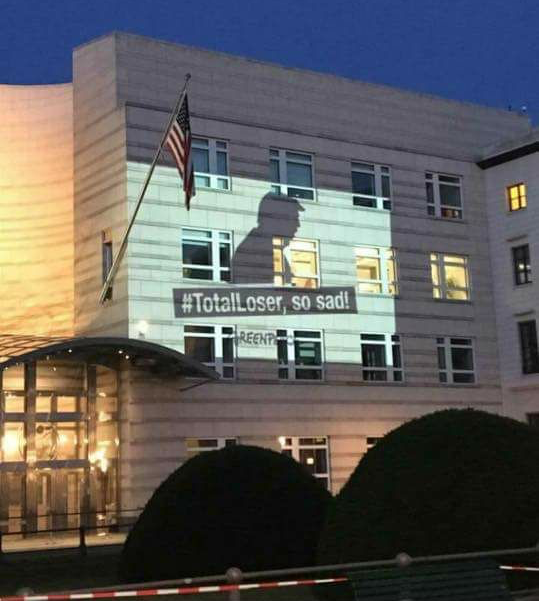 An image of Donald Trump projected on to the US embassy in Berlin by Greenpeace in protest at the US president's decision to pull out of the Paris climate change agreement.

President Donald Trump’s long-anticipated decision to pull his country out of the Paris climate change agreement means the United States is no longer bound by its commitments, albeit voluntary, to reduce its greenhouse gas emissions, share climate friendly technologies with developing countries and contribute financial resources to enable them to undertake measures to slow down or reduce their emissions and also to adapt to the consequences of climate change which is already taking place or is likely to take place in the future.

Under Obama, the US had declared its intention to reduce its emissions by 26-28% by 2025 against the 2005 benchmark. The Green Climate Fund would have received $500 million from Washington. Domestically, under the Clean Power plan adopted by Obama, significant cuts were mandated in vehicle emissions; coal based thermal power plants would have been progressively phased out and no new coal plants would be built. Trump had already abandoned the Clean Power plan and now the commitments under the Paris agreement are being jettisoned as well. What does this mean for the fate of the agreement and what would its impact be on rest of the countries which are parties to the agreement?

The agreement will stand as long as other parties continue to adhere to it. Since they have announced their intention to do so, the agreement is not under any threat. For India, Prime Minister Modi made a declaration to this effect on his recent visit to Germany.

Trump has said he may seek re-negotiation of the agreement in order to make it reflect US interests better. It is unlikely that other parties would agree to fresh negotiations, which will unravel the delicate compromise, arrived at after often tortuous negotiations. Furthermore, the agreement implicitly recognises the principle of “no backsliding”: nations can make their commitments progressively more ambitious but not dilute them. The stated intent of the US  – to reduce its commitments – would violate this principle.

Since the US is the second largest emitter of greenhouse gases, constituting 20 per cent of the global total, its withdrawal would imply that the parties remaining within its fold would have to carry an extra burden. This extra burden should be assumed by the developed countries (DCs) and China, the world’s largest emitter. 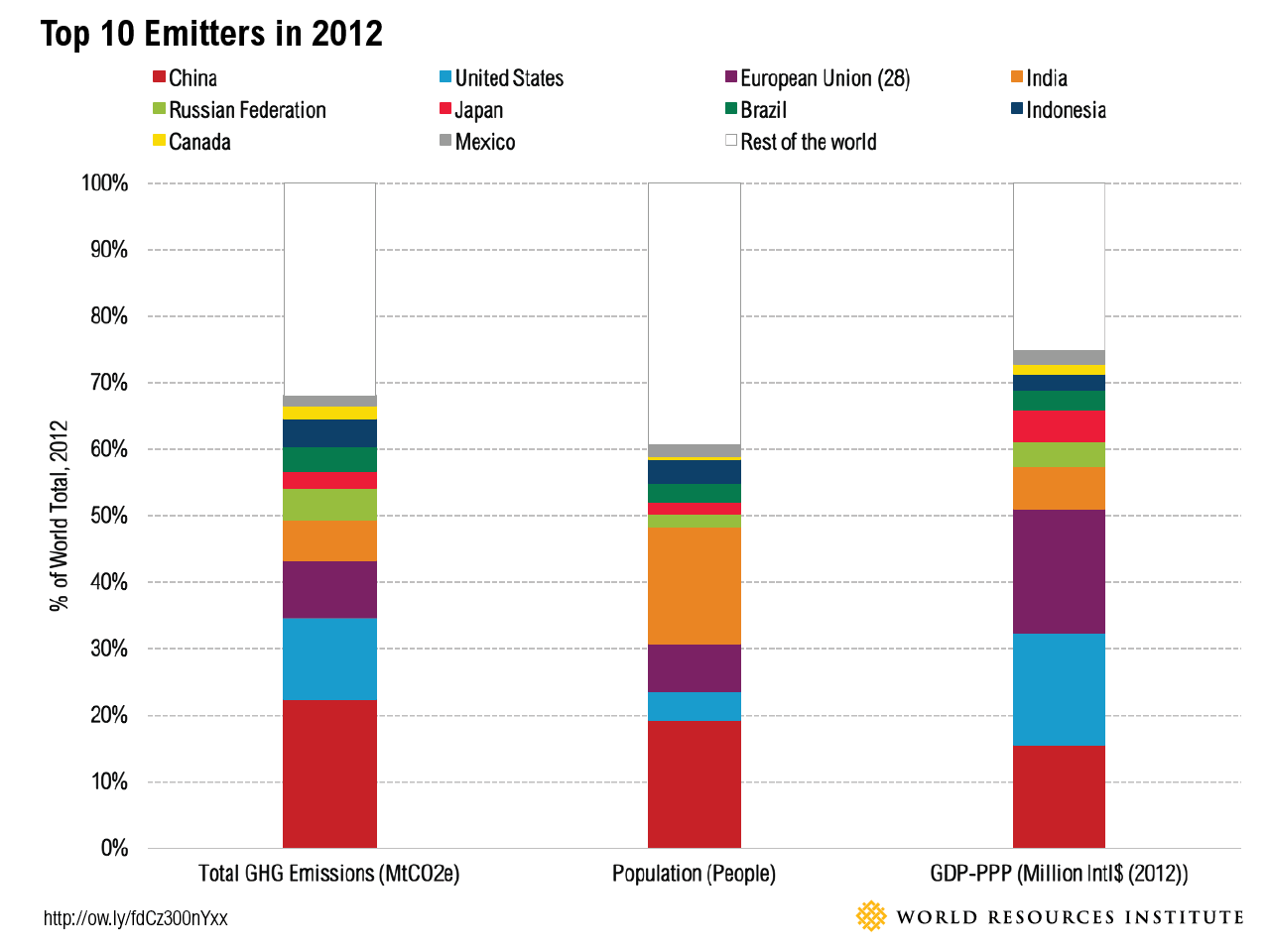 Other developing countries should not have to contribute beyond what they are already doing. India’s contribution to the global total is currently less than 5% and its per capita emissions are less than 2 tonnes as against China’s 8 tonnes and the US’s 20 tonnes, ten times that of India. China’s per capita emissions by 2030 will likely be 14 tonnes while India’s will be about 7 tonnes even under the most generous assumptions of the country’s growth trajectory.

Trump said a country like India was demanding billions of dollars as a condition for fulfilling its commitments under the agreement. This is a lie plain and simple. While India’s submission did raise the expectation of international support, virtually all its measures announced and being implemented, are domestically financed. This is true of the ambitious National Solar Mission and more importantly, India is the only emerging economy to put a fairly high cess of Rs 400 a tonne on coal that goes into a Clean Energy Fund to finance renewable energy projects and energy efficiency projects. It is another matter that the funds are underutilised.

The point to be made is that despite its low level of per capita energy consumption, half of the global average, India is doing much more than most developed countries to meet the challenge of climate change. Its National Action Plan on Climate Change, announced in 2008, had stated that energy security and climate change were two sides of the same coin, that for meeting this twin challenge, India was committed to a long-term shift from a pattern of economic growth based on fossil fuels to one based on renewable sources of energy such as solar energy and clean sources of energy such as nuclear energy. India is already undertaking this strategic shift and this is in its own interest. Modi has made this point regularly.

What should India’s climate change strategy be in the light of Trump’s decision to exit the agreement?

One, India should continue its adherence to the agreement. Since it is a framework agreement which remains to be fleshed out in subsequent negotiations, there should be a determined effort to operationalise principles of equity, of common and differentiated responsibilities and respective capabilities (CBDR principle), of transparency in evaluating performance in achieving targets but equally in the level of financial and technological support provided by developed countries to developing countries. With the absence of the US in the post-Paris deliberations, the opposition to these measures is likely to diminish. It is the US which has pressed for “equal commitments” as against the CBDR principle and for intrusive evaluation without the flexibilities recognised under the agreement.

Two, India must reject any demand for re-negotiation in order to keep the US within the agreement’s fold. It is better for the US to be isolated in this case; the argument that as the world’s leading economy and second largest emitter, the US should be kept within the tent should be rejected. Every such effort, since the Bali Action Plan was adopted in 2007, led to a race to the bottom in terms of the nature of commitments and strict compliance procedures originally envisaged under the original UN Framework Convention on Climate Change (UNFCCC). A further dilution to an already anaemic agreement would make it a complete farce.

Three, India should explore opportunities to revive a coalition of emerging economies, including China, to ensure that the ongoing multilateral negotiations to impart substantive content and to spell out specific measures elaborating the general provisions of the agreement, adhere to the principles and provisions of the UNFCCC. India and China had worked very closely in the run-up to the Copenhagen Climate Summit in 2009. Along with Brazil and South Africa, they had succeeded in forestalling the US and Western attempts to eviscerate the UNFCCC and shift the burden of tackling climate change on to the shoulders of the developing countries.

However, subsequently China began cutting bilateral deals with the US rather than working together with other emerging economies. Now that the US has abandoned ship, perhaps the Chinese may see merit in reviving the BASIC (Brazil, South Africa, India and China) coalition to ensure that the Paris agreement remains aligned with the UNFCCC and that the principle of equity remains the bedrock of international efforts to combat climate change.

By arrangement with The Tribune, where this article first appeared.